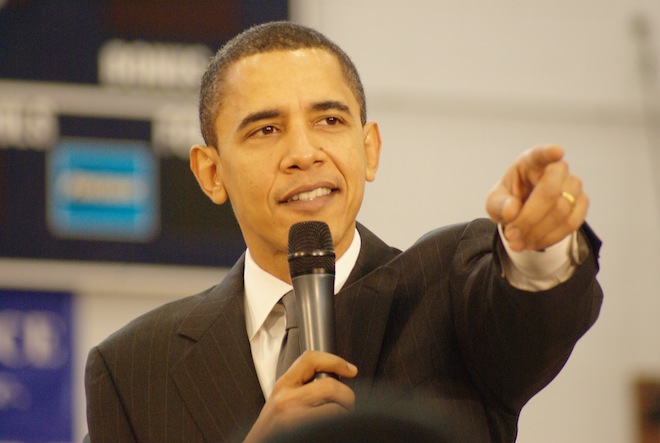 Reddit, the funniest site on the Internet after 9GAG (I kid, I kid) certainly got a lot of attention when U.S. President Barack Obama decided to stop by for an impromptu ‘Ask Me Anything’ (AMA) session on Wednesday.

The site also got a lot of incoming traffic thanks to a mountain of media reports and smart use of Team Obama’s social media channels – and of course hordes of existing redditors who are still dizzy from the event.

In case you’re keeping track: the AMA has 24,222 comments and counting.

In a separate thread, Reddit moderator karmanaut shared a link to traffic stats highlighting the huge spike that resulted in a bit of downtime for the site.

They’re now gunning for Jay-Z, by the way, which could cause 99 other problems.

The key takeaways from the shared ObAMA stats:

The iAmA subreddit welcomed 7,1 million unique visitors who accounted for 31.2 million pageviews in August so far (we assume those stats will be updated when the month actually ends).

For your comparison, the social news and community website clocked:

On Tuesday the 28th of August, about 556,000 unique visitors came to the site’s iAmA subreddit, driving 1.27 million pageviews for the day.

And that was a rather good day, traffic-wise.

On Wednesday the 29th of August, when President Barack Obama took to Reddit for the AMA, the subreddit registered 1.63 million unique visitors and a whopping 4.4 million pageviews for the day.

The day after, pageviews levelled off but the number of unique visitors stayed largely the same.

Update: in case we confused you, we’re sorry. Just to be clear: these are traffic stats for the iAmA subreddit section only, not the whole site. Amazing, yes.

The Obama spike is even more apparent when you look at the graph for the hourly metrics:

And here are the monthly and daily traffic statistic graphs, which are pretty self-explanatory:

And finally, the number of Presidential AMAs on Reddit so far (courtesy of user CherrySlurpee):

Read next: Issue v0.8: Letter from the Editor