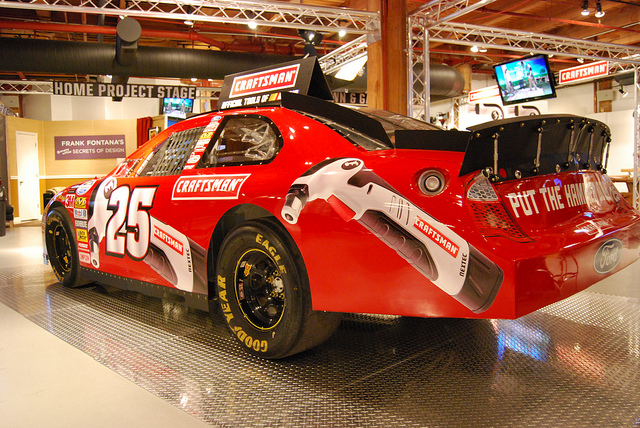 Even if you’re not a fan of NASCAR, you know that the partnership it announced with Twitter last month is pretty interesting. The professional driving league became the first pro sports partnership for Twitter, and is probably going to serve as the guinea pig for future partnerships.

In a blog post today, Twitter talked a bit more about what we’re going to see from the duo, starting this weekend at the Pocono 400.

This weekend, Twitter will take you onto the track, into the pit, and among the crowd at the Pocono 400 with twitter.com/#NASCAR. You’ll discover the best Tweets, photos and perspectives from NASCAR drivers and their families, crews, commentators, celebrities and fans – all in a single timeline. You’ll also discover the #NASCAR page when you search or click #NASCAR on twitter.com or mobile.twitter.com.

Throughout the weekend – but especially during the race – a combination of algorithms and curation will surface the most interesting Tweets to bring you closer to all of the action happening around the track, from the garage to the victory lane.

Ever wonder how they get a water bottle to @KyleBusch , now you know. #NASCAR twitter.com/TheKBshow/stat…

This new “timeline” is surely a beefed up version of its current live hashtag stream, but as we reported last month, the service is deploying human editors to construct it. At the time, the two companies said that there wasn’t any monetary considerations, but if this thing hums nicely, I can imagine Twitter asking for a hefty sum for it in the future.

Anyone watching the Pocono 400 on Sunday — even if you’re not a current Twitter user — can visit twitter.com/#NASCAR watch the race unfold from every angle, and get insider access to all the places the cameras can’t take you. For example, teams will update you with information about how their car is performing in the race and what their strategy will be when they come into pit road. You’ll also see photos from the pit and read what the drivers and spotters are saying in the heat of the moment.

Leagues like the NFL and NBA prohibit its teams and players from tweeting during games, but perhaps a partnership like this might open their eyes to something more formal that can benefit the fans.

The Pocono 400 is scheduled to start Sunday June 10 at noon ET, so if you’re interested in seeing the future of how Twitter can cover live events, this is your chance.

Read next: Lean Startup Machine is looking to trim the fat off London startups