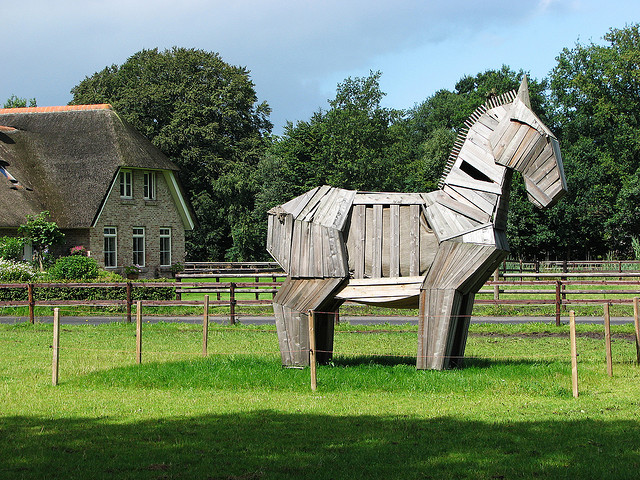 During the hush of the weekend after Facebook’s IPO bonanza, and Mark Zuckerberg’s wedding, Microsoft unleashed its entry into the social vertical. The site, called So.cl, is positioned as a research tool for students.

The project comes out of Microsoft’s FUSE Labs, a division of the company that is working on other research tools that compliment social networking sites like Facebook. Microsoft definitely wants you to believe that the project was created with students in mind, so much so that the word “student” is mentioned six times in its FAQ page for the product. However, I’m not so sold on this educational mission.

The reason? Also in its FAQ is this gem:

We expect students to continue using products such as Facebook, Twitter, LinkedIn and other existing social networks, as well as Bing, Google and other search tools

Even though I don’t believe that Google+ is a “social network”, it surely is a social layer worth mentioning. FUSE labs decided not to, so let the competition begin.

Describing the service as a great social tool for students is a brilliant move, as positioning a social product directly at colleges worked in the past. Just ask Facebook. Having said that, Microsoft has chosen this very weekend to make the product live for anyone and everyone, an obvious signal that this project isn’t all about students. It would have been easy to keep So.cl open to students-only, but it chose not to.

The So.cl mouthpiece for Bing

The product, pronounced “social”, lets you socialize your search results and mix and mash others results with what you find. In a way the product is similar to Wikipedia in that you can collaborate on building an interesting social search result for any person, place, or thing:

As a member of the site, you are urged to “riff” on people’s searches, meaning add more relevant pieces of information to the search result posted by So.cl’s users. Sounds like a great way for Bing to build search results, huh?

However, Microsoft wants you to know that So.cl is not a Bing product:

Is So.cl a part of Bing?
No, So.cl is a research project from FUSE Labs in Microsoft Research that is focused on learning more about social search. So.cl uses Bing for search data via the public API, but it is not a Bing product.

I can’t be the only one to read the above snipped (again for its FAQ page) and think that Microsoft is trying to slide this one past us as this altruistic research tool in such a way that makes it obvious that it’s not.

It’s not all research and search though, as So.cl has a feature called “video parties” that feel a lot like Chill’s product in that you can select a YouTube video, or series of videos, and watch them with your friends while chatting:

The nice part about this feature is that once you join the party, you can keep using the site and the sound will play in the background. This however, is not a “research tool” aimed at students like Microsoft would like you to believe.

In the same way that I believe Google+ to be the “social glue” to all of Google’s products, including search, So.cl appears to be the exact same play for Microsoft. It’s not a bad idea, but it’s clearly in response to Google’s success in pulling all of its products together with a “social spine”.

However, positioning the product as a research tool aimed at students is such an obvious way of saying “Hey, if this doesn’t work it doesn’t matter, it was a research experiment for students”, and it shows just how early on we are in the social spectrum of the Internet’s evolution.

With So.cl, Microsoft is going to attempt to fight off any of Facebook’s “ankle-biters”, and it’s not a bad idea since the company is so heavily invested in Facebook’s success. In addition, if Facebook ever does introduce a search product, it’s more than likely going to be a collaboration with Microsoft’s Bing.

At the end of the day, this is a smart idea to get people socializing with Bing search results. But don’t be fooled, this is a product for everyone. At least, Microsoft hopes.