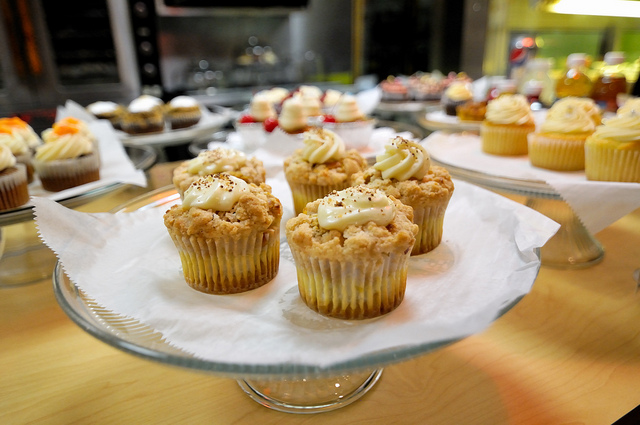 In the past 24 hours, coverage has spread across the Internet of the launch of a new feature by Facebook, one that allows businesses and brands to utilise an ‘Offers’ feature that delivers daily deals to a brand’s Page and a user’s News Feed.

The new service is a twist on the traditional Daily Deals market, particularly because it allows Facebook users to remain in direct control over the offers they see. Instead of functioning as a dedicated website like Groupon, LivingSocial and AmazonOffers, Facebook has the ability to drop targeted deals into a user’s News Feed in line with status updates, photo posts, location checkins and other more social features.

To some, it may be puzzling as to why it has been reported that Facebook launched Offers over the past couple of days. The truth is, it didn’t. The company actually announced and rolled out the feature on February 29:

Offers are a free new way for businesses to share discounts and promotions directly from a Facebook Page. They can be distributed through the News Feed or promoted as Sponsored Stories. People can redeem Offers via email or on a mobile device.

The launch was somewhat understated, maybe because Facebook’s previous attempt at brand promotion ‘Facebook Deals’ didn’t gain much traction when it launched. However, we’ve already seen a select number of businesses have already been dropping offers into Page subscriber’s feeds.

Ocado’s deal hit on March 20, offering the traditional baked Easter treat to people who had ‘Liked’ its page. To claim it, Facebook user’s simply had to hit ‘Claim Offer’ next to the advert (whilst it was live) and a small box would pop up, stating that details of the deal would be emailed to the user’s email inbox.

In this case, those who redeemed the offer were emailed a promotion code, which could then be entered into the company’s checkout page, ensuring they would remain free.

In operation, it works almost exactly the same as Groupon and LivingSocial, placing the responsibility on the advertiser or the brand to facilitate the remainder of the deal process. Facebook serves as the delivery medium, a large one with 850 million users, driving pageviews and interest to a brand’s promotion.

What makes it different from Groupon et al?

Whilst the redemption process is similar to that of more established daily deals websites, Facebook’s ace card is that Offers are already delivered in such a way that makes it easier for them to spread virally.

Groupon hopes that if a user signs up to its daily emails or subscribes via the application, they will be directed to the deal, allowing them to ‘Buy it Now’ and, in this case, save 77% or £60 on their day out.

However, take a look at  Groupon’s recommendation system (bottom left of the image). There are three options to share the deal with friends, one is a Facebook sharing widget with the other two consisting of Twitter and Email. No doubt people will click on these buttons and share the deal with their Facebook and Twitter friends, but it’s another step in what could be an already lengthy redemption and sharing process.

On Facebook, you don’t need to visit an additional website. In fact, deals will be delivered in such a way that they will appear in between your existing News Feed updates. If a particular deal resonates with you, you hit ‘Get Offer’ and details of how to redeem your Offer are sent automatically to your email address.

Facebook’s sharing tools are seeing increased usage — we also use Facebook sharing widgets to help share articles — because no matter where you go across the web, more often than not there is an option to share a post or a webpage. The same can be said of Facebook’s own posts (which includes Offers); each post has a Share link which can be clicked to allow the quick sharing to a user’s own Timeline:

More interestingly, when a user claims an offer, a story about it will be added to their timeline. By default, the story is visible to that person’s friends, but they can change the audience of the story before they post it.

The bigger the brand, the wider the Offer can potentially spread.

Won’t it pollute the News Feed?

Facebook is a business, a company that has already successfully built a targeted advertising platform. When a service is free, users often have to expect that its owner will monetize its users or incorporate tools and services to boost its revenue streams.

Currently, Facebook Offers are only available to a select number of advertisers and they can be run at no charge to companies that are able to place them. You may argue that this could pollute the News Feed, turning you off your favourite brand.

Facebook has been clever to implement an ‘all or nothing’ scenario when it comes to viewing Offers.

To hide an offer from your news feed, hover over the top-right corner, click the drop-down menu and choose what you’d like to hide:

This could alarm users, because it means they have no way to mute promotions, other than to hide them individually. But what it does do is put the onus on the brand to market itself effectively and not spam its users, because if it goes all-out and posts a large number of deals in a short amount of time, fans of its Page are likely to unsubscribe and effectively drop support for that company.

Facebook isn’t only going to show Offers in the browser, they will also come to your mobile, giving it another edge over its rivals. The company has looked to make the process as simple as possible; all you do is hit the ‘Get Offer’ link and the details of the deal are sent to you via email. No lengthy terms, no bold advertising, it just merges with existing content.

Why aren’t I seeing Offers and when will I be able to redeem them?

Facebook’s official line on Offer availability is as follows:

Offers are available in beta to a limited number of local business Pages. We plan to launch offers more broadly soon.

That means that only a small number of companies are currently able to create an Offer on their official Facebook Page, at least until the company rolls the feature out to all accounts. Businesses are able to connect with their advertising managers at Facebook to request access, but the process has been intentionally limited for now.

However, given that the company recently posted the following video to its official Facebook account, it may signify that the company is ready to push ahead with its new promotional tool and roll it out to more accounts:

To ensure you see Offers from the brands you follow, you need to make sure that you are a fan of their Facebook Page. Facebook says this is the best way for you to keep updated on such deals, regardless of their plans.

This is the million-dollar question. Facebook users are generally somewhat resistant to change, but Offers display as normal updates and don’t appear unless the user has decided they want to follow that brand or business.

With the user in control over what he/she sees, Offers has huge potential to drive interaction between consumers and the brands they like, it’s not like Groupon which is forced to advertise any deal that is placed with it on that particular day.

If you love Nike, you can ‘Like’ the sports brand and maybe in time Offers will appear in your Timeline, giving you the chance to jump on a money-saving deal. If not, the company will still continue to post updates to its Page, driving interaction via different means.

Lots of businesses have taken to the Daily Deal market to increase sales, many have failed. Groupon is struggling to maintain its success but Facebook’s ability to display Offers in amongst existing updates means potentially millions of people will be able to see new promotions the minute they hit, spreading them wider when people redeem them.

Read next: Microsoft vs.Facebook – Who got the better bang for their billion?