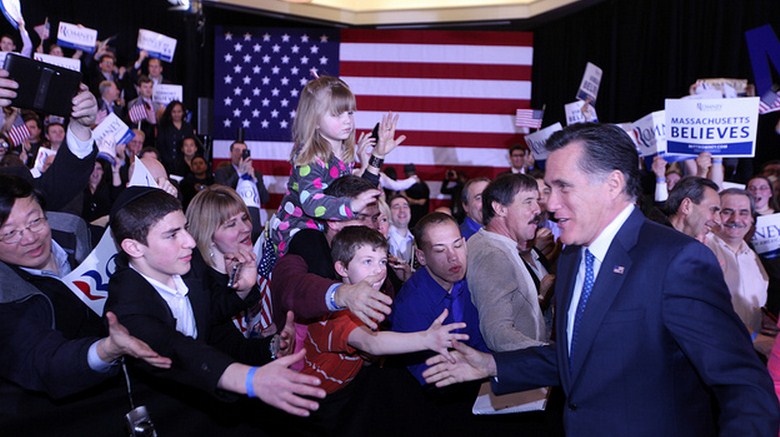 This post is something of a medley, because we are not exactly sure where to start. It involves two things that you are by now certainly aware of: Mitt Romney, frontrunner for the Republican presidential nomination, and Pinterest, the hot app.

We start in February, when Ann Romney, Mitt’s wife, joined Pinterest. Given the hype that was swirling around Pinterest then, and the vicious primary struggle that her husband was engaged in, the news made a few ripples. However, more important issues reigned quickly.

However, while that was a rather relaxed episode between the Romney clan and the startup, things have taken a snarkier turn. Usually we would say ‘darker’ there, but this is Pinterest, so we are going to keep it light. Here’s what’s going on: first, a small, but growing ‘pinboard,’ has been compiled where users are pinning various toys that they think poke fun of the former governor. For example two users have pinned a play money set, riffing off of Romney’s substantial personal fortune.

But that’s only one of three current campaigns that are live at the moment. Much more active is a collection of Etch A Sketch devices, each carrying sayings that lampoon Mr. Romney. We’re not going to repeat them here, as we don’t want to spread a specific political message. If you don’t understand the reason for this joke, you’ve had your political radar switched off. Here, get caught up.

Finally, and this is a first according to BuzzFeed, progressive blog ThinkProgress has actually managed to create a Pinterest attack ad. Guess who it targets.

Is this all a bit goofy? Sure, but it’s always interesting to see a formerly niche technology product grow, finding new demographics in the process. I would not have guessed that Pinterest would become a minor political flashpoint. We have our eyes peeled for more of this sort of thing, as it can be indicative of the product maturity of a service like Pinterest, and the makeup of its user base.