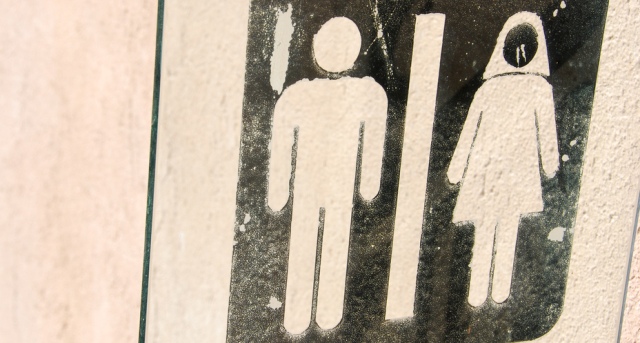 “The battle of the sexes has raged for centuries, and today men and women use social media in very different ways based on the same underlying human characteristics.”

Men are from Foursquare, women are from Facebook. An alluring headline, and one that certainly grabbed our attention during Social Media Week. Could it really be true – guys are more in tune with the Foursquare way of doing things, whilst gals gravitate towards Facebook?

Helen Nowicka, UK head of digital/EMEA social media strategist at Porter Novelli, was on hand to guide us through the thinking behind the tongue-in-cheek title. “It is about something very important, and that’s relationships,” said Nowicka. “The relationships between men, women and social media, and the relationships we have between friends in social media. Men and women are both very active on social networks, but what we’ve found five trends that really show different online behaviours reflecting their offline preferences”

Of course, this make sense, right? The intrinsic difference between men and women should naturally be reflected in their social networking habits on the Internet. And it’s these habits that Nowicka says can help businesses fine-tune the way they target consumers online, “…understanding these can help shape digital strategies and delivery,” she says.


The Porter Novelli study looked at around 10,000 consumers across the UK, France, Germany, Spain, Portugal, Belgium and the Netherlands, and found some interesting insights.

If I was to write an executive summary, it would run roughly as such: Men prefer to share status and promote their opinions, whereas women use social to build on existing connections, whilst interacting with friends and family.

Women are more socially active than men, with 65% of women accessing social media at least once a week, compared with just 51% of men. This trend holds true across Europe.

2. Women are more likely to connect with the people that they know

Women strengthen existing friendships through social networks. Women are more likely to connect with people they know, with 93% using social media to read posts and view pictures from friends, or to comment on their friends’ profiles. For men the numbers dropped to 89% and 84% respectively.

3. UK women are most likely to ‘friend’ or ‘follow’ brands for deals

UK women lead Europe in terms of following brands to access deals and offers, with around 64% of women motivated by discounts in social media, compared to a European average of just 52%. UK men, on the other hand, ranked at 56%.

4. Men are more likely to display status or opinions in social media

If you were wondering where the Foursquare/Facebook angle was coming, this is it. The study found that men are more likely to say where they are, with 45% of UK men using social media to check-in to places compared with only a third of women. This was consistent across the European markets studied.

According to Forrester research, women prefer to participate in communities, share information, and engage in conversation, whereas communication among men online is more linear and competitive. “Men are more likely than women to be collectors, creators, and critics,” says the Forrester research. “They watch videos, create content, and are more dominant in posting opinions in online forums. For example, only 15% of Wikipedia content is female-generated.”

The Wall Street Journal studied a week of Foursquare check-ins, and found that from 100 categories women were most likely to check-in to cosmetic shops, doctors’ offices, educational venues and shops. Men? Well, apparently gay bars and tech-startups had the highest proportion of men, whilst travel and airports also featured highly.

In contrast to the European figures, the week’s global data showed that 60% of check-ins were male, 38% were female and, well, it’s anyone’s guess where the other 2% lies.

5. Men are more active in the blogosphere

We’ve previously reported on how more females read The Next Web than the average tech blog, but it seems men are far more active in the blogosphere over all. 54% of digitally-active men say they seek out other people’s blogs to read, compared with 46% of women.

The Next Web is out and about at Social Media Week in both London and New York this week, and you can monitor all our coverage here.

Read next: Despite the iPhone's monumental Q4, Android still powered 50% of all smartphones sold