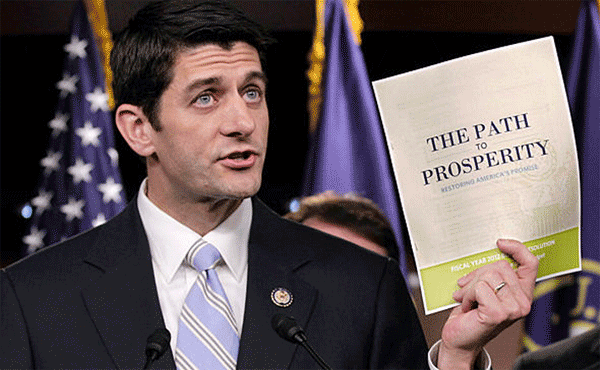 It’s an odd world we live in when a group of Internet denizens can raise a sufficient stink that a very influential member of the US House of Representatives has to issue a short statement refuting some audaciously false claims. That the statement was released on Facebook makes the moment all the more surreal.

Paul Ryan, like him or not, is an important person. He has crafted much of the intellectual copy that one of this country’s two parties intends to use over the coming few years to guide their budget construction. Sure, Ryan is controversial, as his plans don’t sit well with all, but he is an affecting individual.

Which is why Reddit went after him, as part of its new ‘Let’s Take On Congress’ operation, which is still very much in its teething process. Ryan was, at times, targeted as a co-sponsor of SOPA. This is not the case. But like all misinformation, it had a habit of spreading. I think it was Mark Twain who said that ‘a lie can go ’round the world twice before the truth has time to put on its pants.’ But I digress.

The Ryan camp, perhaps somewhat irked at the money and support that Reddit began to funnel towards his upcoming rival, Rob Zerban, put out a short statement to the effect that not only is Ryan not a co-sponsor of SOPA, but that he doesn’t necessarily support it at all:

“Contrary to false reports, Congressman Paul Ryan is not a cosponsor of H.R. 3261, the Stop Online Piracy Act. He remains committed to advancing policies that protect free speech and foster innovation online and will continue to follow the House Judiciary Committee’s deliberations on this issue carefully.”

What that is intended to say is that Mr. Ryan is theoretically watching the hearings and will make up his mind on the issue at a later date. I doubt that he really has no inclination on the matter, but it’s interesting to see the gymnastics required to keep a target off his back. From our coverage of the new Reddit campaign yesterday:

Welcome, I suspect, to the new Reddit. The site has grown and changed in recent years (you can check my bona fides here), which has given its power new potential. Its size means that it can impact real change whenever it so decides; it has raised hundreds of thousands of dollars for charity, and could repeat the feat to impact a political cycle.

The site caused enough grief for Go Daddy that it led to a policy change a massive company. It can drive media narratives, send thousands to the phones, and write pounds of letters. Any politician would be off their collective nut to not understand this. The Graham attack has been put on hold, but today Reddit targeted a handful of Congressional members that it doesn’t like. If it so chooses, it could drive money, support, and media attention to their opponents. Reddit could seriously impact the coming political cycle.

Slacktavism indeed. Cash speaks in politics, and the media is always starved for a fresh story. Reddit is a fountain of both. I honestly don’t know, or care, if what the /r/Politics team did today will lead to much. Consider it a warm up. Once we get closer to the tie of elections however, I expect Reddit to be a hotbed of fundraising and communication.

It seems that we had it right. Ryan has already been forced to make a statement. Small potatoes are small potatoes, but I do think that this is simply an early example of what could be shipping down the pipe.

Read next: Anonymous posts threat against Sony (and Justin Bieber) over SOPA support