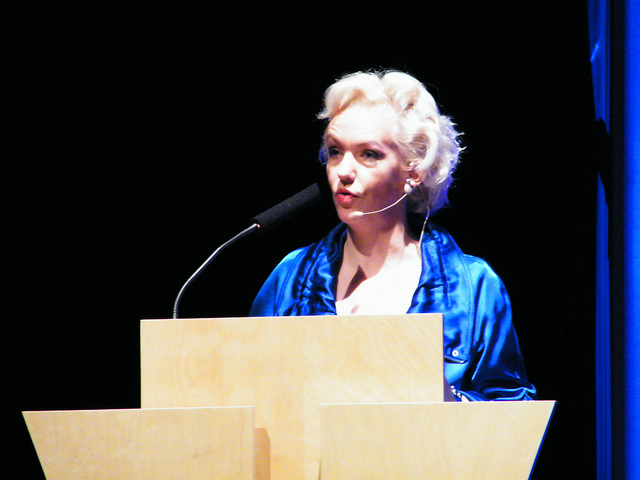 With all of the social networking sites at our disposal, we’ve become somewhat robotic in how we share, and what we share. And then somehow real life always kicks back in and you’re smacked in the face with reality.

There are actual people behind those computers and avatars.

For all of the horror stories you hear about Facebook privacy, or accidental tweets featuring the junk of some politician, there are heartwarming stories that remind us that the Internet isn’t all that bad after all. It’s a place to be ourselves, reach people we would have never been able to reach, and share things that we’ve never shared before.

Five years ago, you didn’t broadcast the fact that you had cancer. Some people can’t even say the word cancer out loud. It wasn’t what people wanted to hear, it wasn’t what you wanted to say, and it certainly wasn’t something you’d think would help your road to recovery if it were to affect you directly. But that’s no longer the case.

Over the past few weeks, many friends of ours in the tech community, and more importantly, real people who do amazing things, have shared the fact that they have cancer with the world.

Last week, a good friend of mine DM’d me. It’s always nice to hear from her, but this DM wasn’t a happy one. I was on a train ride back from visiting the Googleplex, and it simply said “I have breast cancer”. Now, Xeni Jardin of Boing Boing is one of the strongest people I know, and has used the publication she founded to get the word out about everything from political turmoil in countries all over the world, to the Occupy movement right here in the U.S. Now, she’s using her voice to share something more personal, but more powerful than she’s ever shared before.

Using your online voice to help others

In a post today on Boing Boing, Xeni talked about her fight and what was going through her mind leading up to her mammogram that informed her Doctors that she had breast cancer.

Now, before I get into her story, I have to tell you that if you have never been diagnosed with cancer, it’s something like being broken up with by your significant other while riding a roller coaster downhill and you have no restraints on you, while at the same time wanting to vomit on anything in front of you. And that doesn’t even tell half of it.

In Jardin’s post, “The Diagnosis”, she starts off with the following:

Boing Boing has millions of readers, and now millions of people know someone who has cancer. That’s the difficult part of battling any disease, it doesn’t mean that much to you until it affects you directly. That’s where the social web really has a chance in changing the way we regard our health and value others.

It’s not just Xeni, MacStories own Federico Viticci has informed his friends and followers online that he too has cancer:

I have cancer. I will defeat it, and come back healthier than ever before.

Normally, I wouldn’t share every bit of my personal life on Twitter, online, with people I’ve never met. But I decided to make an exception this time, not because of the subject itself — because it just felt right to let friends, readers and coworkers know what is going on, why I’m not replying to email and why I haven’t been writing.

The Apple and Twitter community changed my life in the past three years, allowing me to write about the stuff I love for a living.

I’m sure you’re sensing a trend. We’ve become one with our computers and digital lives. No longer are they separated by a username and an avatar. What drives people to share very personal and intimate details of their lives online? The same thing that drives us to share things that we find to be funny, cool, or downright entertaining. We do things that get a reaction from people, and sometimes the reaction we get isn’t laughter. And that’s human.

I’m sure that Xeni and Ticci don’t want your tears or your “I’m Sorry’s”, but what they do want and do deserve is your attention and support. We’ve watched Xeni blog about things she cares about, and have seen video clips she has done on Virgin America flights. It’s not time to stop paying attention, it’s time to start paying more attention.

If we pay attention to less things more of the time, those things will innately become more important and more worthwhile to spend our time on. Ticci said he doesn’t want a hashtag campaign on Twitter or anything fancy to support him. People deal with things differently, but what these two folks have in common is that they’re brave, and they have a voice.

And you should shut up and listen to them. It could save your life.

This weekend we’ll share ways on how you can do your part to support the cancer community using the web.

Read next: Sometimes you just need to blow something up