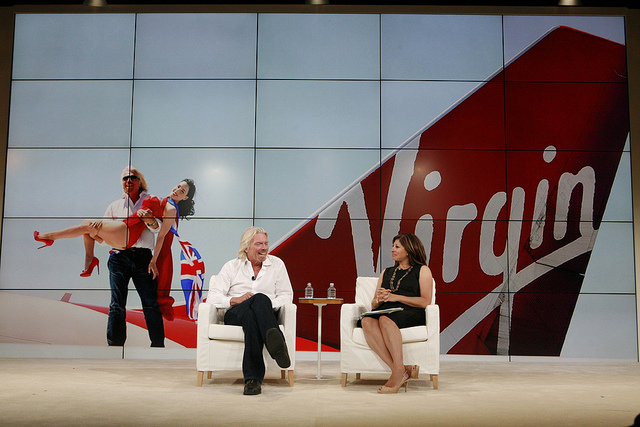 Big brands like Virgin are really starting to get the hang of Google+ and social media. In a recent blog post by Virgin Group Founder Richard Branson, he discussed his use of social interactions via Google+, noting how easily he was able to share his experience well beyond his laptop.

Branson also noted how impressed he was after attending the annual Google Zeitgeist in Scottsdale, Arizona where he and a few others learned the ins and outs of great minds transforming their lives with everything from pencils and handheld cameras to robots and social media.

The forward-thinking atmosphere at the event may have been just the kick in the butt Branson needed to prompt him into taking an interview via Google+ Hangouts for the first time.

“Virgin was made for social media.”

With over 300 companies in over 30 countries, the Virgin Group has already expanded into several lifestyle categories such as leisure, travel, tourism, mobile, broadband, TV, radio, music festivals, finance and health. Branson states that Virgin is something of a “chatty” brand, as it regularly enjoys talking with its customers and guests about how to improve their experience with Virgin, stating that Virgin was essentially made for social media.

After being invited by Google’s THINK Quarterly for an interview, Branson suggested they use Google+ Hangouts to conduct the meeting, as he values the “intimacy and trust built through a handshake, eye contact, and a pat on the back.”

“A few days later, the ever-so patient Caroline sat in her office in Chelsea, NYC and helped ease me through my first hangout whilst in my Necker Island office…”

As Branson demonstrated above, reaching for creative success often means embracing the unfamiliar. With brands like Virgin beginning to more openly voice their opinion on social media (including working budding platforms like Google+ into its social strategy), it will be interesting to see how small to medium-sized businesses adapt to changes in the way they interact with brand consumers in the future.