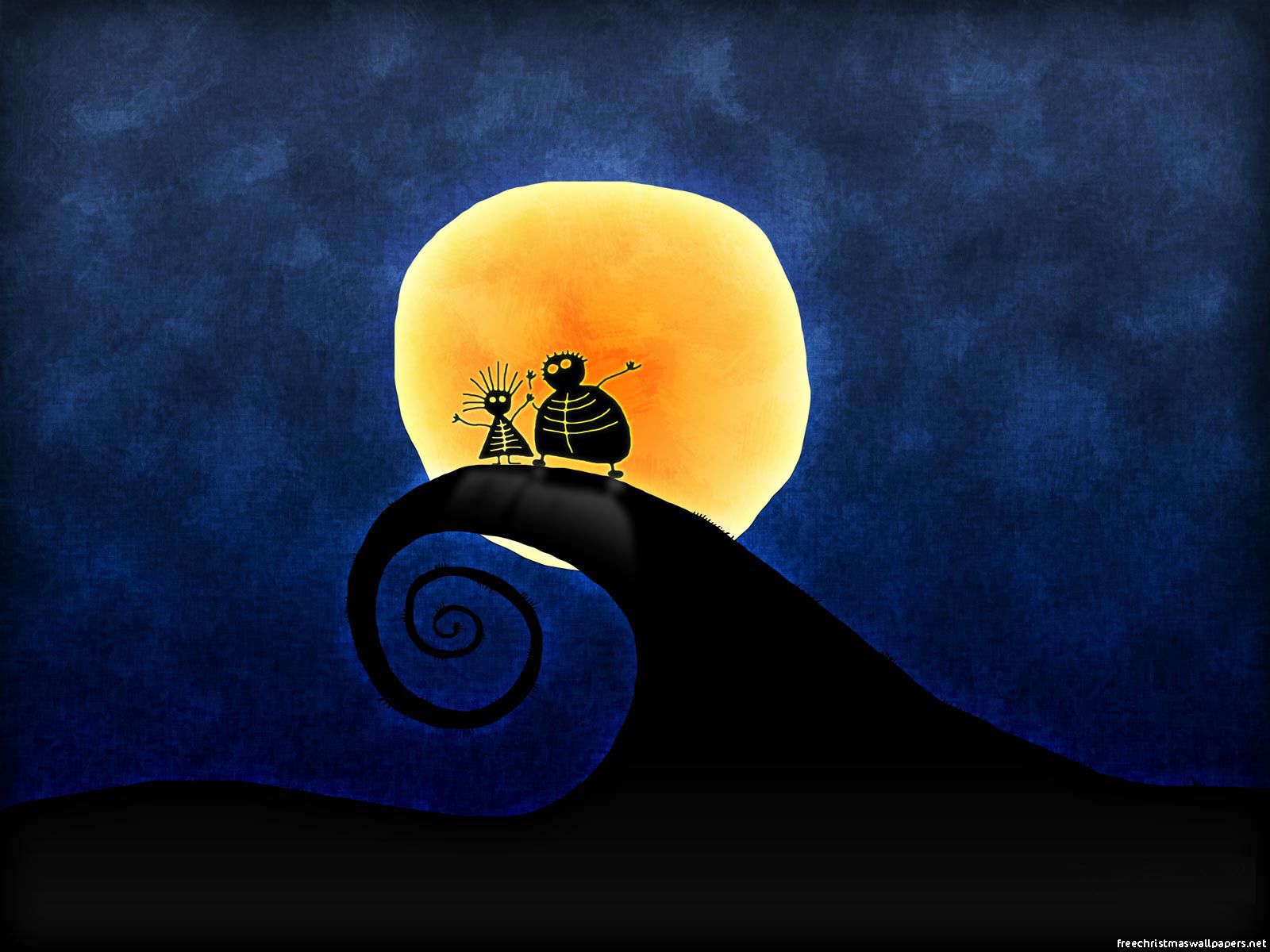 While social media may be the pervasive form of communicating online today, it’s not without its inherent flaws and dangers. We’ve seen companies made and ruined, as well as the same happen for personal reputations, all because of the behavior that is relayed via social media. While it’s always infinitely easier to give advice than to take it, sometimes what we have to do is take a step back to examine cases as they have happened in order to learn from them.

It’s with that in mind that I went to work this past week, asking people for their social media horror stories. It’s either sad or fortunate that what most people consider to be a horror story is really nothing more than a typical first-world problem, but there were a few stories that stood out among the rest.

Here’s where I’ll tell you that every story relayed here is based on something that has actually happened. The names have changed, the businesses have changed, but the stories are all real. If you think that you recognize one of them…well…you’re probably right.

So here we go. We’ll be taking a look at some cases where social became a nightmare, and then we’ll also point out some ways that things could have gone for the better. Our first story is one of fine dining, a terrible illness and the troubles that followed.

This story hits really close to home for me. My brother-in-law is a chef at a popular group of restaurants in one of the more affluent suburbs of Nashville. The restaurants haven’t used social very much as of yet, partially because they haven’t had a good understanding of exactly how it should be done. When I heard the restaurant story that follows, the only thing running through my mind was that I was glad my brother-in-law’s restaurant group was taking strides in the right direction to make sure that nothing similar happened to them. b

The story itself comes from a restaurant owner who found himself in a very difficult situation after a diner fell ill immediately after eating at the establishment. The diner, adding two and two together, made a public statement on Twitter that he felt that the restaurant had given him food poisoning. Unfortunately, that’s as far as the diner’s attempts to contact the restaurant went.

The restaurant’s Twitter account had been active for some time, initially set up by an employee of the establishment as a gesture of that employee’s willingness to lead the company’s foray into social. Typically speaking the account was only used to broadcast specials, events held at the restaurant and the like. There was little to no conversation being held.

So while the diner was at home sick, nobody was responding to them via Twitter. Instead, the conversation snowballed between the diner and several of his friends, eventually leading to a Twitter contact (claiming to be a lawyer himself) suggesting that the diner seek legal council for wages lost due to time spent sick, as well as any hospital bills incurred.

Now here’s where things take a drastic turn for the worse. The employee who had started the account was also the only one who had access to it. The following day the employee saw the mentions and starting immediately refuting the claims made by the diner, even going so far as to call the diner a “damned liar” via the restaurant’s account. The owner? Clueless to the entire conversation.

The diner did in fact go to the hospital, where an intravenous drip of fluids was started in order to combat dehydration from vomiting and diarrhea. The diner stayed the night in the emergency department, then went home the next day. When the bill arrived several days later, the diner provided it to his lawyer and the lawyer then contacted the restaurant owner.

Unfortunately, this is the first that the owner had heard of the scenario, though it appeared publicly that the restaurant had spoken at length with the diner and his contacts. The owner found himself on the receiving end of a small claims lawsuit for which he had to pay handsomely.

The end result of this is that the overzealous employee has since been fired from the restaurant for misrepresenting the company. The social accounts are now in the hands of a professional staff member who was hired with the strict role of managing every Internet presence of the restaurant.

Now, how could this have been avoided? The first thing to realize, for all business owners, is that sometimes hiring an extremely eager employee means that the eagerness can do more harm than good. The second thing to understand is that  your customers are probably already talking about you online, regardless of if you’ve chosen to be online yourself. It’s a simple matter of changing communications, and businesses absolutely must be prepared to represent themselves in online forums. While best practice would dictate staff to handle your social presence, even something as simple as “I’m very sorry for your trouble. Could you please contact me directly at (phone number) so that we can resolve the issue?” would have likely prevented the nightmare scenario that we heard here.

It’s a tough lesson learned, but it’s an important one for other business to understand and appreciate.

Our next scenario comes from someone that we’ll call Jane. That’s generic enough, right? Good. Here we go.

You see, Jane is your typical social media butterfly. She’s on Twitter, has a Facebook profile, a fan page for her art work (which is just a hobby, and doesn’t pay the bills), she monitors her Klout account and she’s even the head of a few LinkedIn groups. Jane is one of those people who other people refer to as social media “experts”. The problem is that Jane has laid aside privacy to the point that she has put herself in danger. Because she has chosen to broadcast her every move via location services, she has provided panoramic photographs of her house, her neighborhood and even her yoga studio, anybody who follows her would have an intricate understanding of her daily routine. Worse yet, according to security experts, is that her routine absolutely doesn’t change. At 3pm, every Friday, you can find Jane at her local coffee house. At 7:30am every other day she’s walking in for a yoga session. Even though I never followed her until she contacted me, I could plot out Jane’s entire daily life in just a matter of minutes.

When she told me the story, I didn’t believe it for a moment. It was the stuff of urban legend. She came home, her entire apartment barren. Important papers, money and the like which were stored in a small safe were even gone because the safe itself was missing. There was nothing left but the walls, the floors and a phone charger plugged into an outlet in the kitchen. Her explanation?

So how do you prevent it? In this time when we’re all doing egotistical check-ins and telling the world our story through social media, how do you balance the two? It’s the question that almost all of us are having to figure out.

Unfortunately, this is an answer that’s going to be different for every person. Even as prone as I am to check-ins and social over-sharing, I have to draw boundaries. I have two kids, a wife and a life that is completely removed (as much as it can be) from what I talk about via social media. While I might share photographs, I’ll rarely ever do so with an “I’m here now” comment. It’s better, for me, if I keep that to myself.

The other easier part of this story lies in the thought that you really should vary your routine. It’s a matter of personal safety, whether you consider yourself paranoid or not. There’s a lot to be said for making certain that complete strangers can’t pick out your routine, no matter how mundane you might think it is.

Here’s one that relates quite heavily to me. Most people who follow me on Twitter do so because they know me because of The Next Web. But I use my Twitter as a personal account, too, simply because I’ve met up with a lot of great people and I choose to stay in touch with them even if I’m not working.

The story that was relayed to me here is when you find out that your personal life and the sharing of it adversely affects your company. While y0u might think that people are entertained by your strip clubbing and heavy drinking, those who only know you as a representative of your company might not only not want to hear it, but you could be ruining another entity’s reputation in the process.

That’s the problem that hit Jeff (yes, this name is fake too). In fact, I met Jeff because of his affiliation with his job so it was rather surprising to me when I one day no longer saw him on Twitter. I dropped him an email to find out the story, and to clear the relaying of the story to you.

Jeff tells me that too many of his work acquaintances had become acutely familiar with his personal life. As such, even though he kept in touch with them, he quickly found out from his boss that people were ending their business with the company because of Jeff’s personal actions that he shared in Twitter and Facebook.

So Jeff had a choice – Either get away from social media entirely, or start a new profile that was completely removed from his work. He chose the former, opting to focus on his job rather than social media. While this may be an extreme case, it’s certainly one way of dealing with the scenario.

So what are your horror stories? Have some for us? We’d love to hear about them in the  comments.