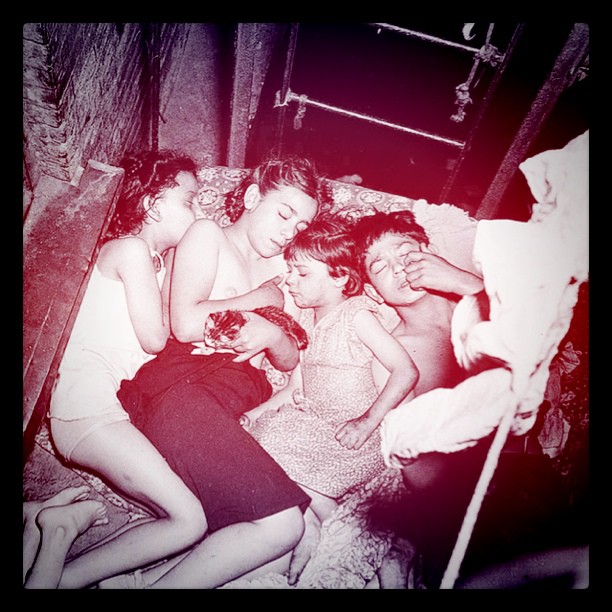 Mastergram is a new Tumblr blog that looks at how much emotion can be squeezed out of classic photos when they’re rendered with Instagram filters. Already some of the most recognizable photos of the 20th century, such as Loyalist Militia Man at the Moment of Death, Cerro Muriano by Robert Capa, Mastergram is arguably modifying photos that don’t need any help. Creator Andrew Emond admits, as much, saying that some photos may get better, and some worse as a result. You can judge for yourself, though, because underneath each Mastergram is a link to the original.

Instagram has a tendency to make many photographs more interesting than they actually are. The retro film effects prey on our sense of nostalgia, making even the most run-of-the-mill, poorly composed photograph appear to be something timeless and worth further attention.

This site applies these same digital filters to iconic images taken by highly regarded photographers through the ages. It’s an experiment done primarily for my own amusement, but I’m also interested in finding out how these digital manipulations alter our perceptions.

If the Instagram effect can make mundane images appear to be works of art, what happens when we apply the same filters to images that have historically been held in high regard? Is the imagery degraded or enhanced as a result? Does the effect add a new layer of meaning to the photo? Perhaps these are questions best left resolved by the viewer. Do you think Mastergram is too much? Some people probably would respond that if it ain’t broke, don’t fix it. If you try at hand at your own Mastergrams, we’d love to see what you come up with.

Read next: You have to check out this iPhone-controlled outdoor shower