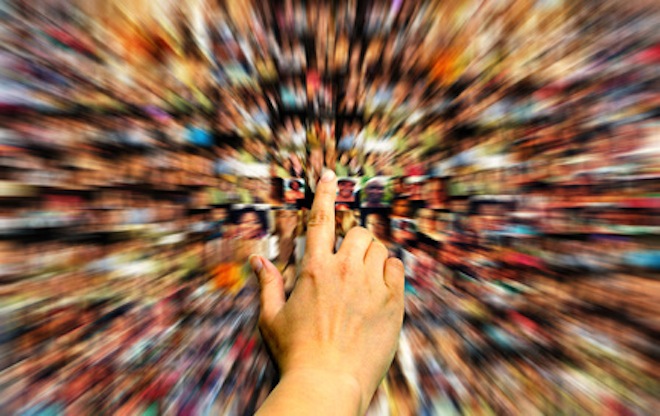 When we think about social media, it’s very easy to keep it sectioned off into nice, little containers. A thought passed along on Twitter might elicit a response, perhaps even a retweet. A Facebook status message is passed along and it gets a like or two.

But what about when it becomes something much more than the sum of its parts? What happens when lives change because of social media interaction? That was the question on my mind this week, so I turned (naturally) to social media in order to find some answers.

The responses that came my way ran the gamut from lighthearted and entertaining to truly heart-wrenching and difficult to read. I’ve condensed a few of them down and I thought I’d share them with you here.

We’ve all heard the stories of the world’s job markets. They’re tough to say the least and many people are turning toward more entrepreneurial ventures in order to find what they’re looking for.

Marga Deona is one such person. Deona relates her story of working as a publicity and campaign strategist, dating back to the earliest days of social media via LiveJournal, Friendster and Internet message boards. After spending years building her own network, she took the leap to working on her own.

“My breakthrough came when I, along with a group of people, took charge of the PR direction of a Presidential campaign last year. The reach of our efforts was phenomenal, with people rapidly sharing and retweeting every single [piece of] content we posted in support of the Presidential candidate.” Because of the impact of the highly-social campaign in the Philippines, Deona found more doors opening. Companies were sending her messages via Twitter, Facebook and email to do their PR strategies, she was invited to speak at seminars, on radio and elsewhere. But the most interesting twist to the story is how she began curating a businesses musical selection:

“One guy who added me on Facebook because of our common interest in triathlon sent me a message saying he found my musical taste “exquisite” and asked me to curate tracks for his shop. Turns out his family owns one of the biggest mall chains in the country, and he got me to do it for a sports arena that he was opening independent from the family business.”

Deona is far from alone. Though we often times hear about people making job connections via Twitter, Facebook and the like (heck, even my job at TNW began with a tweet), Alexis Lamster found her connection via Tumblr.

I had emailed a few times with this guy from Tumblr because we had common interests in food and photography. One day he emailed me to say he’d be in the neighborhood around my office and that we should meet up for coffee. Well, sort of thankfully I had just finishing pitching a big set of changes to my boss. I worked at a wedding website managing the advertising and sales department and suggested we make a set of changes to become the best website out there. My boss effectively said “These are great ideas but we don’t care enough to make them.”

Lamster was crushed, she said, but the coffee meeting with her friend Dave from Tumblr was like a perfectly-timed gift.

I couldn’t help but talk about what had just happened, how I wanted to work for a company where they wanted to make real change and be the best. He spoke a bit about his startup (Postling) and how they were just starting out. We realized that our wants were very much in line — I wanted to work for a startup and feel like I could make a great impact on a company, while they needed someone to help them get to MVP [minimum viable product] and find their target market.

So while many people turn to LinkedIn or some other, dedicated network for finding jobs, others are stumbling upon success in places that they might have never thought the would. We see it here on TNW quite often. A simple tweet, a Facebook status update, maybe a blog post…any of these can start off simply enough, but then snowball into a story that was never intended to have been told.

Oh sure, we have Airbnb, which allows anyone to rent out their unused space. Couchsurfing has been around for ages and we’re quite used to the social aspect of that. But what about other travels? Those stories are out there, too.

When I asked for stories on Twitter, one of the most common ones that I heard about were people who traveled to the different campuses of NASA in order to take part in a NASA Tweetup. We covered the story of NASA’s social media strategy in depth a couple of weeks ago, so that wasn’t necessarily surprising to see such a response from the faithful.

But I knew that there had to be more, and that’s when I got the story that I was hoping to find.

You might have heard of Paul Smith, also known as @Twitchhiker. Smith set out on a mission in 2009 to travel from the UK to New Zealand, using only Twitter to find his methods of travel and accommodation. Along the way, he would raise money for charity, document his trip in video and on Twitter (of course) and he even wrote a book about his travels. Smith now maintains his own website where he continues to tell stories of travels, encouraging his readers to take part in them.

There is a final side to the unexpected results from social connections. It’s one that, even though my entire premise was based on the unexpected, I certainly didn’t expect to hear. When it comes to entrepreneurship, social networking seems to be the tie that not only binds, but also enables.

Megan Hargroder relates to us the story of her findings in New Orleans, which helped her to launch her project called conversations.be. Oh, and there’s another twist to the story, too:

“I moved here 2 years ago not knowing anyone, quickly identified the movers and shakers (and total badasses) that I wanted to be friends with, followed them on Twitter, started engaging in conversations and met up with them at tech-related networking events. These offline/online connections led to personal offline relationships, and then my previous job as community manager of Launch Pad (a creative coworking space) which literally launched my own social media and new business online setup company and where I met my now girlfriend of 9 months.”

So while Hargroder’s goals are set high for conversations.be, there are still others who hope to have an even more wide-reaching impact, and they’re utilizing social media to help them accomplish their goals.

Raiyan Laksemana relates the ale of trying to create jobs in film and media in his native Indonesia:

“Before social media, learning from the best was like trying to fly from Earth to Mars. Everybody is milking everyone else by commoditizing connections. With social media, anyone is just a few pages away.”

Laksamana tells me that the more leveled playing field of social media is enabling him to not only find jobs for himself, but to also create jobs for others.

“In Indonesia, we were clueless as to how to create jobs in the film and media industry. All of the major companies and studios were taking the profits and setting barbaric pricing. What we found is that Indonesia has tens of millions of mobile Internet users and our mobile growth is actually ranked 8th in the world.”

Laksamana took that information, then created a marketing and regulatory platform for the smaller, independent producers. The hope is that, in doing so, the money will go back to where it needs to go, rather than to those who are not directly involved in the creation of content.

“If this works as we have planned, it will trigger a thriving, egalitarian media ecosystem in Indonesia and it’s all thanks to social networking. The system of learning and the opening of a new market would not have been possible without it.”

Any time that we ask for stories to be able to pass them on to the rest of our readers, we inevitably miss out on some great ones. So now it’s your turn. If you have a story to tell, we want to hear it. Let us know in the comments how social media has opened opportunities for you that you might not have had otherwise.

Read next: Why are two of Brazil's top startups moving to the US?