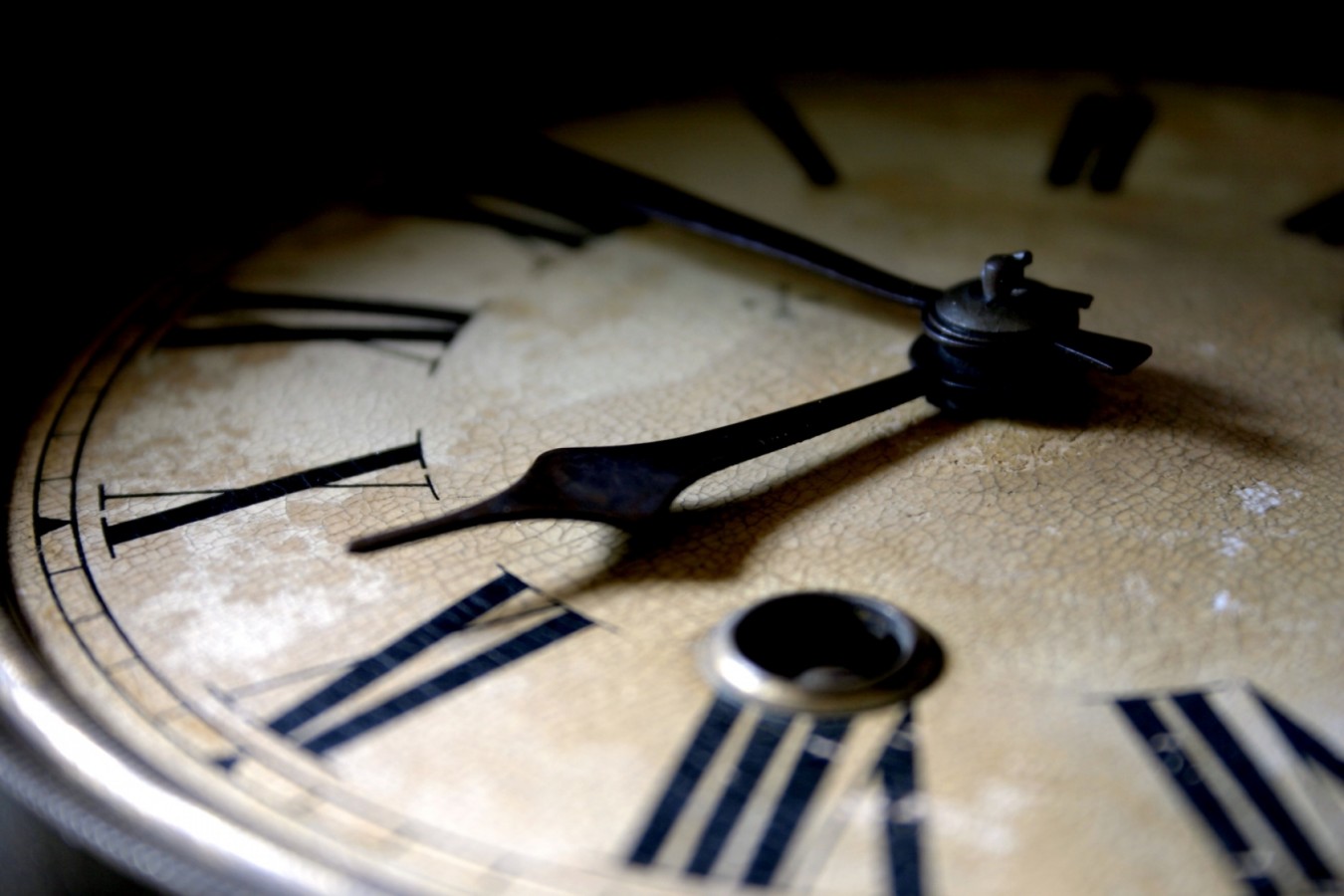 Some of us tweet and post on Facebook almost nonstop throughout our day, while others tend to limit their posts to a few updates here and there for fear of overloading their friends and followers. As it turns out, there is an optimal time to tweet and post, as well as a favorable frequency of updating that will lead to peak results.

In a recent study by award-winning social media scientist, Dan Zarella, he reveals research that determines when and how often we should be reaching out to our own audiences for maximum exposure.

By these statistics, most of our tweets should be posted with Eastern time zone schedules in mind, as this will result in the greatest amount of amplified feedback (mainly due to population size in that area). As for tweeting at certain times, this seems to make sense as these are the general periods where users are taking a break from the daily grind to kill time on Twitter or Facebook.

In terms of tweeting frequency, I also agree. Too many tweets or posts can pollute the information you hope to share, so it’s important that if you are aiming to amplify your reach, you aren’t just “making noise” on Twitter and hoping to score some feedback here or there — you need to be more relevant with updates.

When combining the two statistics of Facebook and Twitter, it appears that posting on weekends around noon or 6PM is the ideal social timing sweet spot. This doesn’t mean, of course, that you shouldn’t be posting throughout the week if relevant news comes up. However, for your most important news (or for brands looking to get the most feedback from updates), aiming for “prime time” traffic on social networks will achieve maximum results.

Canadian journalist and best-selling author Malcolm Gladwell, however, believes that there is no such thing as “universals” and argues, instead, that emphasizing variability is what determines individual success. Dave Larson of TweetSmarter appears to share the same sentiments in his guide to finding the best time to tweet.

According to Larson, opportune tweeting times vary by user. For example, if your followers become used to you actively posting at 3PM on Sundays, your CTR’s and amplification will invariably be at their highest at 3PM on Sundays. In another bit of research, Larson also argues that different days of the week have different periods of high-activity on various social networks. Mondays, for instance, are most active after late mornings, while Fridays and Saturdays are most active during late afternoons.

For whatever data you decide to focus on, there are tools and applications available to help you determine when the appropriate posting times are, and what times you should be aiming for in terms of achieving the maximum amount of response.

For the few of us who don’t have the time pull up Twitter or Facebook in a flash (or are perhaps too lazy to schedule our posting efforts), we’ve taken the time to list a few convenient tools that take the effort out of timing your updates so you can get back to scouring for more interesting material.

In no particular order …

Tweue (Tweet + Queue) is a free service that is meant to replace your Twitter hub for posting and space out your updates in a timely manner. Tweue can effectively delay original tweets or retweets up to 8 hours in advance, giving you time to gather more content as needed.

When you tweet your entire day’s gems all at once, not only do you clog up your followers’ streams (reducing the likelihood they’ll read ALL of your tweets), but also you limit the amount of time your name appears in their stream over the course of the day. Tweue will simulate tweet constancy by time-releasing your tweets.

According to the Tweue website, it will soon be rolling out applications for iPhone and Android, and will include a Freemium model where subscribing will allow you to queue an unlimited number of tweets as well as customize your tweeting intervals.

If the simplicity of Tweue suits your fancy, you might also want to check out Twuffer which provides a clean UI with limited features for focused tweet scheduling. Similarly, Future Tweets (though a bit dated) can also do the same. Dan Taylor of The Next Web details in a previous article:

After speaking with FutureTweets developer Joost Ruyter, he made it clear that FutureTweets is receiving less of his attention these days, as he’s also developed LaterBro.com, a similar service, but with Facebook update functionality as well. It’s this service that’s been used by @FedExDelivers to keep the conversation flowing, even while representatives aren’t “on the clock”. He informs me that there’s also another project in the works, so stay tuned.

HootSuite is a web-based “Social Media Dashboard” that combines your various logins across multiple networks (like LinkedIn, Twitter, Foursquare, Facebook, etc) and displays your feeds in one convenient platform. Similar to Tweue, HootSuite also allows you to queue up and post your updates in a timely fashion, though these updates include other channels as well — not just Twitter.

Ensure your messages never get missed. Draft and schedule messages to send at a time your audience is most likely to be online. And with HootSuite Pro and Enterprise plans you can batch-schedule up to 50 unique messages at one time.

Additionally, you can also pick up Hootsuite for your mobile device.

Buffer is another fantastic and web-based service that also allows you to queue up your Tweets. By providing browser extensions for Chrome, Firefox and Safari, Buffer lets users easily update their Twitter feeds on a more effective schedule, and even predicts at which times of the day we should be releasing updates (all based on current data).

We designed Buffer to offer you a both personal and yet more efficient solution to handle twitter.

Buffer makes your life easier with a smarter way to schedule tweets. Work out all your tweets at one point in time during the day. Then fill up your Buffer with your tweets and Buffer schedules them for you. Simply keep that Buffer topped up and you will then be tweeting consistently all day round, all week long.

Unlike HootSuite, Buffer allows you to queue multiple tweets at once to be released slowly over time, versus HootSuite’s single-tweet or post feature. In this way, you can continue to add Tweets to your Buffer and enjoy your time online.

Included with tweet scheduling is Buffer’s analytics package which provides basic information such as retweets, reach, and click counts — features that are absolutely essential when planning tactics to optimize results.

When it comes to analyzing your individual and customized schedule for tweeting, few do it better than Tweriod. Tweriod (similar to other apps like TweetWhen, Timely, When to Tweet, and 14 Blocks) takes a look at the last 200 tweets of your last 5,000 followers and delivers analytics and data showing when those followers are the most active, and when the best amplification times have been.

Tweriod gives you the best times to tweet. We analyse both your tweets and your followers’ tweets. So you can start tweeting when it makes most sense to reach others.

It makes sense, of course, to restrict your tweets to times when your followers are actually tuning in. Using tools like Tweriod, TweetReach, and FavStar are a great way to study your tweet analytics and vastly improve feedback.

What sort of social media reporter would I be if I left out TweetDeck? Much like HootSuite, TweetDeck takes your logins from various social channels and combines them for viewing on one platform. TweetDeck then allows you to post across multiple platforms and schedule your updates to appear at certain times.

Need to send a tweet later? Use our new scheduling feature to post an update for some time in the futureSchedule your tweets throughout the day, write that birthday message for Facebook ahead of time, and even plan a future check-in on Foursquare to keep people updated on where you are.

TweetDeck is also available via mobile device, as well as via desktop client on PC, iOS, or as an extension on the Google Chrome browser.

Experiment and discover what’s best for you!

As cheesy as it might sound, oftentimes, the best method for discovering what works best for you on Twitter or Facebook is experimenting for yourself. Again, what works for one might not work for all, and your followers might not be exactly the same as someone else’s. That being said, it’s important that you analyze your own data (perhaps by using a combination of the many tools I’ve provided above) and plan your social strategy accordingly.

By further managing the flow of your updates and restricting posting to optimal times, both brands and individuals can easily make the most effective use out of their various social channels, ensuring that the most important messages are heard and acted upon with their amplified reach extended.

If I’ve missed any tools that provide further analytics on timely social posting or provide an easier method to schedule tweets and updates, please do let me know in the comments below. If not, feel free to discuss whether you think moderating your posting output will make a large enough difference to warrant a change in your current update routine.