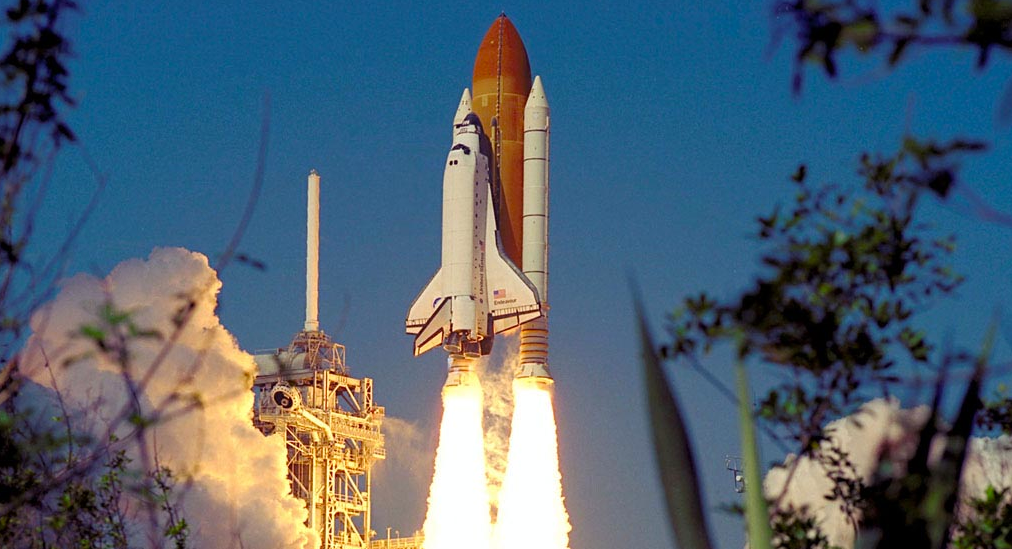 Growing up in the US, I obviously can’t speak for what it’s like to interact with Government agencies in other parts of the world. Here, though, there’s always that degree of separation between “we the people” and Uncle Sam. Since 2009, NASA has been trying to change that, all in the name of following a 1958 legislative act to the letter.

I had a chance to talk this week with NASA Social Media Manager Stephanie Schierholz about the history of NASA’s outreach, as well as the future. Since so many people tie the work of NASA solely to space shuttle missions and those missions have now ended, I was curious as to where the agency would go next. What Schierholz had to say gives incredible insight to how the agency runs, as well as some clarification of things yet to come.

NASA, as I previously noted, was organized in 1958 in part as an answer to Russia’s launch of the Sputnik. As part of the conditions of its formation, it was mandated that NASA would share what it was doing as widely as possible with the American citizens. Being a government agency, it is naturally funded by taxpayers and as such it behooves the agency to be transparent about where its funding goes.

Traditionally, NASA spread word of its missions via television and newspapers, just as any other government agency would. In the early 1980’s, NASA TV was born to provide mission video to engineers and program managers, but NASA archived the footage as well in order to provide it to media organizations. As time moved on, these broadcasts began to be disseminated via more traditional means to the public over satellite and cable TV.

As NASA has continued to keep the goals of public information in mind the organization has seen fit to use social media in order to keep the knowledge flowing. According to Schierholz, “it wasn’t clear cut as to whether [social media] was a worthwhile investment” of NASA’s time when the agency first stepped foot into the realm.

“We took Twitter as a test and now we have 1.3 million followers. That was in late 2008 or early 2009. Six to eight months later, we were on Facebook, but in the early days we invested most of our time on Twitter.”

You can now find all of NASA’s social channels via its Connect page on the NASA site, but getting there took a lot more than just signing up for an account.

When any government agency makes almost any move, there’s a staggering amount of red tape which must  be removed. NASA is certainly no exception and the agency has perhaps had to work harder than others because of the methods that it has chosen in order to make certain that information is available.

In Schierholz’s view, the move to social media was a natural extension of what NASA was doing with NASA TV. “It seems natural to reach people where they are.” But in order for that to happen, the agency has had to go so far as to have specific terms of service written for social services so that it could agree to them.

“Twitter’s terms of service is acceptable to the government without any amendments to it. Foursquare is a great example of what is required. I was a user in 2009 and had played with it for 8 months before NASA worked with it. We had to figure out not only how we would use it but also whether it would be valuable and why.”

But the tape has been removed for a number of services, including Foursquare and Gowalla. In fact, partnerships have been made and events have been created that surround location services such as the first checkin from space:

NASA has also managed to be involved with sites that are more closely related to its obvious content. “Flickr and video platforms make a lot of sense for us and we’ve been using Slideshare since May.

I was curious as to what would happen to NASA’s social media work as the space shuttle missions came to an end. While I’m aware that there’s much more to NASA than just strapping a cabin onto a rocket and hurling it into the sky, the shuttle missions have been probably the most recognizable part of the administration for years and they’ve certainly been the part that has gathered the most attention.

Schierholz assures me that NASA’s mission is far from over when it comes to social media and in fact we can expect everything to continue just as it has.

I asked, specifically, about the NASA tweetups that have happened over the past couple of years. These events, where followers of the @NASA Twitter account are invited to one of the properties to experience and ask questions, have been happening for almost 3 years and they’ve gathered a huge amount of attention.

“The first tweetup was in 2009 by the jet propulsion laboratory. They sort of did it as a new twist to the open house concept. It was a great success, had a lot of interest and when we told headquarters about it we started looking at feasibility.”

Turning the NASA tweetups into a more organized, official entity took a bit of time. Schierholz tells me that the first two events were held at NASA headquarters “to get a feel for the interest”. As the tweetups have grown, they’ve ranged from 2 hour events all the way to a half day and then even two-day events for shuttle launches. According to Schierholz, NASA has held open-houses for many years so transitioning to the idea of a tweetup was actually quite easy. “We weren’t changing too many things.”

What Schierholz states as one interesting fact is the response that NASA gets from invitations. Even for events that are only held for a couple of hours, NASA sees people flying in from literally across the country to take part. Going back to the subject of government entities seeming to be unreachable, Schierholz posits that part of NASA’s goal is to educate the public that “all of the centers are accessible.” As such, when people come in for a tweetup, they are then able to spread that education in an almost viral manner to others.

There is an ecosystem that has self-evolved around the tweetup participants. Schierholz says that as time has progressed the percentage of press versus Twitter users who attend events has taken a surprising turn. For the latest launch of the Juno 5-year mission, “we had 130 Twitter users and only 60-some registered press”. While that might seem damaging for helping to spread the word of NASA, Schierholz believes that it has actually fallen in line with the goals. One of the things that NASA has faced as newspapers have shuttered is the loss of “space geek” reporters. These reporters are now being replaced by space geek Twitter users who help to spread the word, often times volunteering for interviews with their local news agencies as a “word from the street” perspective. The tweetups will continue, too. “There’s a lot of education that NASA is trying to do on a broad level,” says Schierholz. Simply because shuttle missions are over, space flight is not. Much of NASA’s work has been overshadowed by the shuttle missions, but there are still missions for the International Space Station, the Hubble Telescope and an increasing focus on Mars missions to keep things moving.

As these missions progress, so too will the tweetups and NASA’s social media presence. The culture that has evolved is one where participants have gone so far as to book joint housing in order to get past inflated hotel costs – for the STS133 launch, it was the first time that this happened and now 4 or 5 group houses being set up for a big event is becoming common. While there may be only 100 or so active #nasatweetup hash tag users during an event, they then get to join the fraternity of past visitors who share experiences and keep the memories alive to help feed information to others.

In all, over 2,000 people have participated in NASA tweetups and they’re building a community across the Internet. From alumni groups on Facebook and LinkedIn to self-organized wikis at NASAtweet.com Schierholz has seen efforts put out by the public that NASA simply doesn’t have the time, manpower or funding to do by itself.

I finished the conversation with Schierholz by asking her what was next. If Twitter was the next big thing, and Facebook, Ustream and so on, I was curious to see what NASA thought would be the next step down the social media path.

“”We’re always considering what’s on the horizon for social media. We’ve been recognized as a leader and now we feel a pressure to maintain that perspective.”

In doing so, NASA is offering an open window into a government operation – this fact alone is something that we never thought we’d see and often times don’t. “It’s a great time to remind people about the other things that NASA does. This personal ability to have a level of accessibility that people have never had with astronauts is amazing.”

So then NASA’s social strategy is far from over. In fact, with the challenge of overcoming the space shuttle’s popularity, it is perhaps reaching a position where it will require more effort than ever before.

Read next: Bahrain satellite channel jammed, launches on Livestation instead