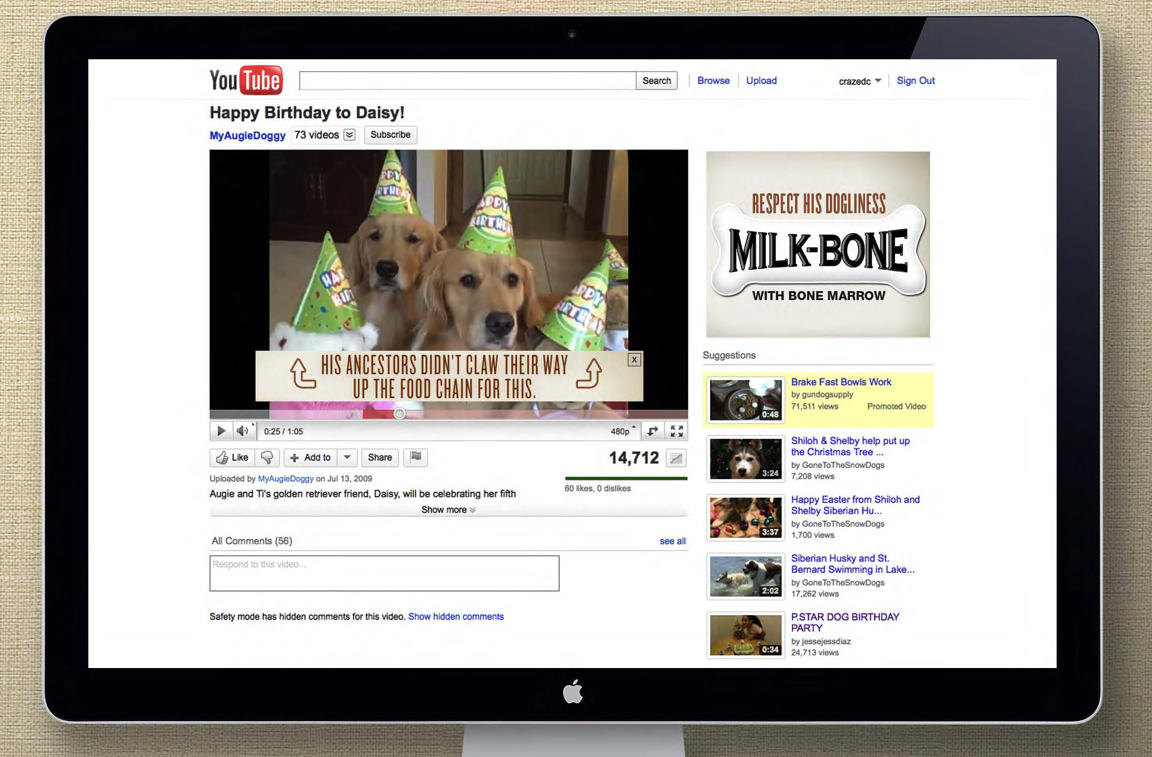 Correction: YouTube has contacted us to provide a correction to this article. The figures that they have gathered indicate that 30% of users watch the pre-roll ads that are shown on YouTube, not skip them. 70% of users are skipping the ads. YouTube says that the ad viewing figures do vary widely from client to client and that they have seen anywhere from a 30% to 80% skip rate for TrueView in-stream video ads depending on the ad and content.

Youtube introduced a new form of advertising in December 2010, called TrueView, where they gave people the option to skip past pre-roll ads on videos. The news didn’t seem too great for advertisers. Although it meant you only payed if someone watched the full ad or the first 30 seconds (whichever was shorter), the implication of course was that most people would skip past the ads, meaning your brand wouldn’t get the exposure it previously gained. I mean, who really wants to watch ads anyway? Well according to Youtube, 70% of people do.

In a recent interview at a conference in Manchester, Bruce Daisley, sales director at Youtube & Google, revealed that on average 30% of Youtube ads are skipped. This is a surprising figure and shows people’s willingness to consume ads from brands online, provided they’re relevant and entertaining.

Daisley went on to explain that users that have chosen to watch the ads on Youtube are 75% more engaged on average than users who were subjected to standard ads. Citing a case study with Walkers, this figure improved even more with users viewing ads they’d chosen to watch being 273% more engaged than those that were subjected to the standard pre-roll ads. These figures certainly are encouraging for brands and it turns the traditional model of advertising on its head. Previously ads have been the necessary content you need to be subjected to, usually in return for getting something for free or cheaper. You had no real way of knowing how actively engaged people were with the ad, like you do with Youtube’s TrueView product.

The TrueView product presents a (much-needed) challenge for advertisers. Instead of just serving your ads as you normally would, you now have to convince people that your ad is worth watching in the first place. This forces brands to think about their ads in a new way, no longer just a static way of getting your message across, but you now need an added entertainment value in there. Not funny, interesting or intriguing? All people have to do is click the big ‘x’ or ‘skip’ and you’ve missed your chance. You can understand why Youtube would introduce TrueView in this respect ; people’s time online is at a premium and ads are another thing that can get in the way of your experience. The perception from a user point of view of Youtube then, is that they give you more complete control over the experience, instead of forcing you to sit through ads, which could impact negatively on the viewing experience and the likelihood to wait to get to the content, before you’ve clicked off the site.

In this way the consumer process is also significantly more streamlined. You could choose to show your ads to all consumers, regardless of how engaged they are, or you could choose a smaller audience, but one that is ultimately more engaged. This product is allowing brands to get right to the perfect audience for them, that is going to translate into a likelihood to purchase, subscribe or become a frequent visitor. This is a huge opportunity for brands.

Ad viewing on the up

The findings discussed by Daisley actually contrast with an earlier case study of TrueView ads that was shared in February 2011, following an experiment that ran ahead of the site-wide rollout, from October 2010. Here, the advertiser was the sportsbrand ‘GoPro’ who served a series of ads of 30,90 and 120 seconds to showcase their sports cameras. They reported that 35% of users chose to watch their ads, certainly a lot lower than the 70% being claimed by Youtube as the user average. Though this case study was isolated to one brand with one set of ads, it suggests that people are perhaps becoming more used to this form of advertising and are comfortable with the fact that they can access good content from brands by choosing to watch the ads. It could also suggest that the lower view rate was due to the skipping option being a novelty to users at that point. Having never been presented with the ability to skip ads before, consumers may have been clicking this purely to see the effect, rather than it being a reflection of disinterest in the brand. Either way it is encouraging for Youtube as it is proving the value they can provide to brands and users in a win-win situation.