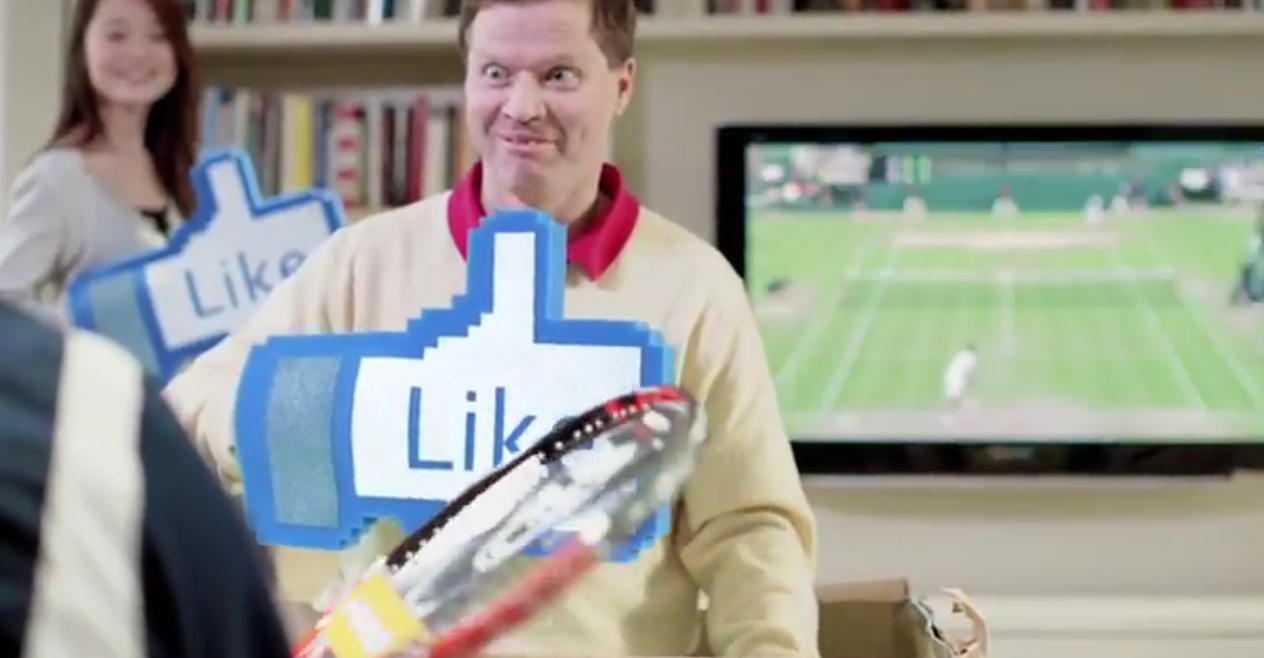 We’re big fans of the Facebook Like button here at The Next Web, which is why we want to share this new advert featuring tennis star Andy Murray and pretty much no other story line apart from the Facebook Like button. We’re all for integrating social media into your TV advertisements and having a unified approach to your marketing strategies but we’re pretty sure that there has to be a more creative way than this to do it.

The only thing that you can think is that the people coming up with the concept knew that with the worldwide obsession with Facebook at the moment that this will get picked up everywhere and become a sort of online hit focusing in on the Facebook element. I suppose us writing about is working to their favor in some degree. This is actually about the most annoying TV advert we’ve ever seen because it does nothing but say “Like us on Facebook” and there must be something far more important they could tell us about Andy Murray than that. The only winner in all of this is Facebook who is basically getting free prime time advertising.