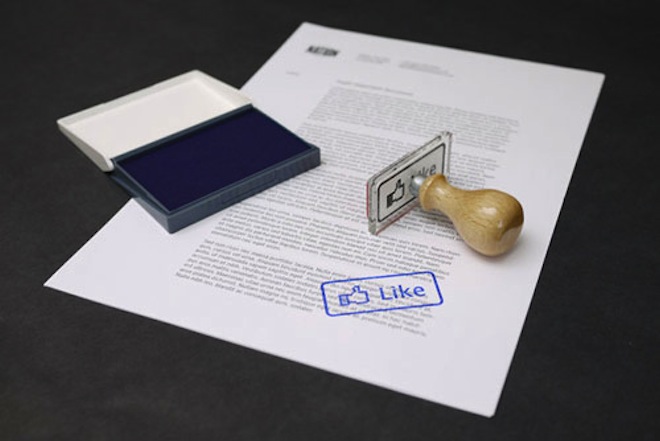 Let’s get one thing straight — Brands, you need to stop annoying your loyal customers. With that said, you also need to give them reasons for continued loyalty without spamming them. To make it a nice round number of three points, you also have to understand what that “Like” really means. Far too often, brands will see a Facebook “Like” as an open invitation to flood your wall with useless drivel all in the name of top-of-mind awareness.

There were some very interesting stats floating around on The Wizard of Ads site the other day. These stats seemingly touted social media as the be-all answer for advertising and even offered some “facts” to back them up:

Pretty convincing, eh? Well, not so fast. Let’s say (purely by made up example) that someone likes Roba Cola. There’s nothing that they’d rather drink than an ice-cold Roke. But that doesn’t always mean that the same person will “Like” Roke on Facebook. Why? Because more often than not the brand will then inundate the person who just liked them with a wealth of non-information and useless drivel.

The fact that Mr. Wizard (Roy Williams was dubbed The Wizard of Ads many years ago) brings up is important — “Everyone, regardless of whether they’re on Facebook is more likely to buy the brands that they like.”

While I understand and agree with the point that Williams makes here, it’s also worth noting that I’m not one to discount the importance of a good social media campaign. The ultimate question is whether someone who “Likes” a product on Facebook is more apt to purchase that product than someone who simply favors the product but doesn’t press the button.

If the entirety of your plan is to simply shove yourself into someone’s face then your money is far better spent in more traditional forms of advertising. That’s not a relationship that anyone wants. It’s akin to having drinks with the person who’s always a couple of inches inside your personal space. It’s simply uncomfortable.

In order to run a successful campaign — the kind that will get people to like you as well as “Like” you — you need to do some homework. Find out when your visitors are more likely to be online, target your messages to those hours. Look at the demographics of your users. I can’t count the money and time that I’ve seen wasted by misdirected ads and offers. In short, you have to provide value, and you have to provide it at a time when people will be paying attention.

The end result of most brands’ social media behavior? I don’t dare “Like” their page because I know what’s coming next. There are a few standouts and most of us have heard those stories. There are a lot of pointers around on how to run a successful Facebook page and those shouldn’t be ignored. At the end of it all, it’s a simple question — Would you want to hang out with you?

Customers are gained and lost every single day due to social media behaviors. There’s no secret about that. It’s simply a matter of where your brand’s time and money is better spent. Next time, let’s talk about when a “Like” doesn’t equate to a like.