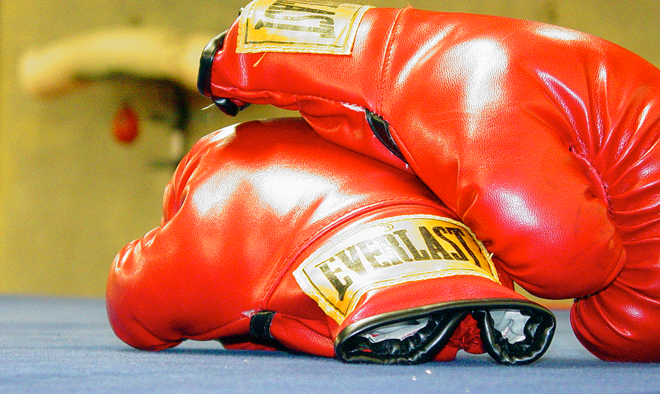 Unless you’re living in a cave, or perhaps a compound just outside Islamabad, you’ve most probably heard about Facebook’s dirty little secret that was unearthed by both The Daily Beast and USA Today last week. While comments and responses, statements and apologies can be made, and are a plenty, let’s have a look at what could have caused such an action by Facebook.

Without rehashing previous reading that you’ve undoubtedly already done, the long and short of the entire fiasco centers around Facebook’s hiring of PR firm Burson-Marsteller to engage top level media outlets in a campaign highlighting some “flaws” in Google’s privacy policies. It could easily be boiled down to a, “You say potato, I say puhtahtow” issue, with some calling “smear,” while others call it “fact confirmation” (mainly Facebook), however this isn’t the first time we’ve heard rumblings surrounding the Big G’s privacy policies.

“No ‘smear’ campaign was authorized or intended. Instead, we wanted third parties to verify that people did not approve of the collection and use of information from their accounts….”

So what exactly is the hubbub all about? What’s Facebook’s beef with their neighbors just down the street? Social, search, knowledge, etc. would be the easy answers, but looking a bit deeper, it’s about Internet dominance, and the money that goes with it. Google has been enjoying an unprecedented 13-year ride at the very front of the Internet roller-coaster. Even its flops are brushed off as “experiments,” as their successes far outweigh these mis-cues. In its mass-population infancy, the Internet was all about finding information. If this new thing called “the Internet” was in fact the “information superhighway,” then Google was/is its roadmap.

Page and Brin missed the commerce train, as Amazon got there first, but that doesn’t mean Google Checkout isn’t still chugging along, trying to make a buck (literally). Conversely, Google has shown some remarkable success, particularly with Gmail, which was introduced in 2008. Prior to Gmail, I’ll take a wild guess and say you either had a Hotmail or Yahoo! email address as your primary email communication method.

Fast forward to 2011, and Google now has a 5-year-old problem on its hands: Facebook. What started out as a dorm-room only affair has grown into a worldwide phenomenon with Facebook’s traffic edging ever closer to Google’s; in February of 2011 we saw a difference of just 10M visits between the two. And while Google is still ahead in the polls, Facebook is inching closer day by day, and this has Google scared stiff.

Currently, Facebook knows what you “Like” to read, buy, listen to, shop at, etc. be it on or offline. You might already be familiar with this term, the social graph. Each one of us has a unique social graph, and if you think that this data is worth anything less than its weight in gold, you’re fooling yourself. Armed with this data, Facebook is now capable of presenting users with similar or matched content based on their social graph data; instead of Googling it.

In order to combat the growing Facebook “problem” Google has set about a number of social-esque features, often piggy backing off of other data. In the run-up to this year’s Google I/O, Google launched the +1 button that allows users to tell friends, family, etc., they like a particular link. A decent move, as this combines fundamental elements of Twitter and Facebook and packages them nicely together. Google has also indicated that while the mechanism is only in the search results, we’ll soon start seeing the +1 button just about everywhere we go. Presumably, just to the right or left of the “Like” button, and somewhere near the “ReTweet” button. Or maybe just next to the “Buzz” button. Oh wait…

On the surface, this looks like a nice sharing method provided by Google, but looking deeper, it’s clear to see that Google is aggressively trying to aggregate their own social graph data about their users through this offering.

Ok, fair play thus far. Worked for Facebook, why can’t it work for Google? But now we get to the portion of our story where Facebook’s non-smear campaign starts to take root.

Question: Have you allowed Google to “improve your Google experience by connecting your account from other services.”? If yes, a whole-hearted thank you from Google, as you’ve just contributed to their reconstruction of your social graph. I’ll explain.

While Google currently has bajillions of users, they still want to know more about you. They currently utilize the information they already know about you, your email address for example (provided that you’re not still using Hotmail), and cross-reference it against a wide variety of information available on the web. Your Twitter name, for example. Google uses their best guess to assume that your email address and Twitter name are one in the same, and thus offers you the option to connect the service to Google. According to Google, “personalized results are only visible to you when you’re signed-in, and no one else is able to see them.” Unless of course, you’re the one holding the data.

Additionally, when you connect various accounts from around the web, by default, Google likes to leave that little box at the bottom of the page checked, “Use my Google contact information to suggest accounts from other sites.” Meaning, by leaving this box checked, you’re giving Google the go-ahead to further reconstruct your social graph information.

I’m certainly not here to defend Facebook’s actions, nor am I here to tell you that Google knows about your every move (that’s Foursquare), but rather, provide a bit of a basis as to why Google and Facebook are already locked in a battle for hearts and minds, and I predict that the Burson-Marsteller affair may be just the beginning salvo in a war of the webs.

And I’m not the only one. Within his first few days on the job, CEO Larry Page sent out a company wide memo letting employees know that 2011 company bonuses are dependent upon how well Google succeeds at social, “…it can range from 0.75 to 1.25 depending on how well we perform against our strategy to integrate relationships, sharing and identity across our products.”

Stay tuned, as the battle for the social graph begins…with Facebook already rounding second base, and Google up at bat.

Read next: Facebook set to launch its first non-US data centre in Sweden?