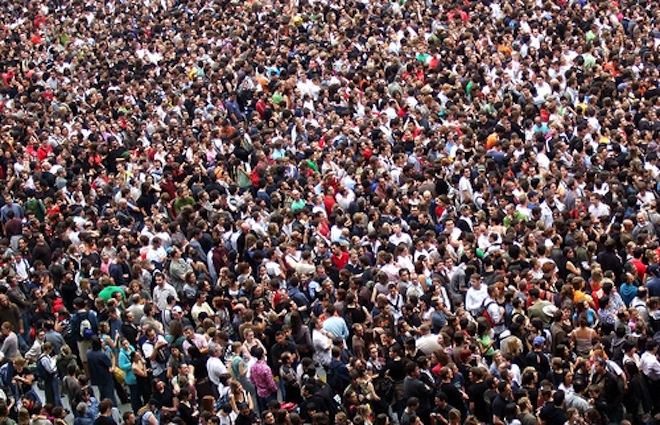 It was a pretty typical Sunday night for me. I was sitting around at the computer, talking to some friends and browsing Twitter. The news of Osama bin Laden’s death hit me like the proverbial ton of bricks. Jubilation, at first…but then things changed. Not only did memories start to creep in, but I also started talking to more friends around the world.

Social media has completely changed my world view. Twitter, Facebook and the like have enabled us to quite literally have friends (and not just in the use of the term as a qualifier for a connection on a website) around the globe and we can connect with them at any given time.

We talk a lot about how social media should be used by businesses, how it has changed the face of marketing and so many other points, but we don’t often look at the completely global, life-changing impacts that SM and the Internet in general have brought us.

The first point that really hit home is that my 15-year best friend replied to me on Facebook last night. Malaysian by birth, Venu lived in the US for nearly 20 years before heading back. However, he also spends a considerable amount of time in India. For those not aware, there is high tension between India and Pakistan, and the two countries are separated only by an iron gate.

While Venu and I have been able to stay in touch over the years since he’s moved back to Malaysia, Facebook has allowed us to keep up relations almost as if he’d never left. But his words were haunting to me and immediately made me wonder how life was going to change for him, especially when it came to his travels to India.

As the night went on, I started seeing reports from other friends around the globe. Some were in quiet contemplation during Yom HaShoah, others were admiring the celebration of US citizens. Whatever the case, there was a closeness to their situation that I could feel that I’d not have been able to only a few years ago.

What’s probably most interesting, though, is a point brought up in our back channel by TNW’s Matt Brian. As people who spend a good part of our lives online, we not only get to see what is happening from a close perspective, but we’re also challenged to be more open-minded about the events.

I like how Social Media teaches you to be wrong. You can publish something you think is correct, and then have someone point out to you the real truth. If you are a liar, you get called out instantly.

This point is striking. There was a time when rumors could be spread for years without debunking. Now, though rumors or half truths might spread faster, so too do the real stories behind them. The end result is that, for those who are good people to begin with, they’re made into better people.

In my short year of working with The Next Web, the social nature of this job has driven me to be more understanding of the rest of the world in which I live. Often times people say that we should simply be ourselves online, and that in doing so we are using SM the way that it should be used. But I’d like to take that a step further.

It seems to me — though I can only speak for myself — that SM can drive us to be a better version of the people that we are. Eye-opening, thought-provoking, tear-inducing stories, combined with the laughter and the memories that we make open our eyes and our minds to a world no so far outside of our own. But in becoming a better person, we’re also being called to do so genuinely. There is no room for deceit if you truly care about the world in which you live.

Read next: Here's what happens when law enforcement subpoena your Facebook