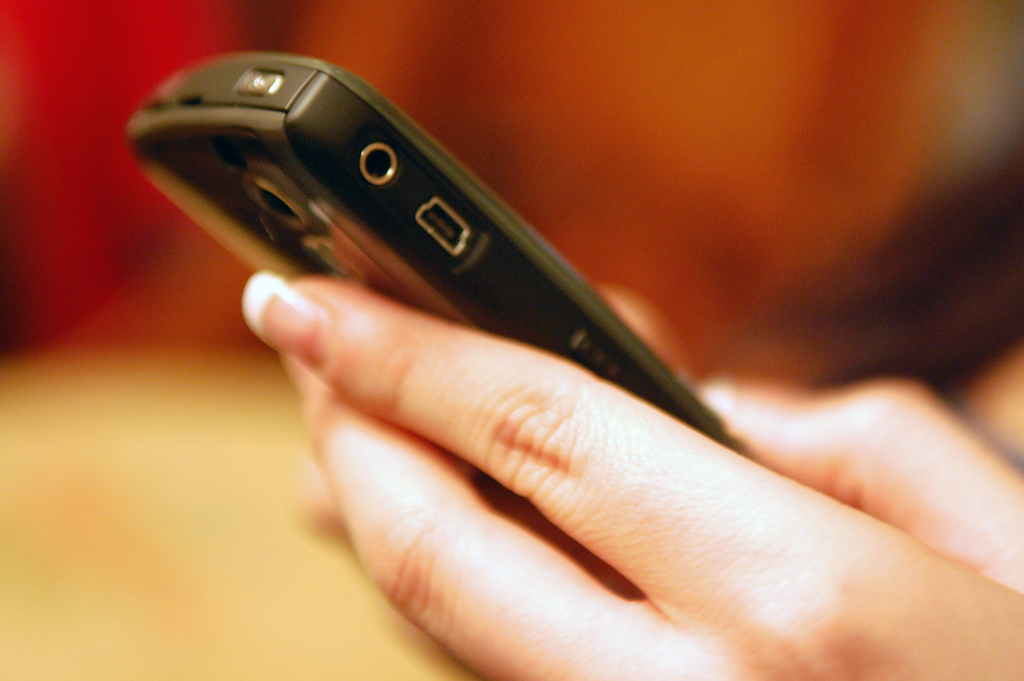 A few months back, my then-boyfriend (an iPhone user) received a pitch from a casting agent he knew. The agent was looking to interview people about how they use BlackBerry Messenger to date, flirt, and keep up with friends. The gig was paid, and I was feeling particularly optimistic that day, so I shot her a message addressing some of her preliminary questions. My introduction was bland and made me sound like an eight-year-old. “Hi! I use BBM with my roommates. We send each other funny pictures, LOL!”

When I heard back from the casting agent, she seemed thrilled to speak with me. But what she was really interested in was how I used BBM to get my proverbial groove on. I thought of my then-boyfriend, the iPhone user, and how I was actually relieved that we didn’t communicate via BBM. Then, I thought about the guy I dated before him. How we did BBM. I never wanted to drink the BBM/dating cocktail again; so bitter was the taste and I didn’t respond to her email.

The casting agent in question was looking for real anecdotes to use in BlackBerry’s latest campaign, BBM Flirt. One of the longer shorts spawned from the campaign speaks to how Step One of flirting with a fellow BlackBerry user is getting his or her PIN.

Whatever happened to asking someone for a phone number? Isn’t that Step One? Asking someone for their PIN is like asking them for their social security number. You know what happens once a fellow BBMer has your PIN? They can see when their messages have been delivered to your phone. And they can see when you’ve read that message. “Hey, I know we just met, but can I set up a GPS tracking system on your phone? I need to know when you’ve read my messages and where you are, thanks!”

This is why I felt uncomfortable lying on film about how BBM is great for flirting. Realistically, BBM is like unprotected sex. It’s reserved for people you trust – not for people you met at the bar three hours ago. Here’s why BBMing with love interests is a terrible idea: 1. Sometimes, you’ll know that they’re ignoring you: Once you send a message, a few things can happen.

a. A clock will appear, indicating that the message is in the process of being sent.

b. A check mark will appear, indicating that you’ve sent the message successfully.

c. A check mark with a ‘D’ appears. This means the message has arrived to the intended PIN.

d. A check mark with an ‘R’ appears. Your message has been read.

So why haven’t they answered…? What are they doing?! Did this ever happen to you when you stuck with traditional texting? Probably not, because that ‘R’ makes all the difference. You can rationalize the blue out of the sky when a traditional text message goes unanswered. Try rationalizing an ‘R’ message and see what you come up with besides: “I am meant to be alone forever.”

2. Other times, your message will get lost in BBM limbo: Due to the flaws of modern technology, you’ll occasionally see a hieroglyphic BBM symbol that you can’t comprehend. No ‘R’, no ‘D’, just confusion and angst. This symbol will remain the same for a few days, at which point you’ll take to Google in order to decipher what it all means. “Was I deleted? Is their phone broken? What the hell is this symbol of what is seemingly a man talking on a phone?” It’s possible that you’ll never figure out the meaning of the offending symbol, and that you’ll never hear from your ex-BBM contact again.

3. Your PIN is unstable: With every new cell phone comes a new PIN. Anything sent to your old address is sucked into the ether. This could lead another party to believe that you’re actively ignoring them (see #2); thus driving them away with your apparent indifference and bad phone manners.

4. There’s no such thing as “taking a hint”: When you ignore someone via BBM, it’s perfectly reasonable for them to assume that it would be “okay” to contact you using some other vehicle, like GChat, Facebook, or traditional texting methods due to BBM’s lack of dependability. “She must’ve not received my last 20 BBMs… time to virtually infringe on her alone time some other way.” Don’t ignore someone on BBM and expect that they’ll go quiet into the night. You may have to end this one like an adult.

5. Your risqué messages are at constant risk: Unless you’re the motivated type who makes amendments to the nicknames in your BBM contact list, it’s likely that common names will show up in multiples. That means confusing your cousin Brian with your lover Brian; your roommate Steve with your one-night-stand Steve. Do you really want to ask your co-worker Dan if he enjoyed your “performance” the night before? Didn’t think so.

BBM isn’t wholly evil, but you need to treat it with respect. You don’t invite every Tom, Dick, and Harry to be your contact. Start with a phone number and work your way up, like the old days. Don’t play fast and loose with your PIN – it’s the virtual v-card.

Read next: Giving a presentation? Presenter Display is the one feature you need & can’t be without