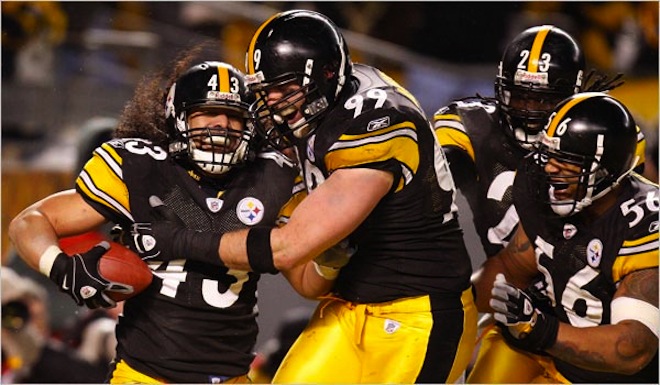 This weekend is going to be the biggest sporting event in America: the Super Bowl. The Green Bay Packers will face the Pittsburgh Steelers this Sunday while millions of Americans count the minutes till showdown and discuss who’s got the best chances.

We had a quick look at what the activity on social media sites show us. Sorry, Packers fans. If social media has any influence on the verdict of the game, you’re in for a disappointing Sunday.

On Twitter the Steelers seem more engaging, replying to and retweeting fans. The Packers? They seem to use Twitter more as a one-way news channel.

When you look at the relative growth ratio, the Steelers gain becomes more obvious.

Could be a product of their engagement but also content-wise the Steelers seem sharper. While tweeting way less – 886 versus 3,706 tweets for the Packers – their content is retweeted far more. They have several tweets surpassing 400 retweets. Their ‘best’ tweet got 584 RT’s and 11 favs

When you look at the Facebook account of both Super Bowl candidates it’s crystal clear who’s ruling there:

So there you have it. With nearly twice as many Facebook fans engaged, the Steelers seem to have swept the social media standpoint of Sunday’s game. Of course, that might not help them on the field but we’ll have to wait and see.

Read next: Meet The Professional Wingman, "a serial lovepreneur"