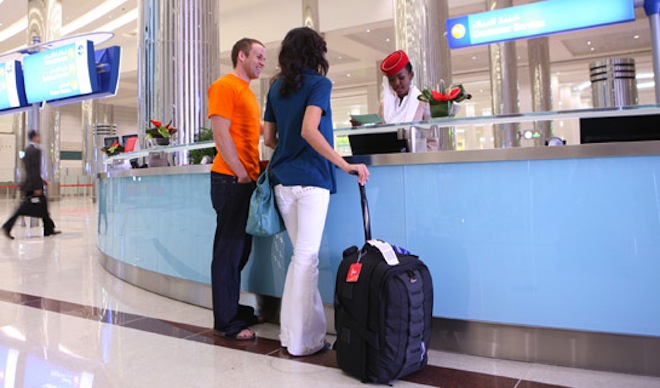 First, let’s set the stage — There are social customer service platforms (GetSatisfaction, UserVoice, etc.) and then there are social platforms where companies can do customer service (Twitter, Facebook, etc.). For the sake of what I want to write about in this piece, we’re talking about the latter. By and large, the companies that are spending the time and money on the former are doing a pretty decent job of solving customer issues. The ones who are using the latter seem to be a mixed bag, with very few good ones involved.

Let’s look at some basic ideas, how they work and what’s going wrong. Then we’ll dive in a bit with the deeper ideas that larger companies need to start monitoring. First, we’ll start with Joe.

Joe’s a guy who lives in Arizona. He’s a social media-savvy sort of person who does a lot of his interaction with companies and brands over Twitter. I’ve seen Joe talk cars, conferences and customers over Twitter for the past few months. I can’t call Joe a friend, per se, but he’s absolutely one of the people whose input I enjoy seeing over Twitter. Recently, Joe tried to take advantage of a sale on a game via Target, a major retailer here in the US. Joe bought Call of Duty: Black Ops via Target’s site and waited for his shipment. According to his blog post concerning the matter, Target had a problem with his credit card and sent him emails. The emails, however, appeared to be phishing attemps and Joe largely ignored them. Here’s where things went really wrong for Target.

We’ll skip over the finer details of Target’s emails here, because they aren’t really important to the point of this post. What is important, however, is that Joe went to Twitter to try to talk to someone from Target. Mind you, Target appears to be doing all the right things when it comes to interaction on Twitter. The company is talking to its customers, addressing problems and being as much of a “real person” as any company could be. But when it comes to Joe, Target has chosen to not respond to him publicly at all.

While Target is far from the only guilty party for behavior of this sort, it makes a great case-in-point. The company is being handed a perfect opportunity to resolve a dispute publicly. Whether it chooses to give Joe the deal that he originally wanted or not, someone from Target needs to address him.

This is where so many are going so very wrong. Of course the companies are interacting, but they are not doing true customer service. Customer service certainly doesn’t mean that the customer can never be in the wrong, but it absolutely does mean that a business needs to pay equal attention to unhappy ones as it does to the happy ones.

Facing facts, socially-based customer service isn’t always sunshine and roses. Another case in point came from Delta Airlines. When a customer had an issue with the airline that was addressed over Twitter, the company did choose to direct message the customer in question, but no mention was given in Delta’s timeline. This utopian society of Twitter timelines, even if it isn’t happening yet, will eventually lead to customers not believing the interaction that really is happening. Nothing in the world of buying and selling works flawlessly 100-percent of the time. Customers (and potential customers) need to see how you resolve issues with your unhappy customers as well.

These are only two examples, but the list goes on near endlessly. There are so many opportunities to see themselves real being missed by companies, and it’s time for a fundamental shift toward reality instead of some feigned euphoric happiness zone.

Now, let’s take things a step into the deeper end of the pool. What if Activision (the publisher for Call of Duty) was really paying attention to what’s going on with its products? Obviously, it can’t get involved with every single customer dispute, but what if it were watching this interaction — or lack thereof — via Twitter? What power could be had by developers, publishers and the like standing up for the customers in these cases? While there are certain difficulties that would arise, it’s safe to say that retailers would take on a different role in the process.

If you’ve read much of what I’ve written about social media strategy and/or customer service, you’ll know that I’ve spoken highly of Rackspace in the past. The company exemplifies what social customer service should be. Have a problem? Drop a reply to @Rackspace on Twitter and I can almost assure you that you’ll get a prompt response. Yes, right there on Twitter, in public, for all to see. While it might not come directly from the Rackspace main account, a flag-waving representative of the company will have no shame in addressing your problem in plain view of everyone.

Why does this matter? Because it’s a prime example of a company that is doing it right. Whether the company or the customer is in the right doesn’t matter. Interaction isn’t hidden and the company seems to be constantly on the lookout for mentions of its various products whether positive or negative.

Is it time for more companies to follow suit? From where I’m sitting, yes. It’s actually far beyond time. Technology-based business are especially under the microscope for this. If you’re technically savvy, if you choose to use Twitter and other social services for your customer support, then show the good and the bad. Track down every mention of your product’s name that you can and find out what’s being said about it. If your product is being distributed through someone else, keep an eye on what is happening with it.

It’s your product and it’s your opportunity. The last thing that you want to do is let either of them go bad.

Read next: 5 mobile apps that could kill business cards