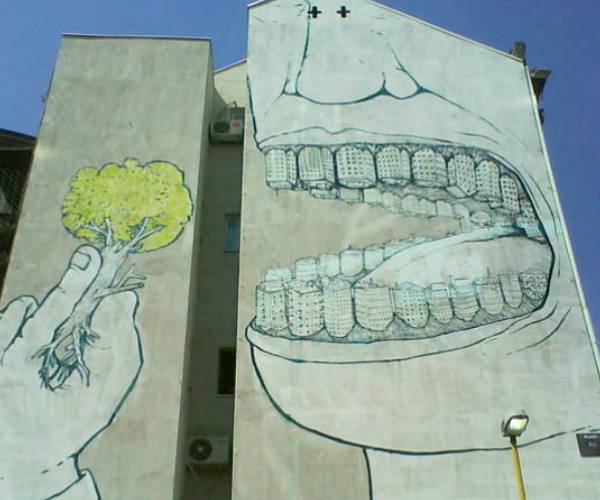 But in the same way as Linux and Android (the latter of which falls under the auspices of Google too) offer open-source operating systems for those opposed to the Microsoft and Apple duopolies, there are alternatives to YouTube. You just might not have seen them because YouTube’s large cranium has been obscuring the view. A healthy Internet needs competition.

Owned by Yahoo!, it’s hardly one of the little guys, but some of you may not know that in addition to Flickr’s well-established photo-sharing functionality, it also facilitates video-sharing.

You probably wouldn’t head here to watch highlights of the 1999 Champions’ League cup final, but if you’re averse to Google’s growing stranglehold on the Web and you want to upload some carefully-crafted clips of your own creation, you could do a lot worse than Flickr Video. Though in its attempt to keep things short and sweet, a 90-second limit for each upload has been implemented. It’s to help keep videos interesting, apparently.

Those with a free account can upload two videos per month. But if you’re a pro member, you have unlimited uploads and storage at your disposal for $25 a year.

Like Flickr, Photobucket is perhaps best known for its repository of non-moving images but it hosts an impressive assortment of videos too, and it doesn’t have the 90-second restriction enforced by Flickr.

Daily Motion is probably one of the most YouTube-esque video-sharing websites out there, in terms of layout and the type of video it hosts.

The French-owned site caps uploads at 150mb, and allows videos of about twenty minutes in length. It hasn’t quite seen its popularity go through the roof in the US yet (though it’s still one of the top 300 sites stateside). Daily Motion is not too far behind YouTube in much of Europe, Northern Africa and parts of Asia. And with a global Alexa ranking of 106, it’s a behemoth in its own right.

Metacafe is a great community-based video sharing web site, specialising in short-form original video. Metacafe is best summed up in its own words: “We don’t have full-length television episodes or movies chopped into pieces. The average video on our site is just over 90 seconds long”. Metacafe attracts over forty million unique viewers a month and it certainly seems to host less crap than YouTube.

Videojug: get good at life

Videojug is a video-sharing website with a difference. It’s essentially a repository for how-to videos for life-hackers, with thousands of physical demonstrations on just about everything, from changing a light-bulb to dismantling your pop-up tent. Many of the videos begin with an advert though.

Vimeo was “created by filmmakers and video creators who wanted to share their creative work”. This video-sharing site has become a centralised space for people to upload HD quality videos and embed them at a much higher quality than is possible with YouTube. The website has a 500mb upload limit per week, although this can be increased to 2gb by upgrading.

Many musicians use Vimeo to air their work, like Kanye West, Tom Delonge, Moby, Beck and Britney Spears using the website to broadcast new and old videos. Obama is even getting in on the act, with the Whitehouse posting high-definition versions of its public addresses on the official White House channel.

Oh, and did you know that Vimeo is an anagram of movie? No? Well…it is.

There are many other great video-sharing websites for watching and sharing video too. Yahoo! Video is one notable omission from this list, given that it hosts an extensive collection of videos and, well, it’s not YouTube. But the Internet giant’s downsizing could spell the end of its video service as we know it: “user-generated content will be removed from Yahoo! Video on March 15, 2011”.

Of course, none of these are really a match for the all-conquering YouTube. But if you feel like giving Google a body-swerve and spreading the love, you now know where to go.

Read next: Microsoft's Servers and Tools boss is on his way out