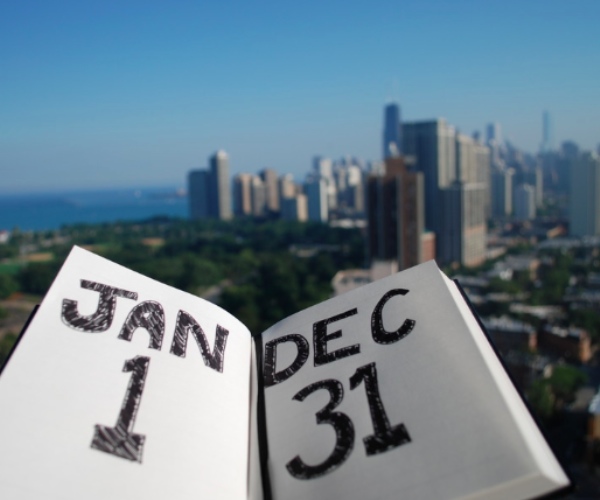 The3six5 project kicked off on January 1st 2010, an ambitious attempt to put together a collaborative diary of 2010 with 365 different contributors, one writer per day.

As the project draws closer to its 1st year anniversary and before we read the first entry for 2011, we had a chat with the founders of the project, Len Kendall and Daniel Honigman to get their perspective of the project’s first year as well as find out their plans for 2011.

How did you come up with the3six5 project and do you plan to expand the idea beyond just writing, for instance having people curating a song, pic or drawing of the day?

Both: The idea for the3six5 came to us from being early adopters of the Posterous platform. We wanted to create something that was highly collaborative — which Posterous lends itself to — and came up with an idea to give a varied group of people one place to share their thoughts. Unlike a typical group blog, we created restrictions such as only letting a person post once, and only letting one person post at a time. This created a perfect environment for a chronological diary of sorts and we opened up the concept to anyone in the world who wanted to be 1/365th of our project.

While the project is mostly text-based, some of our authors have been really creative with their methods of sharing their day. Obviously the personal photos add a great deal of context to each story, but we’ve also seen complementary drawings, videos and even alternative formats of text like poetry. There are a lot of “365”-type projects out there so we’re not necessarily looking to expand our format, but rather what can be done within the project’s constraints and focus on the written experience.

Daniel: Building on this, it’s interesting to see how others have really expanded on our concept. For instance, twothreesixfive, a Second Life-based version of the project, was started early in 2010.

It’s a big crowdsourcing project, what were the toughest challenges you faced?

Len: The easiest part was building up our list of authors, the challenge came from the management. This was literally a daily project and while the initial portion of the project was the most time consuming, one of us always had to be there to nudge authors, to edit, and to post the final work each and every day regardless of holiday’s, weekends, etc. Additionally, we had a wide variety of time-zones, celebrity-statuses, and emergencies to deal with. When people signed up (or agreed) to be part of the project they obviously couldn’t predict where they would be on the date they were assigned, so when it finally came along, there was always a bit of unpredictability each day, and we certainly had our fair share of authors who were MIA and had to quickly be replaced.

Daniel: Managing 365 different authors based all over the world, as well as having to find a backup author on any given day is a challenge, but it also forces Len and I to really be on our game. As a result, I’d say our experience managing large groups of people — even if only for a day — has grown significantly. In addition, the early success of the project has also inspired Len and I to think of new ways to expand the project. For instance, we’re bringing on 12 volunteer guest editors to help us in 2011. Then we may explore things like local editions.

Crowdsourcing has become a huge trend online. Do you believe that collaborating online will teach people how to work better together off line as well? Why do think collaboration online for projects, agencies and charities has become so popular?

Len: Crowdsourcing is popular simply because it’s so easy for people to connect and participate. We don’t necessarily consider this a traditional crowdsourcing project because with the3six5, everyone who participates does in fact have their work become part of the total project. We think that collaborating online does a nice job of giving people an easy way to grow their network. It isn’t always easy to randomly connect with interesting individuals online, but when you’re fellow members of a project or activity you have an immediate shared experience to relate you. Additionally, crowdsourcing projects are a great way to “create” without the full time commitment. There are plenty of activities and projects we would all love to develop on our own if we had the time, but since we don’t, collaboration gives us that sense of accomplishment with a smaller level of investment.

Daniel: A lot of brands, projects and agencies are using crowdsourcing methods for two reasons. Not only does it expand the creative output, but it encourages a deeper level of involvement with the experience, and through it, the brand. Advertising is meant to provoke an emotional response in consumers; just by creating this daily conversation, we’ve been able to elicit an emotional response about the3six5 that I don’t think we really saw coming. People just want to get involved.

What was the most popular post of the year?

Len: Based on sheer number of views, our most popular post actually came from the CEO of Posterous, Sachin Agarwal. Even though we had a wide reaching celebrity like Ann Curry, Sachin still managed to capture more attention with the story of his wedding which he penned while he was on his honeymoon.

Did you find common threads in the different stories depending on the authors’ backgrounds? What surprised you the most?

Len: From our perspective, it was also interesting to observe the most common themes in posts this year. Amongst the most notable events of the year such as the Haitian earthquake, the Olympics, and the Chilean miners, there were some broader recurring topics such as family, birth, health and unfortunately, death.

Daniel: What really surprised me is how candid the authors were. One of our authors had recently undergone a gender operation; another found out on their assigned day that they had Stage 3B Hodgkin’s Lymphoma. This is very personal stuff, and we’re glad our authors felt comfortable enough to share their experiences with the rest of the world.

The3six5 project launches the 2011 diary, powered by 12 editors (1 per month) to help manage the project. If you are interested in being one of them you can sign up here. Len and Daniel will be presenting findings from the project this March in Austin at SXSWi. Stay tuned for updates on 3six5 through its Twitter account.