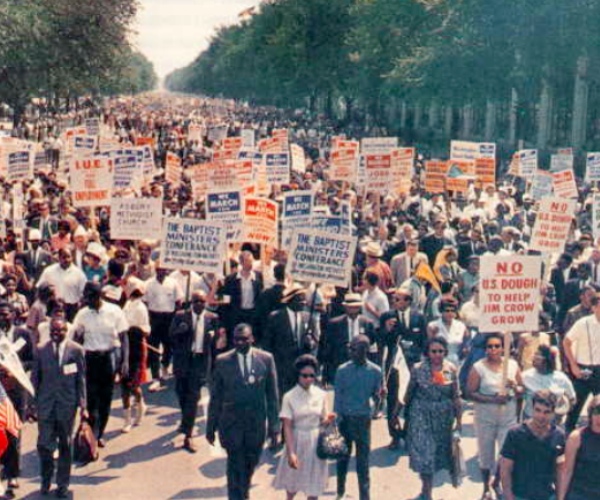 Late this fall, Malcolm Gladwell wrote an article in the New Yorker called “Small Change,” drawing a distinction between traditional activism and its online variant.  He argues that our modern forms of social media can not lead to high-risk activism. “The evangelists of social media don’t understand this distinction,” he writes, “They seem to believe that a Facebook friend is the same as a real friend and that signing up for a donor registry in Silicon Valley today is activism in the same sense as sitting at a segregated lunch counter in Greensboro in 1960.”

If you read his post thoroughly, you have to wonder if his attack is less on social media and our online activities but more on our generation as a whole. We know our Rally to Restore Sanity was no March on Washington. We’ve been told we lack gusto in the way of our bra burning mothers. But we all have our merits and we all have our faults. And since this isn’t a political website, I’ll return to the point.

Gladwell takes on the “social media evangelists” whom he believes lack the ability to provide real motivation because social media is not “about hierarchical organization.”

Gladwell writes, “The platforms of social media are built around weak ties. Twitter is a way of following (or being followed by) people you may never have met. Facebook is a tool for efficiently managing your acquaintances, for keeping up with the people you would not otherwise be able to stay in touch with. That’s why you can have a thousand “friends” on Facebook, as you never could in real life.”

A quick glance at Like Buttons and Retweets and perhaps I can see where he’s coming from. But I dare say that Gladwell lacks a thorough understanding of what exactly is happening online. Gladwell argues that “Facebook activism succeeds not by motivating people to make a real sacrifice but by motivating them to do the things that people do when they are not motivated enough to make a real sacrifice.” But our micro-movements online, the 1,282,339 members of  Facebook’s Save Darfur Coalition, who have donated an average of 9 cents a piece adds up. This “small change,” is a movement and a piece of faith that contributes to a greater whole– a contribution that’s a hell of a lot easier to do on the Internet than in the days at the lunch counter at Greensboro.

While Gladwell might be wrong, his article sparked an important conversation. Now we must think about how we define activism and how we can act in an effective way as individuals. Today, I received the following e-mail from a friend, which I believe demonstrates how small change, minimal effort and a large social network could make a big impact.

Hello, dear friends and family. I am writing to you today, on my 29th birthday, to ask you to help me raise $500 to feed children in Haiti….You must know that I love food and I love kids. Let’s celebrate the intersection of those loves, on my birthday, by feeding hungry kids in Haiti. Feeding a child for one day only takes 25 cents! I’m asking for just $10 per person to aid this worthy cause. I have 1100+ Facebook friends and you all are great people. We can totally raise $500.

Organizations on the Web can have even more power to create positive change. Take the recently launched JUMO, a social network for people who want to change the world. Their slogan is: “Unlike other groups in the space, we’re not interested in the big red donate button. We’re not interested in a one-time donation on your friend’s birthday or a $10 text message to a cause or organization you never return to.”

Chris Hughes, JUMO’s CEO and Founder believes Malcolm Gladwell got it wrong this time. In a recent blog post, Hughes brings up an excellent point in that Gladwell never really defines exactly what he means by social media. Hughes writes, “Gladwell doesn’t seem to have realized that the networks that we use — whether it’s email, Facebook, Twitter, or something else —  are fundamentally communication networks…Clicking a “like” button on Facebook or “follow” on Twitter is the equivalent of saying, ‘I believe in this issue.'” Gladwell doesn’t appreciate that social media provides us with communication platforms that can literally spread news like wildfire in realtime, across the globe. He also misreads the “like” button. It’s not a call to action, it’s just our way of saying “Hey, I care.” We never pretended it was anything else.

Another great organization is My Charity:Water, which has raised over $5 million to date since their launch in September 2008, providing over a quarter of a million people with clean water. The service harnesses social media by letting people create a profile and say why this charity is important to them, making fundraising even more personal and inspiring. Celebrities like Adrian Grenier, Jack Dorsey, Jennifer Connelly, Jenna Elfman and Terry George have been very vocal supporters of the site.

Watch their latest campaign video here. (Also note, the fact that we can see videos like this and see parts of the world in despair without having to hop on a plane halfway across the world is yet another example of why social networks, like YouTube, contribute to social activism.)

In July of this year, Catchafire launched aiming to attract the bright young minds in social media, marketing, public relations and design to volunteerism. Catchafire’s site contains a “Project Menu” tool that gives volunteers and nonprofits the ability to match up their skills and needs, much like an online dating service. Catchafire also sets the parameters of how much time a volunteer works and the deliverables for the project, making the matchup easier for all parties involved.

Today’s technology makes it easier for people to find and connect with others who share similar passions on platforms like MeetUp, Jumo, Facebook, Catchafire or even Craigslist. “Activism is no more or less important today than it’s ever been and self-organization is easier today because of social media,” says Andrew Weinreich, a veteran in the New York City start-up scene and current Chairman of Xtify.

While networks themselves can’t solve the world’s problems, they enable human beings to come together effectively, in real time and across the globe. Social networks allow expert organizations like NGOs, non-profits and government programs to harness our enthusiasm. If we are no longer holding massive war protests and marching naked on Washington it isn’t because our social networks are cheapening our efforts. It’s because we no longer need to burn our bras to get a point across. Whether or not humanity is hurtling towards some sort of collective consciousness for creating good is debatable, but if history has taught us anything it’s that humans are capable of both miraculous and horrific deeds. The fact that we now have social media and social networks hasn’t changed this, but it has certainly empowered more of the former than the latter.

Read next: Gmail for Android 2.2+ gets Priority Inbox specific notifications