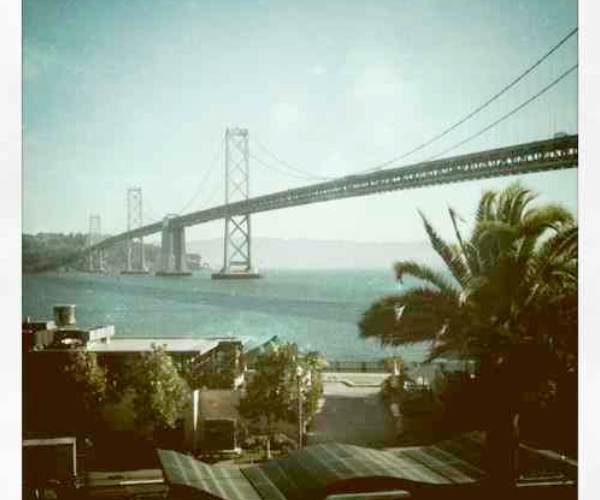 Google has been fairly active in buying up companies in the last year in the social space and was just this week eyeing up a $6 billion acquisition of group buying site Groupon. The reasons that Google has been so active in buying companies? Well we all know they are launching a new social product in the new year and secondly they have a massive $50 billion in cash sitting on their balance sheet burning a hole in their pocket. Most of their acquisitions have been in the social gaming space this year but there is one services that they should be eyeing up in my opinion and that is Instagram. Here is why.

Instagram is pretty light on features at the moment. You essentially take photos, add a filter and then share with your network via 3rd party social networks like Twitter or Facebook. The site works well at the moment but surely it is ripe to add a social layer on top and add the ability to share photos with your own network on Instagram. People love looking through their friends photos and if your social graph was introduced it would make the site infinitely more powerful. Google might just be able to leverage that with their 100s of millions of users across various products if they were smart enough.

Facebook’s Success Was Built On Photos

There were a few factors that resulted in Facebook’s runaway success but even Mark Zuckerberg himself says that the photo product was one of the main reasons why Facebook grew so explosively and become so social in the early days. There were hundreds of other photo sharing sites on the web many with more features and better quality photos but Facebook became the photo sharing giant because it was so easy to tag users and the product was inherently social. Google does of course have Picasa but that’s just the same as all the other photo sharing sites out there and is pretty stagnant.

Instagram is growing at a furious rate. It’s not just the numbers below which show how fast it is growing but all the key early adopters are on there. For want of a better word it is the “cool” place to share photos online now. It feels like something that has legs and will continue growing and not disappear as a fad because the product is so good and people just love using it.

In relative terms it would be pretty cheap. Google would probably have to pay over 10 million for it which seems like a lot for a service that has only just launched and doesn’t have any revenue but that amount of money is a drop in the ocean when you consider that they were willing to pay $6 billion for Groupon. It’s the potential that Google would be paying for and given how this could be integrated across a number of Google’s products and their upcoming social layer I think this would be money well spent.

Even Google Couldn’t Mess This One Up

As we’ve said in the past Google is slow at integrating start ups they acquire. Just think about Grand Central and Dodge Ball. The problem is that it usually takes a lot of time to get things working and before Google gives it a proper push. Having said that the timing on this one could be perfect because Google has a huge team working on their new social product and this would be a talent acquisition of sorts. Buy them, slot them in with the rest of the team as Instagram grows and opening the services up to hundreds of millions of users via Google’s hoer products would not be out of the question. Photos are one of the most social products on the web and I think Google would do well to snap up Instagram while it has early traction and is still relatively cheap.

Read next: Why is Apple apparently sending out free iTunes movie rental codes?