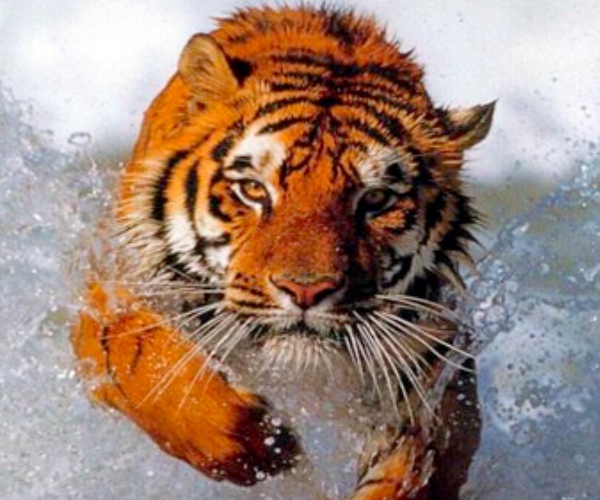 “All problems resolve themselves, given time. But often- especially with major problems- self-resolution is so indeterminate and far in the future that you will want to avoid it and try to control what happens.” -V. in The Mafia Manager

A protest against your brand via social media falls into this category of problems that need to be resolved ASAP. The problem didn’t resolve itself for BP, why should your case be any different?

Facebook page attacks have become almost mainstream these days with new fronts popping up daily, sometimes it’s between organizations, like Greenpeace, PETA and brands and others between outraged customers and brands. But no matter who is the one bashing your reputation online the question is how do you respond? Most recently in the news, we read about dairy producer Fonterra committing Facebook suicide after being attacked by Greenpeace about importing palm kernel. But is taking down your Facebook page ever a solution, when the news is already making the rounds on Twitter, YouTube and Facebook reaching mainstream media, like TV news?

Let’s take a look at some major attacks on Facebook pages in 2010 that led to both wins and fails.

On Monday PETA staged an anti-fur protest on clothing brand DKNY’s Facebook Page using profile photos to spell out the words “DK Bunny Butcher” in protest of the brand’s use of rabbit fur. This resulted in numerous negative comments from fans of the brand expressing their opposition to animal cruelty. PETA has also launched a page about its DK bunny butcher campaign prompting readers to share it on their Facebook profiles.

The brand’s response? None. The brand has now blocked its fans from posting on its wall. All you can see now on the DKNY wall is posts by the brand with hundreds of negative comments about the same topic: the use of fur, without any comment in reply from the brand. Pretty disappointing considering that DKNY has been one of the brands that stood out for its use of social media especially via Twitter with DKNY PR Girl being an excellent brand ambassador. Even on Twitter though, negative tweets never got a reply. Is mute the new black?

Greenpeace in March 2010 used social media to criticize Nestlé’s use of palm oil from companies that are destroying Indonesian rain forests. Nestlé’s Facebook fan page soon flooded with negative posts questioning the brands’ practices. Nestlé, unlike DKNY replied to the negative comments without addressing the subject in question, and with an air of arrogance : “To repeat: we welcome your comments, but please don’t post using an altered version of any of our logos as your profile pic – they will be deleted.” Soon the brand apologized for its reaction and rudeness. In May, Nestlé announced that it will give Indonesian rainforests a break and committed to stop using products that result in rainforest destruction. Today, the Nestlé FB page has an open wall to its fans but makes from little to no effort to answer questions and comments about its products. As far as Twitter goes, its feed seems to be used only for broadcasting. Lesson learned NOT.

Marie Claire last month went through a PR turmoil when its Facebook page filled up with negative comments about the ‘Should ‘Fatties’ Get A Room? (Even On TV?)’ post, while the post itself has logged more than 3,000 comments. The author of the post, Maura Kelly updated the post apologizing later on but the magazine didn’t address any of the general concerns about Marie Claire promoting unhealthy body images apart from a vague apology about the specific post . How does Marie Claire run its Facebook page now? Fans can post on Marie Claire’s wall; they are informed however (through an announcement on a special tab) that although they are encouraged to engage with the magazine and fellow fans, the magazine reserves the right to edit or remove any materials that are deemed to be unrelated to the topics covered on this page– inappropriate, offensive or spam. The magazine doesn’t seem to engaged in dialogue with its fans on the page nor on Twitter, although the magazine addressed negative comments posted later on. Nina Garcia, fashion editor for Marie Claire seems to be making a much better job with her social media accounts. Maybe Marie Claire should consider letting Nina run Project Social Media.

In May, parents protested on Pampers Facebook page about new diapers, called Dry Max for giving kids rashes. Pampers made a statement that called the rumors false and that although they have investigated, they found no evidence whatsoever that the reported conditions were in any way caused by materials in the product. The consumers’ complaints sparked an investigation of Dry Max by the CPSC (US. Consumer Product Safety Commission) which confirmed the brand’s statement. Pampers was prompt to reply to its customers concerns creating a dedicated hotline for questions about the new Dry Max diapers. Pampers not only showed it’s capable of overcoming a PR nightmare with grace, but also makes the most of its Facebook page with an impressive F-store, a special “Ask Pampers” section to answer questions and concerns and a section for parents to share happy moments and “real” bits of advice. Pampers comments on fans’ photos and posts, while keeping its discussion board active. Looks like Pampers is living the social media dream. If there was a Eurovision for social media I’d call: “Pampers douze pointe!”

In June it was Capri Sun’s turn to “walk on hot coals” after a woman shared on Facebook the unpleasant find she had in a Capri Sun pouch. The pictures soon went viral and Kraft, although reacting a little bit slow, responded by putting up a whole FAQ devoted specifically to this one issue. Crisis averted! Kraft Foods today engages in conversation with its customers on Twitter and Facebook showing that listening to them is a priority and makes its consumer contact phone number visible on both accounts.

Cooks Source vs. The world

Cooks Source magazine went under fire on Facebook for lifting a story from a website, refusing to compensate the author and then telling her she should pay them because the piece was in “bad need of editing.” As a result, the magazine that was already not making enough money closed down. The publication that had a staff of two – the editor Judith Griggs and her daughter- didn’t manage to survive the Facebook backlash that resulted in the withdrawal of support from advertisers. Let the lesson be learned that the number one read before engaging on any communication platform is Miss Manners.

How to survive a social media blast?

1. Admit it. There is no way you can ignore it and even if you can, you can only do this until you get a news reporter’s mic in your face, asking you what happened. Besides taking responsibility will gain you some respect which is a necessary precondition to gain some love in the end.

2. Keep your cool. And mind your manners. Even if you think you’re wrongfully accused, two wrongs never made one right. Stay focused and keep your audience posted while you sort the mess out.

3. Make it right. No the “I’m so-oo sorry” trick Rachel used on Friends won’t work in this case. Commit in public to take action against the flaming issue, show you care with actions not just words.

For more info on brands getting brandjacked check Jeremiah Owyang’s blog as he keeps a chronology of brands that Got Punk’d by social media. What was the biggest win and fail of 2010 for you?

Read next: Bing had a huge Cyber Monday, can you guess the most searched for term?