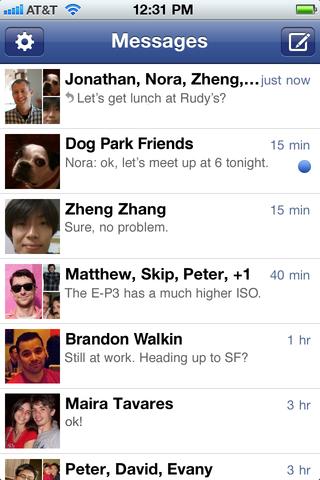 There are lots of challenges to contend with when launching an Internet startup, but one of the more fundamental is its name. It needs to stand out without falling foul of one of the many pitfalls out there.

No no, that’s not what I meant at all…

With online businesses, there’s always the risk that the name you think is perfect could be misinterpreted by someone else in another part of the world. Pongr is a US startup turning brand loyalty into a game. We were quite impressed when we took a look recently, although it may struggle to gain a large following in the UK, where “Pong” is slang for a bad smell.

How your startup name looks when all the words are run together in a domain name  can be a problem too. Just look at celebrity agent search service Who Represents, which resides at whorepresents.com or Therapist Finder, which is at www.therapistfinder.com.

It is possible to exploit unfortunate double-meanings though. Up-and-coming fashion startup Fashism has on the face of it a ridiculous name that could be taken as offensive by some (what’s next? “Hitlr”? “Hollow Coursed”?). However, fascist associations aren’t necessarily a bad thing in this case – it’s eye-catching and a little bit of controversy is a good thing in the fashion world. Still, it might make it difficult for the startup to go truly mainstream in future.

If your product is designed to work with another well-known service, it might seem sensible to choose a name that alludes to that service. Unfortunately the current kings of the social media world, Twitter and Facebook fiercely protect usage of their names. Even names that sound similar can be in trouble.

Twitter has strict guidelines over use of its trademarks. You even have to be careful about the way you use the word “Tweet” in your service name. Facebook is even stricter; Placebook, Teachbook and Faceporn have all suffered at the hands of the Facebook legal department due to their names being close to the social network’s.

The domain’s taken, get creative

With good .com domain names in high demand, the most common problem of all is choosing a startup name with an available domain name to match.

At one time, the most common approach was to drop a vowel – that’s how Flickr got its name. As Flickr co-founder Caterina Fake explained in a recent comment on a TechCrunch post, “We tried to buy the domain from the prior owner… He wasn’t interested in selling…. We liked the name “Flicker” so much we dropped the E. It wasn’t very popular on the team, I had to do a lot of persuasion. Then the dropped “E” thing became something of a cliché…” It’s worth remembering that Twitter started life as Twittr, too.

Another option is to go for a domain name that’s different from your startup’s name. This could be risky, but seems to work fine for some – see TV check-in service Miso (at gomiso.com) and real-time web stats startup Clicky (at getclicky.com). Foursquare used to be found at playfoursquare.com until it managed to acquire the more obvious foursquare.com.

If your domain name is taken, perhaps the best option is to look at avoiding .com entirely and choose a little-used Top Level Domain. Libya’s .ly has proved a popular choice (see Bit.ly and Eat.ly for example), but use your imagination and you could find something that really stands out. Look at Instagram‘s use of the Armenian domain Instagr.am or Curated.by‘s Belarusian domain name which it even adopted as its actual name. Meanwhile, if you’re a music streaming startup, you might find that the Federated States of Micronesia’s .fm TLD is your friend.

Read next: Postling, a social media platform to watch, from the founders of Etsy