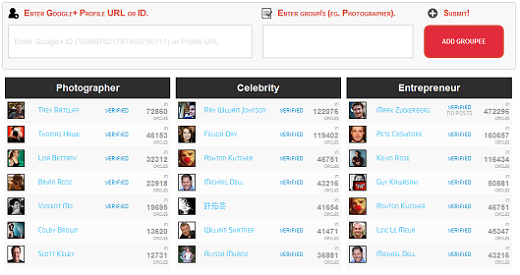 Online video is well and truly, having the best time of its life right now. It seems to be factoring in every marketing plan worth its salt, with some incredible videos being produced by brands that are lighting up social media. I wanted to explore the state of the online video industry a bit further and delve into the stats that show the huge growth curve online video is currently on. Right now it is one of the most fascinating aspects of online, as brands continue to push the boundaries of what’s possible and engaging the audience in completely new ways. It is a seriously big business and one that every brand wants to be a part of. And it’s easy to see why..

Over 35 hours of video uploaded to YouTube every minute

This stat on its own is pretty stunning and quite hard to get your head around. But when you look at in in the context of the past 3 years, or even 6 months, you realise just how impressive this is. The graph below from Youtube shows the average hours of video uploaded every minute, back to June 2007. While this started at 6 hours, in the past 6 months it stood at 23. That’s a huge increase of 12 hours per minute in just 6 months :

That is some seriously impressive growth and also shows that just as much as brand video is growing, ugc is growing at a staggering rate, due largely to the growth in mobile and ease of uploading. As Youtube note themselves there are other factors, such as upping the time limit in videos, which would obviously attribute for an increase in the total length of video uploads. But this is impressive nonetheless. At the business end of video, Blinkx are showing that online video is starting to become a profitable industry. While Google still won’t reveal whether Youtube is making them money or not, Blinkx have recently announced their first ever turn in profit in the 6 months up to September. And it comes 3 years after they first launched. Blinkx make money through running ads alongside the videos they index, acting as a huge video search tool. They have certainly had a good year, as the 400% share increase shows. It’s also encouraging to see that online video isn’t just about Youtube and there are some other serious players in the market with unique offerings.

While some research shows that advertisers are cautious over online video advertising, due to factors such as standardisation of ad formats, online video advertising is going from strength to strength. A recent study from ComScore (the people who measure things), found that just over 45.4% of users in America viewed at least one video ad over a month. But more impressively, were exposed to 32.2 videos each, on average. That’s over 4.3 million video ads that were served to the online U.S. population in September 2010. This shows the power of online video ads to get right in front of your target audience. And while there are some definite rights and wrongs in the content of the video ad, I think we’ll see this grow even more and prove itself as a valuable industry up there with TV.

Kia spend a third of budget on online video

In a bold move, Kia Motors have invested a third of their £2 million marketing budget for the new Sportage model, into online video. We’ve seen the motor industry embracing social media more and more – with Ford launching a model through Facebook – and this shows the commitment that some brands are making to online video. Not so much an add-on or a nice to have, but a central facet of a multi-million pound campaign. The online campaign will focus on the central characters from the TV adverts and include home-page takeovers and video ads. Cases like this help to solidify online video as a serious marketing avenue that can bring a campaign to life and help you get that extra bang for your buck.

20% of downstream internet traffic is to Netflix

In a huge coup for Netflix, a recent study found that 20% of peak time donwstream internet traffic was streaming video from their site. This is great news for Netflix, and perhaps not so great news for the DVD market. If Netflix were available in Ireland I would be there in an instant and would choose to view all films in this way, as it simply doesn’t make sense to invest in a DVD anymore and I expect that even the gift market for this may eventually die out. 20% is a huge figure and shows how much Netflix has staked its claim in this market.

In June 2010 Facebook released some interesting stats into their online video offering, which show the huge potential it has to own this market. They revealed that as well as 2 billion video views on its site each month, there were 415,000 online video uploads each day. While it may not be a contender to Youtube just yet, the sharing capabilities within Facebook and the ease of connecting with your community show the potential for this to grow. Interestingly, Youtube now offer the option of connecting with Facebook instead of logging in with your gmail account. This shows Youtube recognises the power to use the huge community on Facebook, something it can’t compete with, to combine with its own wealth of online video.

Live stream video viewing up by 650%

In their most recent report into online video, Comscore announced that the amount of live-streamed video we’re watching has grown by 648% over the past year. This is absolutely phenomenal growth and compares to a (still impressive)  68% increase in video views on Youtube. While it may still form a minor part of the online video  market, live streaming is growing in popularity and use, as we become more accustomed to this form of content, both as consumers and producers. UStream are owning the market here, but Facebook are quickly getting in on the game – recently introducing LiveStream integration with Facebook pages. This has the potential to hugely increase the live stream video market and see it really reach the mainstream.

Read next: The Adapt Pico Play, projecting family favourites whatever the location