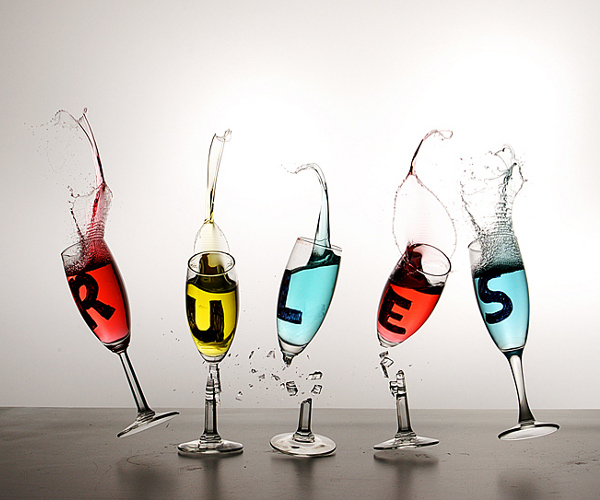 How many times have you seen a book or a blog post that explains the rules of social media? These posts can be (and often are) very informative and useful, but it’s easy to take these as gospel. If you want to create an innovative social media campaign that will make people take notice, throw those rules out the window, I say.

Rules make us feel safe and confident, and help us to fit in, but they can also hinder our creativity if we let them take over. I can’t think of a single social media campaign that really created headlines by sticking to the rules. Every time a new marketing campaign or project becomes successful through social media, it’s because they did something no-one else had done before.

Take a minute out of your day and look at these examples of brands who broke the mold, looked outside the square, and made new rules.

If you hang out pretty much anywhere on the Internet, you will have heard about the Old Spice guy and his videos. For over two days, the Old Spice marketing team and their star actor, Isaiah Mustafa, created personalized video responses to regular fans, and celebrities like Ellen Degeneres and Kevin Rose. They even helped someone with a marriage proposal.

Check out this video response made for Alyssa Milano:

How they broke the mold:

Creating personalized responses involved the audience and created huge buzz. Because the videos were not in-your-face commercials, the immediately apparent value was for viewers, not the brand. The results, however, were interest and exposure for the brand.

What we can learn from them:

If you want to use social media successfully, personalize the experience. And don’t always feel like you need to make it obvious that you’re selling something – let the exposure and buzz about your brand sell itself.

A tax office is not a place that screams ‘innovation’ – at least, not to me. But eSmart Tax used social media effectively in a huge campaign last tax season, letting over two million people file their taxes for free. The catch? Your last name had to be Johnson. Using a guy called Daryl Johnson as the spokesperson, eSmart encouraged anyone with the last name Johnson (over 2.2 million!) to file their taxes without paying a cent.
Daryl was featured in videos, on billboards, and controlled a public Twitter account that gave away Visa debit cards for a month during tax season (with no last name requirement). For the millions of Johnsons who were able to use eSmart Tax’s services for free, those who enjoyed the experience would likely become repeat customers. That’s a lot of extra business to be drummed up in one year, and a lot of exposure for the business.

By not targeting every possible customer, the promotion was more personal. Those that received the benefit of filing their taxes for free knew they were receiving an exclusive, making it more special. Plus, using an average joe for the spokesperson not only gave a face and personality to the company, it made it someone who people could relate to.

Don’t feel that you have to go after every customer – making a generic, one-size-fits-all marketing campaign will place you firmly in the middle of the pack, rather than set you apart. Once you’ve identified your demographic, take that a step further and break it down into sub-categories. Don’t be afraid of using a variety of channels or mediums to engage with your customers.
Secondly, remember that your customers want to relate to you. Gone (or going) are the days of Company v. Customers. We are moving toward an era of Person + Person. Give your company a face, a voice, and a personality that customers can engage with and relate to.

Facebook had not offered the ability for users to include attachments in their messages, but instead of accepting this, FedEx went above and beyond to create this functionality. Rather than adding on to what was already a popular platform, FedEx looked for something that was missing – something users obviously wanted, as the app achieved over 300,000 active users in six days.

We don’t necessarily need to come up with a shiny, new idea and hope people will want it. It can pay off just as well to find out what customers already want and give it to them. Instead of starting with what you offer, try exploring what your customers do when they’re not using your products or shopping in your stores, and work out how you can use that information to benefit your brand.

The Whopper Freakout campaign run by Burger King was a huge risk that paid off. By removing the iconic Whopper burger from the menu, and having employees recommend competitors’ products instead, the company was rewarded with increased sales, a Grand Effie advertising award, and real comments from customers about their loyalty to the brand. The burger was only removed from the menu for one day, but customers were told it was gone forever as part of the hoax. Check out the video below from in-store hidden cameras:

Removing the most iconic product a brand offers, even if only for one day, is incredibly gutsy. It sounds like a terrible idea in theory, but look what came from it. Not only did the company pull off an impressive hoax, which is unorthodox in itself, it put the entire brand’s image on the line to find out the truth about its customers’ preferences.

Whilst removing your best-selling product from the shelves may not be something you want to try, there is a great message to be learned from what Burger King did. Finding out what your customers truly think about your products or services, and how you can improve is the only way to satisfy them. Don’t let yourself be fooled into thinking boardroom meetings and executive offices are what you need to build a satisfied, loyal customer base. At its very essence, Burger King’s campaign was about supply and demand – when the Whopper supply dried up, the demand grew. Don’t bother supplying a demand that doesn’t exist – interact with your customers to find out what the demand is before attempting to fill it.

Thinking outside the box is an old, tired metaphor that we use too often. The unfortunate truth is, we don’t actually do it often enough. Creativity and innovation are leading the way in marketing of all forms, but particularly through social media. The Internet is giving consumers more input and control than ever before, and therefore increasing the standards required by advertising.

Take note of these four examples, and how they all did something unexpected. Throw out the rule book, shake off your old habits, and start with your customers. Start with what they want, where they are, and what they think of you to create a social media campaign people will enjoy and share with others.

Now, get out there and start making your own rules.

Read next: Bit.ly Pulls Links Together with Bundles