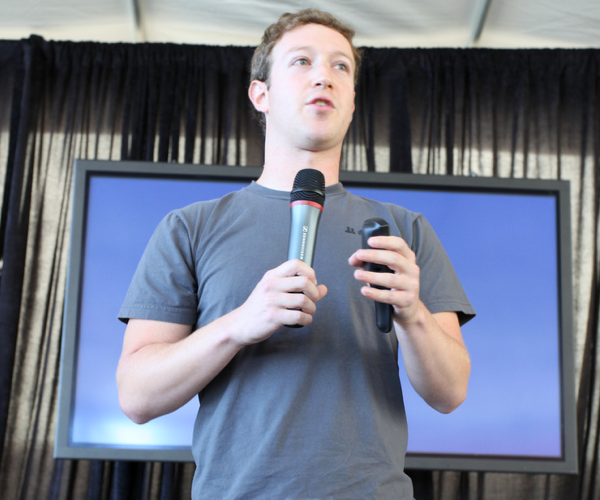 So let’s get this straight: it’s not an email killer, and everything that it does can be done by services that I already use? Can someone tell me why, then, I should care at all about Facebook’s new messaging platform? Taking a look at the inner workings, what we see from Facebook today is an Apple-esque way of working where the company has taken things that Gmail has already done and simplified them or cleaned them up somewhat.

The fact of the matter is this, from where I’m looking: What Facebook did today could easily be done in Gmail with 3 Gmail Labs plugins. Oh, and then I don’t have to move over to Facebook.

Someone sends me an email, and I can immediately open a chat with them. If they don’t get the chat, it emails my response to them instead. Got it. Does this sound like Google Talk to anyone else? It seems that it would be a simple thing for Gmail to tweak the response settings via a Labs plugin to allow me to open a chat with anyone who has an XMPP-enabled address (such as what Facebook is using, interestingly enough). If they close their window or don’t reply for X number of minutes, my message is emailed to them.

Further, from the demonstration that we saw on stage, it’s simply real-time chat. That sounds suspiciously like a trimmed-down version of Google Wave, to us. Maybe Google was a bit too hasty in killing the Wave, after all? OK, we get it. It’s cool to be able to look back through all of your history as a single thing instead of seeing threaded conversations. Again, though, this is a Gmail Lab waiting to happen. When I search for “[email protected]” in my email, Gmail tells me that I had chats with him, I had emails with him and I even had Wave conversations where he was included. So, someone roll up a plugin that will take my search results for a specific person and display them as a timeline chat window, instead.

Oh, and better yet, if I don’t like the idea and need a bit more organization, I can kill the plugin and choose to not use it. Sorry, but from where I’m sitting, this looks like backwards-thinking innovation. Zuck himself said that email was too difficult to deal with. Why, then, would I want to add more to it?

If I’m using my Gmail and someone sends me a message, I have some choices. I can read it if I want, archive it, report it as spam or just let it sit there, among others. Though the idea of locking down your email to only the people that you know is somewhat interesting, it’s like too limiting.

However, let’s say for a moment that it’s something you want. How hard would it be for Gmail to look at my contacts and see if the email is from someone I don’t know? Pretty easy, it would seem. And so I could use another Labs plugin to bounce that email back to the sender with a standard bounce message. Again, not ground-breaking.

In all, what Facebook announced today, again just appears to be a polished version of Google products…but with fewer options. If you’re already a heavy Facebook user, then maybe it’s a good thing for you. If you’re not, though, it’s likely a change that will be far too much of a pain in the tail to use…especially if you’re coming from Gmail.

While there is absolutely value to be seen in introducing something that another company should have, Facebook just doesn’t fit the bill of a professional email or messaging service. As I’ve seen all over my Twitter stream for the past few days, people are already talking about turning down job applications that include a Facebook.com email address.

Ultimately, the choice is yours. That is, once you’re able to snag an invitation. For those wanting them, I’ll be happy to pass mine on, as long as it doesn’t require me signing up to use the service. At this point in the messaging game, the power of meh is far overshadowing anything that resembles innovation from today’s launch.