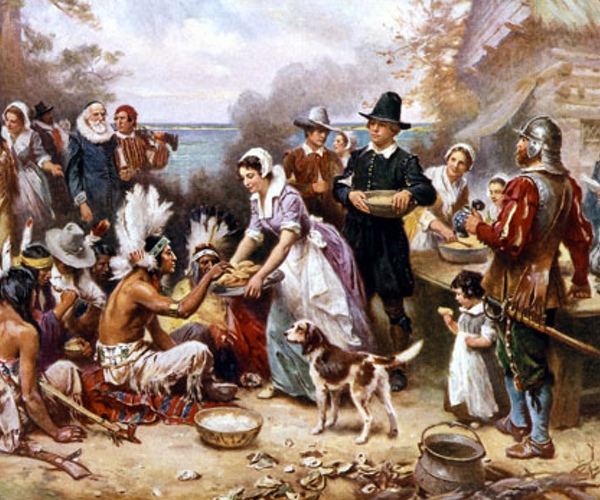 In the land of social media, filled with magic creatures like ninjas, butterflies, gurus, pirates and rock stars, it’s only natural to hear a fairy tale or two. The digital era offers brands rich communication platforms that can potentially revolutionize the way they market their products and relate to their customers. Yet, online social space is still fresh and it’s vital to avoid absolutisms, and don’t let the social media glitters ( Likes, Followers, Double Rainbows) blind you. Time to give the most common social media myths a Sue Sylvester treatment.

Let’s return to the real world of dating: for a minute Everyone likes to feel respected and considered, but nobody wants to date a pushover. Same goes for the business world. You control your brand, what you can’t control is what people think and say about it, but that’s an old story, right?

Some brands try to hold on to the control of their name by responding only to positive comments and “burying” all negative. For example, Asus hosted a blogging contest, but after the community voted for a blogger who was “not entirely Asus kissing,” Asus tried to change the rules to benefit a more positive review. Other brands, being smart, respond to consumers complaints and questions and allow them to participate actively to drive co-innovation, like Starbucks’ What’s Your Starbucks Idea.

What a brand represents and what’s in it’s future is 100% the owner’s business. When Gap went though all that logo drama everyone was saying that Gap hadn’t realized that the company no longer owns it’s logo, the people do. For me the biggest mistake Gap made was it’s last-minute effort to crowdsource the new logo in a panic to please the crowd. Tasteless is bad but spineless is worst.

Nobody in their right mind would advise you to ignore customer feedback, but sometimes you’ve got to stick to your guns. Just remember how Steve Jobs handled the iPhone4 reception issues. Did he lose face? No sir! Sometimes you just have to say: “I hear you, there were some mistakes but you are holding it wrong!”

Myth No. 2: “You need to be where your customers are.”

That’s pretty much… everywhere, but there is always a right place and a right time to have a conversation. Figuring out what you want to say comes first and then finding the right channel for the brand, the idea and your budget. Not only will this save you a ton of time and money but also your credibility. If you just “blah” pointlessly on every social media platform there is, it won’t be long before your clients mute you. For some businesses the right place is Twitter, for others LinkedIn, or even niche online communities where you can build strong ties by responding to questions and helping other users. For instance American Express and HSBC created their own communities, Open Forum and The HSBC Business Network with great success.

Myth No. 3: “Perfect execution is not that important online.”

People see a lot of low quality content online, that still may be very popular. Still this does not mean that people have the same standards for content produced by brands as for content produced by amateurs. Paying attention to detail shows respect to your customers, and people expect brands to keep the same high standards they have for their off line content. Proofreading, high quality videos, beautiful images and great design go a long way no matter what the medium.

Vogue’s US page on Facebook speaks nothing of the glamour we have associated with this bible of style. All you see when you visit is a feed of links from vogue.com and comments without feedback. In contrast to the French Vogue’s page which has a beaultiful landing page and Vogue Italia which, although has not the elegant layout of French Vogue, is clear it uses it’s Facebook presence not only to promote Vogue.it but to engage in conversation with its readers.

Stay true to the story of your brand, you don’t have to give in to design gimmics to stand out. Just spell things correctly, keep a clean look and have a simple message.

Myth No. 4: “When you don’t have time /money to create something, just curate content relevant to your brand.”

This actually isn’t such a bad idea, but what your “social media honey bunny” needs to tell you is that without an objective, you won’t even know if you have a success or a failure in your hands. Decide what will equal success for your project: brand awareness or maybe kick-start discussion? Then decide what content you should curate and how.

Burberry with Art Of the Trench is one of the brightest examples, but other cases like L’Oreal’s Destination Beauty, not so much [ Correction: Destination Beauty is sponsored not owned by L’Oreal – sorry! :) – still L’Oreal could find a way to engage with these vloggers too, so that the brand would benefit more than just being an old school ad on this channel ]. Destination beauty curates videos from beauty vloggers and magazines, the problem is most vloggers mainly use other brands’ products and so all L’Oreal created is a hub for people to say how awesome their competition is.

Another controversial example is the Skittles Twitter campaign. The candy company turned its home page into a Twitter search feed for Skittles. As expected both good and bad comments appeared, but it wasn’t long before the brand’s feed was flooded by trolls. While the idea behind it was good (transparency and trust in the quality of the product) it lacked the element of engagement on the brand’s part.

Myth No. 5: “You need a strategy… for everything!”

If you don’t have a strategy for your phone, your fax and press releases then you don’t need a Like strategy, a Video strategy and a 140-characters strategy. If you do, then you need help and a hug because you’ve got too much on your hands. Of course you need to think before you tweet, but you also need to make sure your social media efforts are in line with your brand’s general strategy and your message is consistent on all platforms. Social media is an integral part of your business and not a parallel project. Do your research and determine what is relevant to your business and a particular angle and then get to action.

Myth No. 6: “Go viral! Go crowdsourcing! It works like magic!”

Yes, viral content is great and marketers love it. Who doesn’t want to have an Old Spice success?! The problem is that viral is highly unpredictable. If it fits your brand and your budget, give it a shot, but don’t put all your eggs in one basket. If your time and money are limited maybe it’s best to invest them in improving the customer experience; nothing is more viral than happy clients.

As far as crowdsourcing goes, you need to think about who you need to contribute, what for and then set your rules. Vitamin Water was successful in getting its Facebook fans to help them create a new flavor through a well thought-out and designed application, whereas Chevrolet’s ‘Make Your Own Tahoe Commercial’ resulted in a number of videos attacking the S.U.V. for its gas mileage.

What would Sue Sylverster think about working with social media : ”You think this was hard? Try auditioning for Baywatch and being told they’re going in another direction. That was hard.” Social media can be great for your business, no reason to sugarcoat it. Try a few things and be open to learn and by doing so you’ll be able to build a true connection with your customers.

What social media myths have you busted or confirmed?