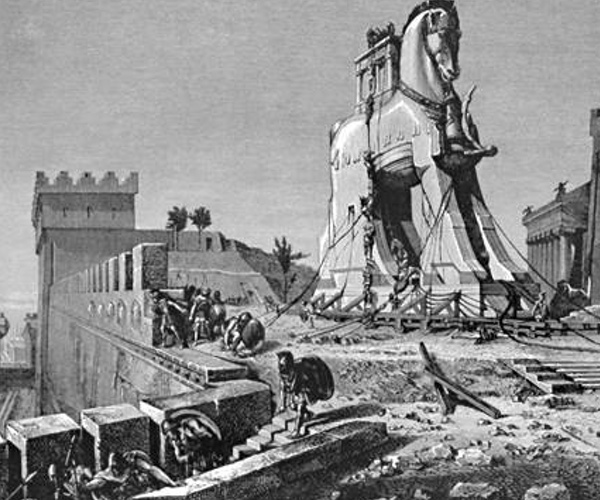 So you’ve got a company Twitter, Facebook, Tumblr, Flickr and YouTube account…great news. But to harness the power of social media requires far more effort than simply setting up a company profile. And how do you ensure staff doesn’t commit a social media howler? It’s all very well slating that one annoying client with your colleagues in the staff canteen. But with social media there’s a level of transparency that companies must address – it really is best not to get caught with your trousers down—in some cases, literally.

Engaging with social media is very much a double-edged sword. On the one-hand, it can raise profiles and generate revenue – Dell has previously claimed that it earned $3m directly from engaging consumers via the company’s Twitter feeds. And social media also influences SEO too, with links emanating from ‘tweets’, ‘likes’ and ‘Diggs’ all thought to be factored into Google’s increasingly complex ranking algorithm.

Then there’s the other side of the coin that sees employees fired for stepping ever-so-slightly out of line on a social network. Or corporations such as Nestle and Tiger Airways mismanaging negative coverage received on social networks.

And this is why businesses need to have a double-barrel social media policy – one that not only embraces the potential of the social sphere, but also lays out the rules of combat for employees tasked with managing online activity.

The Internet is proving to be the great CCTV camera of history – status updates and tweets are forever. And any misdemeanours are thus captured and recorded for posterity. But businesses are beginning to address this duality by putting more emphasis on the individual.

Social media efficacy relies on trust – consumers are more likely to relate to an individual from a company who is open about who they are. This is why you’ll often see a company’s Twitter feed accompanied by scores of ‘individual’ Twitter feeds from employees. Twitter doesn’t work nearly as well behind a wall of logos and corporate-speak.

But this set-up also works because companies have more leverage to say “well, it was Johnny from marketing’s opinion, not ours”. And this is a fair point – a company’s brand shouldn’t really be affected by one wayward individual who’d had a night on the tiles and ‘wasn’t thinking’ when they posted a tweet.

Earlier this year, Ford released its internal social media guidelines for the whole world to see. And it made for an interesting read, if only to confirm what we all probably knew anyway.

The issue of honesty is tackled in the section “be honest about who you are”, whilst emphasis on the individual is covered by “make it clear that the views expressed are your own”.

In fact, Ford pretty much sum up five golden rules for any business wishing to sidestep social media calamities:

1.    Honesty about who you are
2.    Clarity that your opinions are your own
3.    Respect and humility in all communication
4.    Good judgment in sharing only public information – including financial data
5.    Awareness that what you say is permanent

Ford’s Head of Social Media, Scott Monty, is even sure to maintain a good public profile by posting comments on forums and blogs that discuss Ford’s social media activity.

As we’ve established, this is only part of what makes social media work. It’s one thing to avoid failing, it’s another to succeed. Three key words should underpin any proactive social media policy: accessibility, incentivisation and engagement.

Businesses must make it as easy as possible for customers to join their social media platforms. Clear ‘follow us’, ‘like us’ or ‘Digg us’ icons should be prominent on any company website.

If customers don’t join in voluntarily, they must be incentivised to do so. Offer special promotions for ‘liking’ or ‘following’ the company. And the next bit is probably the most important of all.

You have to actively engage your social media ‘fans’ on a regular basis so that they value the experience. There’s no point setting up a Twitter feed or Facebook page if all activity ceases after the first week. And it needs to be personal too – so if you’re the CEO, Marketing Manager or IT master, having personal feeds for people with an interest in your specific line of work can help immeasurably.

Having a general company Twitter feed is fine, but don’t write it from a first-person perspective – “I was at a great conference this afternoon…” doesn’t really make sense unless it’s written from a personal point of view.

And this is why having a social media policy in writing is necessary – it gives your social media activity structure. And even if you never score a single dollar-sale from your efforts, at least you’ll avoid a viral customer back-lash due to one too-many sherries the night before.