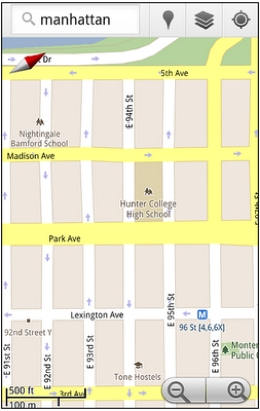 Somewhere between yesterday’s Steve Jobs rant and tomorrow’s Back to the Mac event, the rest of the world of tech has decided to come to a standstill.

OK, we get it. You can type in a hashtag in front of any word and that makes it easier to search. If you’re at a conference, or participating in something like #blogchat, then nobody is going to have an issue with you using a hashtag for easier conversation.

But you’re not always at a conference. Sometimes you’re #walking down a street in #SF while eating a #hamburger and nobody really needs to see your hashtags. For that matter, we’re pretty sure that your #hamburger hashtag just makes you look self-important.

Somewhere, someone got the idea that putting a :) at the end of anything you say doesn’t make you look like an utter moron. I’m as bad as anyone when it comes to using the sideways smiles, but there’s a time and a place. Every tweet you post? That’s not the place.

If you’re being a jerk about something, go all out. If you’re being passive aggressive, do so in the most grand way possible. Adding a smiley face to the end of your tweet? That doesn’t make you approachable, it makes you look like you have no idea what you should have said next.

Just because Ashton, Alyssa, Gary V or someone else more widely-known than yourself once replied to you, that doesn’t make you chums. There’s nothing that comes across so insane as seeing people toss out “hey, @AplusK, just give me a call sometime and we’ll hang out” with any sort of seriousness.

Facing facts, people are busy and the ones who have a half million followers don’t get to answer every @ reply. Tweeting to them and expecting a reply is more than a bit frustrating for the rest of us to see.

Last night, I was going to have a Cobb salad for dinner. One of the ingredients, as I’m sure you know, is bacon. I have this problem when cooking bacon that I end up eating all the darned bacon. So, I tweeted about that rather mundane fact:

That tweet got some funny replies, and even a rewteet or two. Mission accomplished. Or so I thought. Little did I know that I had apparently angered a vegan: So wait… I tweeted something, then you stalked me down (this person doesn’t follow me) and decide to attempt to make me feel bad for my dinner choice? Not cool. I don’t push my beliefs onto you, do I? Next time, just walk away. There are better recipients to your cause than the guy who just downed a half-pound of cured pork while standing in the kitchen.

OK, so you had a few too many. Sometimes it can be comical to see what you tweet…but more often than not it’s simply annoying. Need a lesson? Here you go:

So that’s that. Now, tell us in the comments, what annoys you on Twitter?

Read next: Full Tilt Poker Is Coming To Android