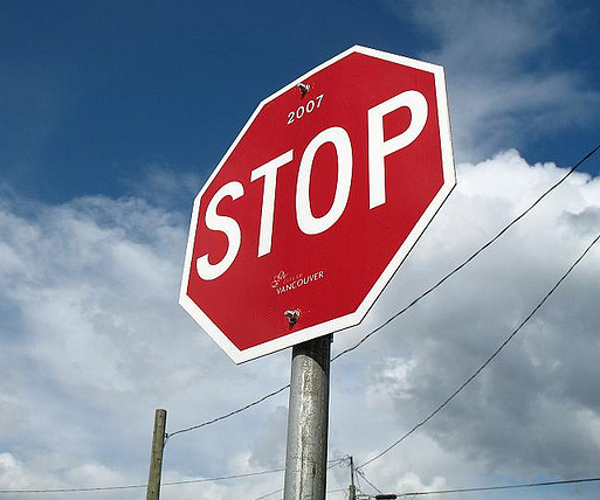 Last week we brought you 5 trends that will shape the next few years of social media. After we chewed that list over on this week’s podcast too, I thought I’d go the other way.

At the risk of sounding like a grouch, here’s a look at the social media trends that really need to stop right now.

Okay, this is a bit of a controversial one as Follow Friday is one of the most popular traditions on Twitter. “Giving props” to people you think are worth following is an honourable thing, but it’s the way that Follow Friday has degraded over the past year that I object to.

When the trend started, it was all about namechecking one or two people per week and describing why they’re so great: “#FollowFriday _____ because she’s insightful, funny and loves Manchester City football club.” – that kind of thing.

Now it’s degraded to often being nothing more than a list of names. Why should I follow these people? It’s just a sea of meaningless tweets every week, consisting of nothing but names. To make matters worse, it’s not just on Fridays anymore. In 10 minutes on a Sunday afternoon, I witnessed over 300 #ff tweets come through on Twitter search, and almost all were of the ‘list of names’ variety.

The solution: Let’s either go back to “Old school” #FollowFriday where you give reasons to follow people, or use Twitter Lists instead. I have “Follow Any Day” list. It’s far from complete, but it contains some of the people I think are well worth following. Why not create your own and tweet out a link to it every Friday? That way others can browse your favourite tweeters without a sea of ‘name spam’ cluttering up Twitter.

I don’t care what you’re checking in on Foursquare at the coffee shop, that you’re sharing the TV show you’re watching via Miso, that you just favorited a video on YouTube or that your “daily newspaper” is out via Paper.li. You know what? Virtually nobody cares. If they did care, they’d follow you on Foursquare, Miso, YouTube or Paper.li.

Auto-tweets from web services tend to be designed to promote the services themselves but do little for your own audience on Twitter, who probably see hundreds of this type of tweet per week and have learned to filter them out, meaning that they’re nothing but noise.

The solution: The fact you’re doing something might be worth sharing on Twitter, just do it in your own words and with some context. “I love this video – funniest thing I’ve seen all year” or “I’m watching Inglorious Basterds. My, this is a tense film”. The joke was pretty thin when it began, but the process of ‘hilariously’ redirecting people to a YouTube video of Rick Astley’s ‘Never Gonna Give You Up’ is about as funny as a genocide now. Still, not a week goes by when I see it being used somewhere.

The solution: Either show jump on a new meme once in a while or at least show some imagination.

4. You’re the mayor of copying Foursquare One for the startups and media companies out there now. Foursquare’s success showed how much fun being the “Mayor” of somewhere can be. I love competing with others to be Mayor of locations a visit regularly.

Foursquare, and arguably Microsoft’s XBox Live before it, have inspired a wider “Badgeification of the Internet“. In most cases, this is a good thing. Making a game of your web service adds a new dimension to it and I personally love unlocking “achievements” for doing things online. However, when you’re showing no imagination at all and are just copying Foursquare’s “Mayor” mechanic you’re just showing an utter lack of imagination.

Witness Loopt, where you can become the “Boss” of places or Yelp‘s “Kings”, “Dukes” and “Barons”. If you’re going to make a game of your service, at least do it with some flair and originality.

The solution: Come up with your own damn game mechanic.

5. Checking other people in on Facebook Places without permission

Quite why Facebook built this feature into its location offering in the first place I have no idea, but tagging other people at a places without their permission is just plain rude so let’s nip it in the bud.

Sure, it’s easy to block others from doing this to you in your privacy settings, but it’s switched on by default. So, if we were friends on Facebook I could check in at a location and, without your permission and regardless of whether you were actually there or not, I could tell everyone else you were with me.

Although Facebook Places is currently only available in a handful of countries, this feature has already caused annoyance to many and it’s easy to see how it can be used to harass or just mess with people by checking them into places they’d never want to go.

The solution: If Facebook decides to keep this feature long-term, the only solution here is not to check others in unless they really want you to. Oh, and to make sure you check your privacy settings to stop others doing it to you.