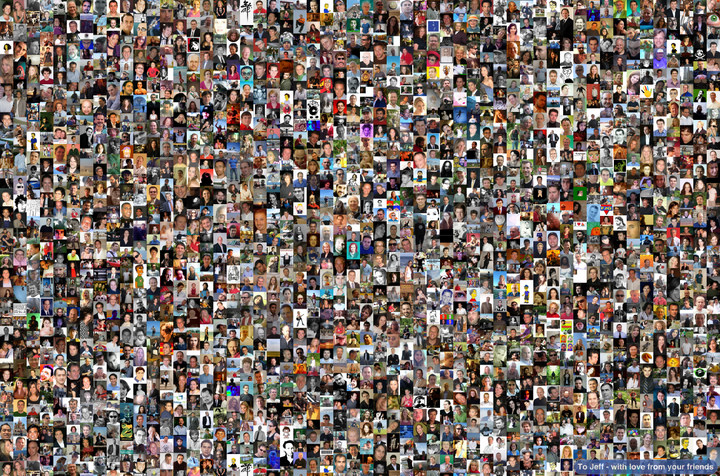 When you work in social media for a while you realise that you’re experiencing trends – first it was all about Facebook, then creating content, then Twitter competitions, then back to Facebook again. Right now we’re seeing a huge rise in social advertising. Many companies are investing in what is still a fairly new area and doing amazing things. I like to think this is as a result of marketers realising that you get the most bang for your buck when you combine social technologies with other advertising and communications channels. We’re starting to see some really exciting and mind-blowing things being done through social advertising.

I’m a huge advocate of companies combining their advertising and social media efforts, because it just makes good, marketing sense. And we’re talking about social advertising not just being Facebook ads to support a campaign and instead letting the capabilities of social media influence and enhance what’s possible with plain old traditional advertising. And it’s not all about having huge budget to build something that requires a crane or a crack team of designers and programmers – there’s plenty of examples of innovative social advertising that use a bit of nouse and some guts to try something different.

Calvin Klein – take what you’ve got and make it different

I have absolutely no shame in my love of QR codes – for some reason they just get me excited. And one of the best uses I’ve seen of this is by Calvin Klein earlier this year when they turned one of their billboards into a QR code. Passers-by that stopped to scan the code were taken to a ‘steamy’ video that they could embed and share with friends. There were certainly plenty of people that disagreed with this campaign. Sure, not many people really know what a QR code is, it’s hard to scan if you’re driving etc.. and some just saw it as opportunistic. But I say so what? Calvin Klein created an innovative piece of advertising here that also generated invaluable column inches for them (both online and offline).

But what I really like about this campaign is that it profiled a piece of technology that is available to everyone, no matter what size your business. Basically all you need is a printer and a phone and I think we’re going to see a lot more companies use this in innovative ways over the next few months. The huge rise in smartphones obviously plays a big part here and as prices come down I think we’ll see this technology really hit the mainstream soon – you could argue it already has. And if you’re still not convinced about QR codes and how easy and free they are to use – check this site out and create your own QR code.

Showing what’s possible if you have the luxury of a bit of extra budget, Tipp-Ex have created one of the most fun and mindblowing video ad campaigns I’ve seen in a while. If you haven’t heard about this campaign yet, I’ll let you find out for yourself and just tell you to check out the campaign on their brand channel here or view the original video below :

This is an excellent example of a Youtube takeover and it just keeps on getting better, with the final surprise thrown in proving ridiculously addictive. Tipp-Ex have racked up some impressive views for this campaign, with over 3 1/2 million views, which is not bad for the investment that would have been made for this ad. Though this certainly requires film budget and they’ve invested in a brand channel it still shows what’s possible if you used a simpler mechanic such as Youtube annotations, which are available for everyone to use in videos. I don’t think youtube annotations are talked about enough and the Tipp-Ex example, while ambitious, shows what could be done using these if you couldn’t invest in a channel takeover.

Now chatroulette’s time was fairly brief and I’d say its days are numbered, but some more daring brands jumped on the platform and engaged in innovative marketing campaigns. One of the best examples I’ve seen comes from Dr Pepper, for April Fool’s Day

This is an example that shows what’s possible when you turn your advertising completely on its head and instead of trying to find new ways to spice up traditional ad formats, you find a new format altogether. You could argue that this is more of a mini social media campaign than social advertising, but I think it’s interesting to show how the lines are blurred between the two. It also goes to show just how hard your advertising can work for you, when people write about it and embed your content because you’re offering something different and fun. Dr Pepper were certainly brave here with experimenting in a fairly risque platform, but it is completely fitting with their brand and what we’ve come to expect from their advertising.

The above examples show the possibilities of what’s out there for your brand, if you’re willing to step out of your comfort zone and invest time in being creative. I love it when brands come along and shock you, and when this comes from the most unlikely of sources such as a fairly basic office supply.

And where there’s brands, there’s money.

A recent report by emarketer looks at the renewed interest in social advertising – it comes in cycles – and finds that in the U.S. 6.7% of all online ad spending will go towards social. This is now a $1.68 billion dollar industry, which shows just how seriously brands are taking social platforms. While the interest in social media has really been growing among companies for the past 2-3 years, the budgets have been slow to follow. This report is encouraging however and shows the serious investment that’s being made. Indeed, the same report finds that online advertising spend will rise to more than $2 billion in 2011. The majority is going to Facebook, which you’d expect, but as these case studies show I think companies are starting to look more at how other channels can work for them as Facebook runs the risk of becoming overloaded with brands.

The rise in social advertising also has huge implications for companies that invest in social platforms and build their entire products around it – with the likes of gaming platform Zynga being a good example. Their ad campaign with Microsoft certainly proved the case for innovative online advertising. It also shows that there’s real money to be made from the web and companies that seek to monetise through advertising need to find new ways of doing this. It’s not about sticking in Google ads anymore, or even leaving sections of your site open to sponsorship. Companies have to work harder to get in front of their eyeballs, as they battle with a complete turnaround in user behaviour. The future of advertising is social, and I think it’s pretty exciting.

Read next: Add visual flair to brainstorming with idea mapper for iPad.