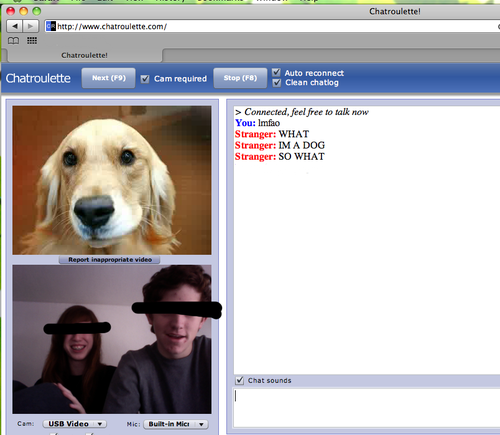 Chatroulette, the notorious “see and be seen” webcam chat site, has quite suddenly been pulled offline. There is a promise that the site will launch an updated version tomorrow, but for now this is all that you’ll see:

The anonymous webcam site, which started in November of 2009, quickly hit viral popularity while creating quite a few viral moments of its own. Piano Roulette, which then spawned a version of itself by Ben Folds are just two of many examples.

In the last few months, however, the service has started to lose popularity. It’s anyone’s guess as to the reasoning, though founder Andrey Ternovskiy might now be regretting his words about the site growing into “something uncontrollable“.

We’ve reached out to Ternovskiy, and we’ll let you know what sort of surprises we find out about the new version.

A tip of the hat to TechCrunch.

Read next: Woopra there it is, an iPhone app for real-time web tracking and analysis.