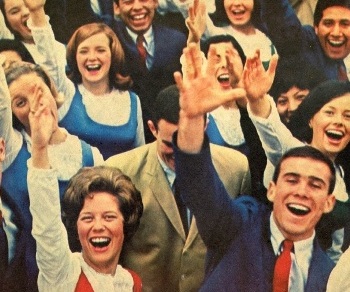 Okay, so a bit of back story. Louis Gray found a mysterious Twitter account called ShoutOut that hinted at some kind of new Twitter service. We later spotted a DM Fail from Twitter’s Sean Garrett that seemed to confirm it was real.

Sean’s just sent us the best statement we’ve ever received from a tech company that explains all:

There have been reports of a Twitter Shout Out™ product being launched on the market soon. We can neither confirm or deny a product at this time. Not even if you ask us really nicely*. However, what we can say is that we are always optimizing for user value and relevance. For example, just the other day Ev was saying that we should totally find ways to “give props” to users adding value on the system in a way that is organic to how people are already using Twitter.

Someone told Ev that “give props” wasn’t something that people said anymore. Biz — or was it Jason? — then said that “shout out” was now a more common vernacular for a “kind mention of a homie” (Urban Dictionary).

Anywho, where were we?  Oh yeah, Twitter Shout Out™ and that freakin’ leak. Or was it a leak? Or was it after-midnight sleuthing? You tell me. Or, maybe the this is all some sort of some special tease to later to be revealed during Dancing with the Stars or, better yet, at halftime of an exhibition football game.  Speaking of which, whatever happened with the folks in Up With People?  Do you think they are really are still that happy?

*However, what we can say is that it’s not a product. It’s an internal account where Twitter employees “give props” to each other.

Seriously Sean, you’re a good sport and we want more statements like that in future!

Read next: No Surprise: Apple Stores Are Massive Cash Cows