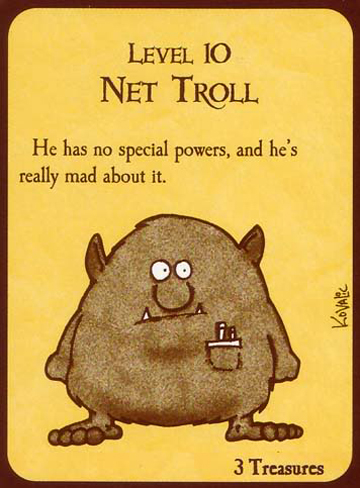 Now we’re all for non-traditional marketing tactics. However, I’d like to think that nearly everyone would have learned by now that trolling isn’t a measure that anyone should stoop to in order to increase their business.

Apparently the head of MOL, the company that recently joined with Facebook to bring Facebook Credits to Asia, didn’t get the memo.

OffGamers is a company that does microtransactions for game currency, and has a Facebook fan page. On it, the company did what many do in advertising one of its products.  Fair play.

What isn’t quite so fair play, however, is the first comment…and a number of comments that follow. The comment in question is left by a gentleman named Ganesh Kumar Bangah. If the name rings a bell, that’s because a quick look at Bangah’s LinkedIn page shows him to be the Co-Founder, President and CEO at MOL. Here at TNW, we’re all about a good rivalry. However, Bangah has taken things a bit too far. As you can see from the screenshot, Bangah not only left the trolling remark as the FIRST comment on the OffGamers ad, but then went so far as to insinuate that those who would buy from OffGamers are less intelligent than those who would patronize MOL.

The comments have persisted now for well over 48 hours, and there doesn’t appear to be any signs of slowing.  The overwhelming majority of comments are in support of OffGamers, with many people claiming distaste for MOL over Bangah’s comments.

Bangah, for his part, decided to take his toys and go home sometime yesterday, but not without a parting jab:

What’s quite interesting about the ordeal is that time and again Bangah talks of MOL’s embrace of social media. However, in view of his very public remarks, it’s quite obvious that the MOL CEO doesn’t quite grasp the concept of what his words can do.

While there are clearly fans on both sides of this dispute, a commenter named Fiona Rachael has perhaps said it best by stating that this entire episode is a case study in what not to do in social media.