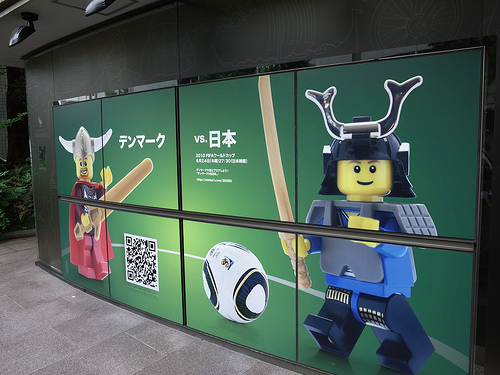 With over 100 million users it’s difficult to fathom how many people are posting to Twitter at any given moment. Add in the fact that the world’s eyes are focused on the World Cup in South Africa, the micro-blogging platform must have been host to millions of football related tweets in the past two weeks.

In a post on its official blog, Twitter has just announced that as the final whistle sounded at yesterday’s Japan vs Denmark World Cup group match, tweets were being posted so quickly that the match helped break a Twitter usage record with 3283 tweets being sent every second.

To put this in perspective, Twitter usually sees an average of 750 tweets-per-second. With the World Cup in full swing these averages have seen consistent spikes, especially as many of the games have been played simultaneously.

Japanese tweeters helped break the record that was previously held by the LA Laker victory over the Boston Celtics, a record that stood at 3,085 tweets-per-second. Although the game was played at the same time as The Netherlands/Cameroon match, that match finished six minutes earlier than the Japan game, meaning Twitter was able to record the exact number of tweets sent during one independent event.

3283 tweets sent every second, that’s 196,980 every minute. Just shows you the behemoth that Twitter has become.

Read next: You see what happens when you blow a vuvuzela in a dog's face? You SEE what happens!?