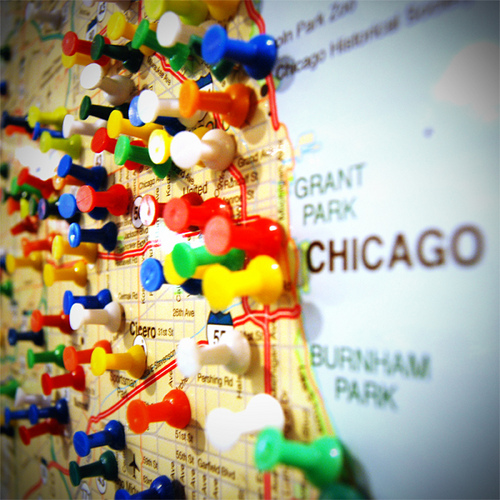 Twitter has always been about telling people what you’re doing, and sometimes where you’re doing it.  With the newest feature, Twitter Places, the where just got a whole lot more important.

Starting today, you can tag Tweets with specific places, including all World Cup stadiums in South Africa, and create new Twitter Places. You can also click a Twitter Place within a Tweet to see recent Tweets from a particular location. Try it out during the next match—you will be able to see Tweets coming from the stadium.

Foursquare and Gowalla integration means that you’ll be able to publish your check-ins from those services to Twitter.  Twitter has worked hand in hand with the two services to provide a really integrated feeling.

65 countries around the world will be getting Twitter Places over the next week, so check the Add Your Location link below the Tweet Box on Twitter.com.  More browsers can also add location as Safari and IE join the Chrome and Firefox club.

Twitter also has some other toys for us.  API functionality will let devs integrate Twitter Places into existing and new apps.  Say hello to the next generation of 3rd party Twitter applications.  This is the big story for people who have been griping about the rise of Twitter’s self-sufficient status.

As this new door opens, especially with the Foursquare and Gowalla integration, you can bet that we’ll be seeing a flood of new 3rd party applications for Twitter once more.  The services has always had a fond relationship with devs, and it’s good to see that’s maintaining even with new features.

Until this point, there’s been a noticeable line between location services.  You used one or another, but were never really able to effectively combine them.  Even top-layers such as WeReward didn’t really bridge the gap.  With Twitter Places, that bridge has not only been built, a bar has been raised on it as well.  Let’s face it, if we don’t have to bridge our connection-based applications, if that’s already done for us, we’ll be much more likely to use them.

It’s also great news for sites such as Foursquare that are dealing with the issue of low revenue potential.  When you add Twitter’s user base to your own, you’re talking about growth of a service that’s potentially endless, and already massive.

Read next: Design is easy as pie