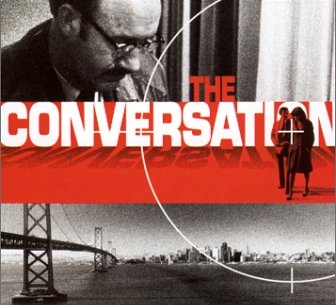 As Twitter continues to gain users by the tens of millions while preparing to roll out its range of “Promoted” tweets/trends/users you-name-it-they’ll-promote-it advertising platform, a debate is forming among users and bloggers about what the future of Twitter will be: will it stay true to its roots as a conversation platform, or will it continue down what many see as a path to a media/publishing service?

I am here to argue that for Twitter to succeed in the long-term and continue to be a transformative utility in how we communicate, Twitter’s management should do whatever it takes to ensure that the platform stays a conversational one. Here’s why, in order of importance:

1. Anybody can be a media company

To be a media company, you have to produce content (or have someone do it for you, such as your users) and then push that content out to the mass public. While not maybe a dime-a-dozen, there are many media companies out there, from television networks, to (dying) newspapers & magazines, to YouTube, radio, countless blogs and well, many other websites. Media companies compete for advertising dollars to survive and thrive. If one goes down, we just switch the channel, type in a new address or pick up another paper. None of them are essential – all of them are frankly, expendable. Is that what Twitter wants to be?

Twitter has the opportunity to be essential and unique as a conversational platform. There simply hasn’t been anything like it before, and if Twitter goes the way of a media company, another service will almost certainly step in (Scoble today pitched Buzz for this role) to try to take away what Twitter has worked so hard (and with all those fail whales, you can bet it’s been hard on all of us) to build to this point.

Since it seems like a done deal that Twitter’s business model is advertising (and we’re pretty sure it was always what it was going to be) the best thing that Twitter can do to charge high prices in the long-term is to keep engagement as high as possible. Say what you will about Facebook, it has tremendous engagement, and advertisers and brands know this. While they might be able to get great reach out of a media-company-Twitter, as we said above, there’s TV and other mass media for that (i.e. no matter what, Twitter will have to directly compete for this ad spend). Engagement means that people are paying attention, which means they are much more likely to notice (and act) on advertising. So conversation is good for Twitter’s bottom line.

3. A media path will separate users into a hierarchy

If Twitter continues down the media path, users will enviably be forced into either producer or consumer. Some users may be perfectly fine with that – they may be content to be a consumer or they may be inclined to be a producer, there are certainly both already on Twitter – but that is part of the problem here.

Twitter is already starting down this tunnel, and users (especially newer ones) are getting used to it. The problem is, that’s not what makes Twitter fun. Twitter is fun when users have conversations, not when information is being pushed one way. I’ll admit that at some point, people must have gotten a little sick of all the somewhat pointless “communication” going on and wanted more substance (i.e. sharing links to longer stories) which at some point became a better gauge for many of who was interesting and who to follow. While the human element to pushing up links is nice (and RTs are great for publishers), in the end for users, we have RSS, Digg and StumbleUpon to name a few services for links, and maybe now a device that will RSS more engaging to use as well.

No, the real value of Twitter is in the conversations it generates and how it lets you get to know people. Perhaps we’ve all just more or less forgotten that and Twitter management is just reacting to the prevailing mood of its users. This is of course good business sense in most cases, but in this case, if users of Twitter don’t take the inititive to turn back the clock a bit and reinstate Twitter as conversational platform, it makes more long-term sense for Twitter HQ to start reminding us all why we jumped onto the whale in first place.

Read next: 3 Reasons Why Twitter Needs To Stay A Conversation Platform