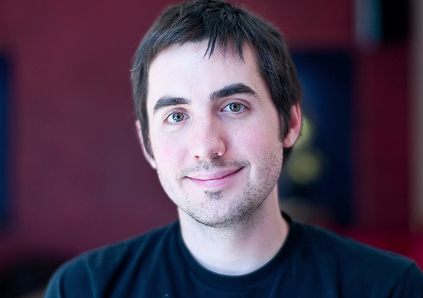 There were a whole scope of rumours as to why the shake-up was happening, the most significant being disagreements between Rose and Adelson about the direction of the company. The official statement came from Adelson who said it was a good time to do step down because of an”entrepreneurial calling” and now that Digg was well past “start-up” phase, it was time to move on.

Rose founded Digg in December 2004 and with Adelson stepping into the shoes of CEO in 2005, Kevin’s responsibilities gradually diminished as he focused more on angel investments and other projects. Today in an episode of The Random Show with Tim Ferris, Rose elaborated some more on what exactly went down. Rose says he was frustrated with the lack of product innovation at Digg and that was the primary incentive behind his decision to become CEO.

Rose went on to give a pretty detailed overview of his experiences so far, the role seems to be taking its toll. Words like “nightmare” and “stressed” cropped up, but he does retract – if only slightly – with “it feels really good.” The most significant stress he says is “keeping 90 people on the same page as to what’s going on in the company.” Understandable considering the company had barely a tenth of the number of employees back in 2004.

Rose says he’s working harder than he has done in years and while he’s got much to be excited about; the sites upcoming relaunch (alpha expected within a month), new features (one is expected every week) and the Digg iPad app (which will apparently surprise everyone)…he doesn’t intend on staying on as Digg CEO for very long.  The company is indeed looking for a replacement.

Listening to Rose’s thoughts later on in the show, you do get the sense that Digg is just a little too bloated for his liking – it’s a top 50 web property, 90+ staff and definitely some way from its humble start-up beginnings. Remember, Rose also has projects like Diggnation, Revision 3, a number of angel investments (Square, Gowalla, SimpleGEO, Formspring) and his life as a web celeb to go back to – a replacement pronto too would be on my cards too.

Read next: Google gets into the World Cup spirit.