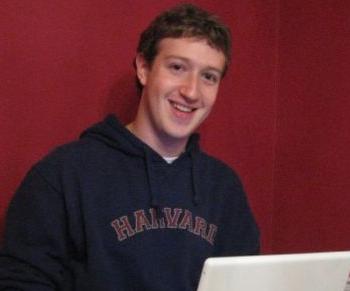 The entire world had its eyes on Facebook this morning as its founder Mark Zuckerberg outlined new privacy controls that the service will be implementing over the next several weeks. The company released a fully revamped user privacy suite, but will it be enough to calm the troubled seas?

Facebook and privacy have had more than a stormy relationship in the past, with public relations debacles like Beacon just a part of their history. Facebook’s rapid growth covered its tracks, allowing it to misstep without risking its future; its momentum helped carry it through rough several patches.

That changed, as you well know. The last weeks have been some of the hardest in the social giant’s history, with users in partial revolt over Facebook redefining privacy in a way that millions found to be egregious. The most belligerent Facebook users formed Quit Facebook Day to provide a voice to their concerns. Facebook had an egg on its face, and it knew it.

With its new Open Graph product, Facebook made much of a user’s information public unless they expressly turned it private. To the casual user it felt like a betrayal of trust. To Facebook it made everything more coherent and relative, but to its users it was unacceptable. The uproar caused Zuckerberg to admit that Facebook had “made a bunch of mistakes.”

And so with today’s announcement the question becomes have the new Facebook privacy settings done their job, will they quell unsettled users, and what will the impacts be in the coming months and years?

Are The New Controls Enough?

In short, yes. Covering nearly every base that you can name Facebook has revamped on-site privacy to be simpler to manage and understand, giving users the control they desire. Even more, Facebook has changed the standard handling of information, reducing the  “the amount of basic information that must be visible to everyone.”

If you had not heard, Facebook had made certain parts of your profile open not by default that you could change, but just open, and unchangeable.

Facebook has also changed the way that your data will interact with websites and applications. It is always something of a leery task to give an application the ability to post to your wall and the like, so Facebook wants to make sure that you have the power in your hands. You can even disable Facebook’s Platform completely, meaning that no websites or applications can access any of your information.

If you want to know more about the specifics of Facebook’s privacy controls, we have prepared a write-up of them in detail. Suffice it to say that the changes are large and plain enough to end the concerns that have cropped up since the introduction of Open Graph.

Enough To Quiet The Masses?

Facebook is in a strong position. Even during perhaps the worst period of user unrest in recent memory, the most public protest against the company, Quit Facebook Day, has only managed to attract 21,312 participants. That is not even 5% of Facebook’s daily growth. Put a different way, Facebook is still growing and that does not appear to have changed despite the noise.

The privacy controls were designed to meet the complaints that have been raised head on, and they do so well enough to keep any person of no more than moderate discomfort with Facebook on board. Facebook will lose some users, and already has, but it can absorb the loss.

The people who have left seem to be technologically minded people who do not need Facebook for a personal ‘page’ about themselves, and are indignant. That is a demographic that Facebook can afford to lose, especially now as it is signing up nearly everyone else.

This is a good medium privacy point for Facebook to rest at. If they are watching their users careful, Facebook will rest on its laurels here as a position of compromise in regards to data privacy. These new controls are still a radical change from the early days of Facebook, showing that that Facebook has accomplished many of its goals; it is hardly losing today or throwing in the towel on its vision.

The more data that is open, the happier Facebook is. Their actions to limit personal privacy and expand public sharing prove this.

And so Facebook has almost played the game brilliantly, pushing people to 200% of their comfort zone, and then relenting back to 150% with everyone’s consent. Facebook has convinced the average user to share more without animosity. And some people claim that Facebook just got lucky, nonsense.

Of course, Facebook might not leave things as they are. They might continue with their pushes to reinvent privacy whether their users like it or not. That would be not only arrogant but detrimental to Facebook’s long term prospects as the defacto social leader in the world.

There will be in the next few years a new social product that will rival Facebook. What it will be, who will build it, and one thousand other questions remain, but it will come about. Facebook wants its users to be as content, happy, and entrenched in Facebook as possible when that day arrives. If the company continues to estrange users by telling them how to be social, Facebook will not fair well against that new competitor. However, if Facebook leaves things as they are, and works on user outreach and support, the company will be able to stem any future tides of leaving users.

Facebook, listen to the world, we don’t want to share as much as you want us to. For now we are staying put under some protest, so take care of us and we will keep you relevant.

Read next: Can I Touch Them?