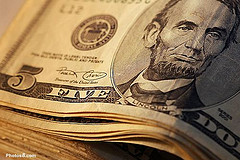 Facebook’s Developer Blog has posted some impressive numbers regarding the implementation of their Open Graph API since their f8 developer’s conference just a few weeks ago.

According to Facebook, over 100,000 websites have implemented their “social plugins” (which are much easier to use versions of the old Facebook Connect widgets), with most of those installed plugins most likely the simple “Like” button (count The Next Web among them).

Some other numbers mentioned include higher referral traffic from Facebook.com, including a 290% spike for The Washington Post, and 250% for ABC News. Also, IMDB users have produced over 350,000 Likes.

Want to test just how popular Facebook’s new plugins are? Go and visit your five favorite blogs, check and see if a single one has not installed the new plugins. We bet that they all have. Why? The same reason the Washington Post jumped on them so quickly, for the potential traffic bump and extra visibility on the giant social network.

Facebook is becoming a hub that collects information and activity from external websites, and then sends users to where that data originally came from. With an equation like that, Facebook is offering quite the value proposition with its plugins, making it no large surprise that in just 20 days or so 100,000 webmasters have taken the time to install the HTML they require.

For more analysis on likes, read Zee’s “The Like Revolution” from yesterday – and don’t forget to Like it!