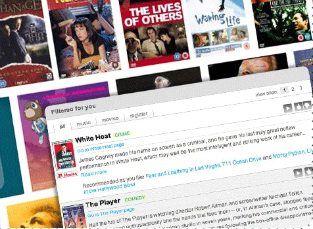 Facebook, you see, is a behemoth of an experience, bringing sensory overload unless you give the beast constant attention. Leave Facebook for just a day, and your hundreds upon hundreds of friends will have spammed the whole deal enough to give you inbox-cringe when you visit the next.

But there was Facebook Lite for the people, admittedly we were always a minority, who just wanted keep up with a few friends, and you use Facebook to view a handful of photos. Facebook Lite was literally perfect for that. No more, so what to do? Let’s take a look.

I must admit some level of fanboy-respect for Facebook Lite, if you had not noticed yet. It was excellent for keeping lame games and spammy updates away, it was the fastest way to get information, and it was so simple that it was hard to hate, as it did so little.

But more than that, it was Facebook. Without all the bells, whistles, add-ons, and flim-flams that so pollute the Facebook experience today. It was pure.

Is There Anything To Replace It?

All that is for naught, the service is gone. Facebook had this to say:

Thanks to everyone who tried out Facebook Lite. We’re no longer supporting it, but learned a lot from the test of a slimmed-down site. If you used Lite, you’ll now be taken to the main Facebook.com site.

That leaves little room for equivocation. Go ahead and try it, the redirect is dead-live. We now have to move on to something else. First of all, regular use of Facebook.com is out. I refuse, and you should as well. It looks like this:

We are left with the only other two things that I have found to be at least mild replacement for the beloved and dead Facebook Lite: Facebook on Tweetdeck and Pip.io. Neither provides a full Facebook experience, but both have a simple feed that is a mere shadow of Lite.

In other words, nothing provides an experience that fuses simplicity and the important features as Lite did.

Who wants to code a new Facebook Lite using Facebook’s APIs? I will pay! $5 a month for Facebook Lite 2.0, Offsite Edition. Trust me, I am not the only one.

Facebook, please let us use Facebook Lite. I understand that it won’t work with new Facebook features over time, but I do not mind. I’ll take the crap on my end. Just let me back in. Please, for all of us.