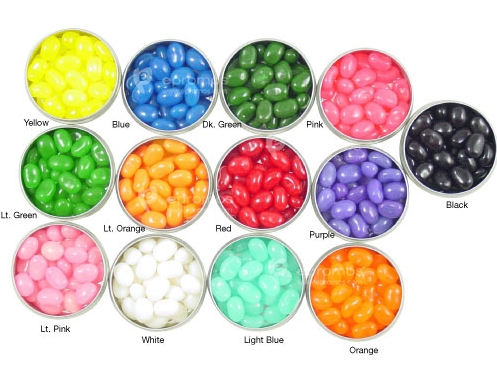 He explains the main motivation behind the acquisition of Tweetie was to remove the confusion that many new users would find when visiting the app store looking for “Twitter” and never finding what they were looking for because most apps aren’t called Twitter (that’s because Twitter won’t allow them to of course).

Sarver also claims that this doesn’t mean the end for other iPhone Twitter clients. There will apparently never be an “official’ twitter client – it was a mistake and “you won’t see that language used with Twitter clients in the future” he says.

He concludes by assuring that Twitter is still very focused on building its platform and that is what Twitter’s upcoming developer conference Chirp will be about.

“This week will hopefully show that we are focused on building a platform that no longer just mirrors twitter.com functionality, but offers you raw utility that provides much greater opportunities to innovate and build durable, valuable businesses. I also want this week to be an opportunity for us to get together and discuss the future of the platform and how we can improve our communication, responsiveness
and clarity.”

It’s difficult to know what to make of the entire message really. On face value, it’s Sarver and Twitter looking to make peace with its developer community just ahead of its developer conference Chirp. Sarver was kind enough to even leave his phone number in his post. On the other hand, it sounds like the message could have been the result of of a Twitter management meeting that left Sarver with the job of reaching out the community and tell them things like:  “people get confused” in the app store. Surely a ‘recommended Twitter clients’ list on the main website when getting signed up would have done the trick.

When all is said and done, the Twitter client market is dead, a winner has been chosen. The same happened for Twitter search and it will happen again for any other Twitter app niche.  But for apps like Tweetdeck (who really should consider changing its name) and Seesmic, who have been savvy enough to target multiple platforms, the game is just getting started and as more popular social sites appear on the scene, be sure to see multiplatform clients licking their lips with excitement.

There are approximately 70,000 applications in the Twitter ecosystem and Twitter is going to have a hard time trying to wipe all of them out. No instead, it will focus on the most popular and do its best to deeply integrate them into the Twitter family.

For the less popular apps out there, Twitter is still there for you.

Sarver’s full message to developers can be read below:

“I wanted to email everyone and share my thoughts on the acquisition from Friday, the communication around it and where we are going from here. We’re incredibly excited about Chirp, and I think an open dialogue going into it is important. I look forward to meeting many of you there and continuing the discussion.

We love the Twitter ecosystem and work hard every day to help support you and make the platform you are building on as successful as it can be for everyone involved. We love the variety that developers have built around the Twitter experience and it’s a big part of the success we’ve seen. However when we dug in a little bit we realized that it was causing massive confusion among user’s who had an iPhone and were looking to use Twitter for the first time. They would head to the App Store, search for Twitter and would see results that included a lot of apps that had nothing to do with Twitter and a few that did, but a new user wouldn’t find what they were looking for and give up. That is a lost user for all of us. This means that we were missing out an opportunity to grow the userbase which is beneficial for the health of the entire ecosystem. Focus on growing and serving the userbase is beneficial to everyone in the ecosystem and more opportunities become available with a larger audience. We believe strongly that the ecosystem is critical to our success and this move doesn’t change that. We have analytics that show our most engaged users are ones that use SMS, twitter.com AND a 3rd-party application. It further proves that there are different audiences and needs that we can never meet on our own and we all need to work together to provide what is best for the users. Once I understood the long-term view I strongly believed it was not only the right thing to do for users, but the right thing to do for the ecosystem as a whole.

To be clear, we are going to work hard to improve our product, add new functionality, make acquisitions when it’s in the best interest of users and the whole ecosystem at large. Each one of those things has the potential to upset a company or developer that may have been building in that space and they then have to look for new ways to create value for users. My promise is that we will be consistent in always focusing on what’s best for the user and the ecosystem as a whole and we will be sincere and honest in our communication with you.

To the point that we can, we will try to give more certainty about the areas where we think we can maximize benefit to users. We will continue to focus on what is best for users and we will work together to make sure that we are creating more opportunities for the ecosystem on the whole. We will also admit our mistakes when they are made and the Blackberry client should never have been labeled “official”. It has since been changed and you won’t see that language used with Twitter clients in the future.

This week will hopefully show that we are focused on building a platform that no longer just mirrors twitter.com functionality, but offers you raw utility that provides much greater opportunities to innovate and build durable, valuable businesses. I also want this week to be an opportunity for us to get together and discuss the future of the platform and how we can improve our communication, responsiveness and clarity. We have an open office hours at 10:15am on Thursday at the Hack Day and I invite all of you to come by for a discussion to talk about the future of the platform and help us craft a working relationship that is beneficial for both of us. I will provide a free ticket to anyone from this list that is unable to afford the current price so that they can be part of that discussion. Just email me directly. For those of you who can’t make it to Chirp, it will be live streamed so you can tune in from home — where ever home might be.

As always, you can reach me by email or by phone, 617 763 9904. I am here to listen and provide clarity when possible and you should know we are committed to working with you on this.

Read next: Google: iAd will help the AdMob purchase.