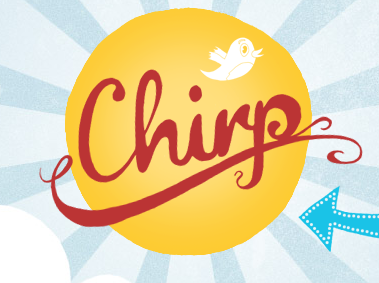 Twitter is hosting a conference this year called Chirp for the Twitter developers of the world. The conference will be taking place on the 14th and 15th of April, in San Francisco.

The two day affair consists of a day of topical speeches, followed by a hack day for the assembled masses. With the Twitter elite from around the world in the same room, who wants to bet that something amazing comes out of the second day?

Scheduled speakers include Ev Williams, Ryan Sarver, Biz Stone, and Dick Costolo — all who hail from Twitter. The conference costs $469, and you can buy a ticket here via Eventbrite. The conference is being hosted at the Palace of Fine Arts Theater on the first day, and Herbst Pavilion in Fort Mason for the second.

Topics to be covered according to Twitter are: OAuth, streaming, geolocation, business strategies, mobile integration, and the forthcoming Twitter roadmap.

Also, Twitter is promising something special just for the developers: “Sneaky Peeky At Twitter’s Un-Released API Features.” Who can say no to that if they live and die by that API? If you know where to listen, Twitter has never been overly tight-lipped over API developments. Perhaps further wraps will be pulled from the Contributer API, or the Firehose API will be loosened even more.

Twitter has released the first 100 tickets right now, and will be releasing more in the coming weeks. They are running announcements from the @chirp Twitter account.

Read next: All Carriers Likely To Carry The iPhone In US