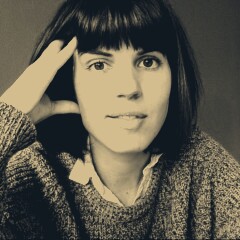 In the business world, the word “innovation” is severely overused. Every self-respecting multinational seems to run an innovation hub or tech lab; rooms with colorful post-its on the walls that supposedly spur technological breakthroughs, but, in reality, don’t result in actual change. In 2015, entrepreneur Steve Black even coined a phrase for this phenomenon: innovation theater.

For Philips, innovation has never been make-believe. During its 130 years of existence, the company has continuously launched new, even revolutionary ideas — first in consumer electronics, and these days in digital healthcare.

Enter Jeroen Tas, current Chief Innovation & Strategy Officer at Philips. Tas already ran a tech lab back in the ‘90s, when he was developing new payment solutions for Citibank, and has helped companies innovate ever since.

In his current role with Philips, Tas looks at emerging technologies such as artificial intelligence, robotics, and the Internet of Things to make digital healthcare more sustainable and efficient. In this video, Tas offers an insight into the near future of medical healthcare — with AI as its protagonist — while practicing one of his favorite hobbies, kitesurfing.

Unwind with Boris is brought to you by Polestar.