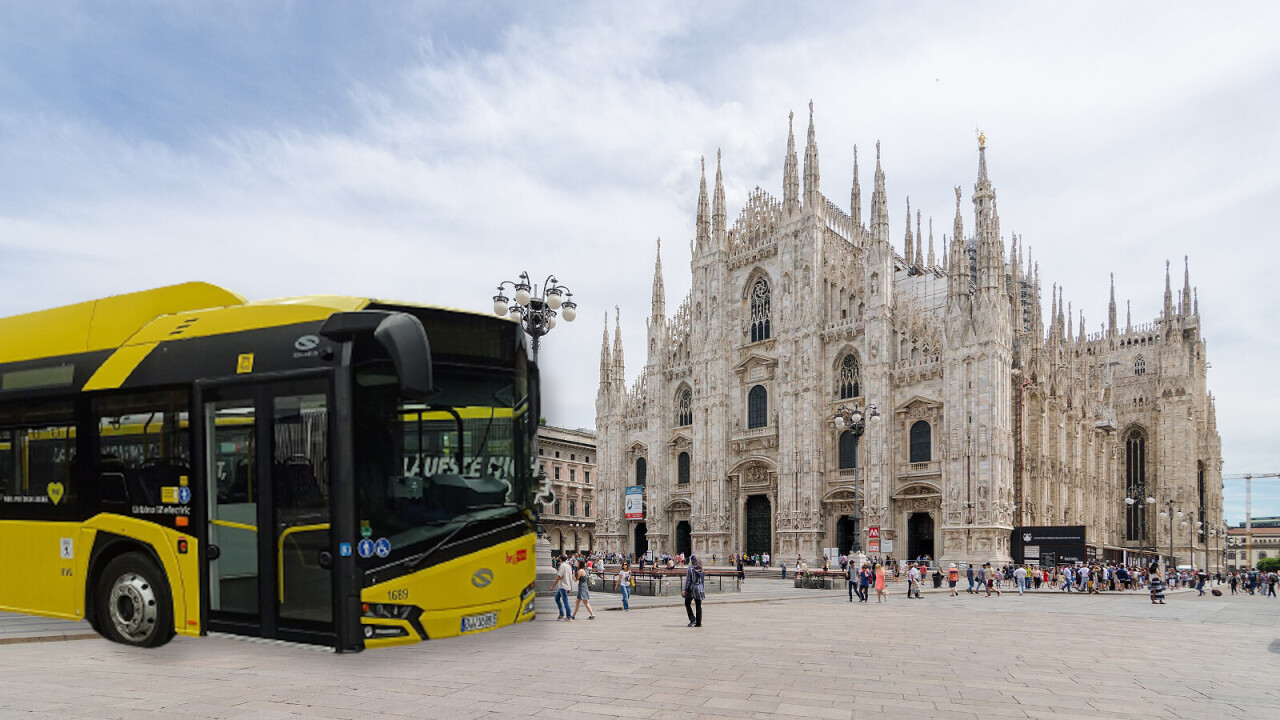 A public transport operator in Milan, Italy is lowing its fleet emissions by doubling down on electric buses.

According to Electric Cars Report, bus operator ATM has ordered 100 electric buses from Solaris. The city already has a bunch of electric buses in operation after taking delivery over the past two years.

Solaris is expected to fulfil the order in the first half of 2021. At this point there will be 275 zero-emission Solaris vehicles carrying passengers around the streets of the Italian city.

In 2018, Milan debuted electric buses — also made by Solaris. The latest order of 100 buses, appears to be Milan’s single biggest electric bus order.

Milan isn’t the only European city that’s making the shift to electric buses.

Further north, Sweden has been betting big on electric buses made by Volvo — obviously. All being well, by the middle of next year Sweden is expected to have hundreds of electric buses in operation.